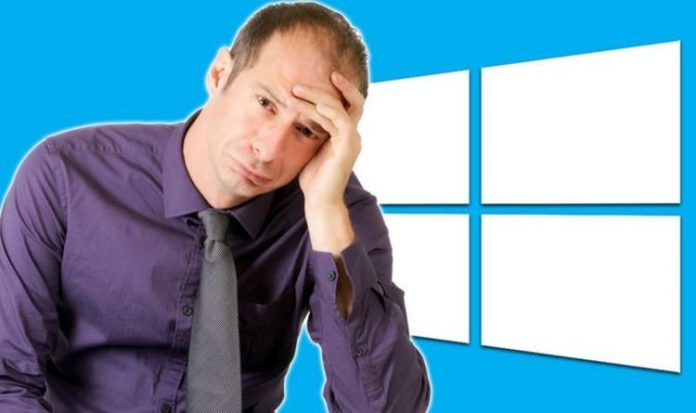 Windows 10 users might be having second thoughts about downloading the recently released Windows 10 October Update. That’s because the latest software updates from Microsoft seem to have caused some pretty serious issues with the hugely-popular operating system, including breaking the File Explorer, which is used for, well, just about everything. The updates, known as KB4579311 and KB4577671, were s’posed to fix security issues with Microsoft Office.

Windows 10 users who are still running the May 2020 and November 2019 updates can update to the new version, October Update. Unfortunately, users that have installed these patches have reported it breaks a key feature of the Microsoft OS – the File Explorer.

File Explorer is an absolutely pivotal part of Windows 10 which, as the name suggests, lets users access and arrange files on their hard drive. And as reported in a post by Windows Latest, the October update has caused the crucial programme to break and crash for plenty of users.

Highlighting the issue on the Feedback Hub, one Windows 10 user wrote: “Taskbar constantly appearing and disappearing, obviously explorer crashing. Happens for about 30 seconds, then finally the desktop comes up and Explorer starts working”.

READ MORE: Beware of this Windows 10 update, it could be malware in disguise

While on Reddit another posted: “Explorer keeps restarting after login. After some 5 minutes it stops and system becomes responsive. Doing a restore, hopefully it will help.”

And these File Explorer problems are just the tip of the iceberg when it comes to issues with the Windows 10 October update. Windows Latest has also reported that the most recent Windows 10 patch also causes major issues with Action Centre.

They wrote: “Earlier this week, we experienced a strange Windows 10 problem that prevented our Action Center from opening. Every time we clicked on the Action Center or used Win+A key, we were served with a completely blank Action Center. Unfortunately, fixing the problems with Action Center isn’t simple at all. I tried rebooting File Explorer and signout out and back in again, but nothing worked. After multiple systems reboot, I was able to access the Action Center again, but the same problem reappeared.”

While on the Feedback Hub one Windows 10 user affected by the Action Center bug added: “October 13, 2020—KB4579311 update is causing Explorer to be unresponsive after rebooting. It’s causing my start menu and notification screen to be irresponsive for at least 20 mins before they were operating normally”.

Windows 10 users have also reported that the cumulative update is causing printer issues, while others have reported screen flashes and black screen problems.

Other Windows 10 users have noticed issues with their internet connectivity since downloading the October Update.

If you’re experiencing issues with the Windows 10 October update then you can rollback to a previous version of the OS. But make sure you have important files backed up before you do this in case anything goes wrong.

If you do decide to remove the Windows 10 October update then you’ll be missing out on the security fixes it brings to the table as well as the other improvements to Microsoft’s flagship OS.