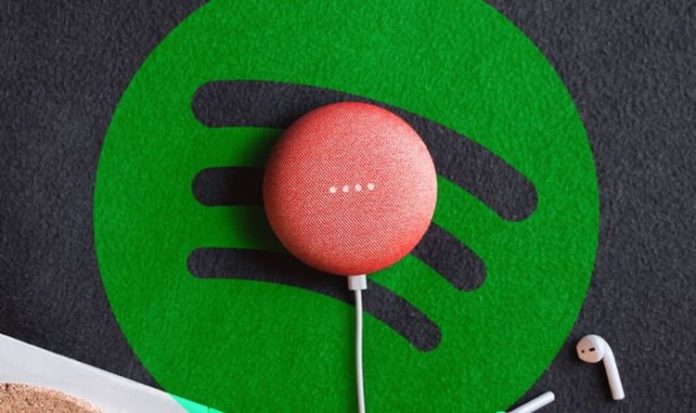 If you enjoy blasting your favourite playlists, podcasts and albums from Spotify to any Google Nest smart speakers, smart displays or Chromecasts in your home… there are some changes coming around the track. While those who pay for a Premium account (prices start from £4.99 a month for students, £9.99 for everyone else or £12.99 for couples) will still be able to use Google’s Cast technology to play music wirelessly on their Nest connected speakers. But those who use a free advertisement-supported account will lose the feature.

The ditched feature was revealed by Google-centric blog 9to5Google, which was the first to spot that Spotify had quietly retired the feature from its free accounts. If you launch the Spotify app, start playing a song and then hit the Cast button – free account users will be presented with a “Premium only” notice.

Bafflingly – at least for now – if you pair your free Spotify account with your Google Account inside the Google Home app, which is used to manage all Google Assistant-compatible smart home devices like Nest thermostats, LIFX bulbs, video doorbells and Google Nest smart speakers, you can still use a “Hey Google” voice command to request your favourite track, podcast or playlist.

It’s unclear why this avoids the limitation of a free account right now, but don’t expect that workaround to be available for much longer if Spotify wants the ability to listen on smart speakers to be a major differentiator between its free and paid-for streaming accounts. Until now, the ability to pick individual songs (not simply listen to an album or playlist on shuffle) and with no adverts were the two bonuses of paying for a Spotify Premium account. Only Premium subscribers are able to download tracks for offline playback on the Underground, a plane flight, or when you don’t fancy using your 4G data allowance.

Spotify hasn’t confirmed whether this change will impact non-Google Assistant devices. For example, Amazon Echo – the most high-profile smart speaker rival – also allows subscribers to play tracks with a request to chatty AI assistant Alexa. Most recent speakers from Sonos include support for both Alexa and Google Assistant and the Sonos app includes the ability to pair a Spotify account. Will both of these be blocked for free account owners too?

If so, there’s likely going to be a lot of miffed Spotify users. During its most recent earnings call, Spotify confirmed that it expects to hit 427 million monthly active users and 184 million paid subscribers before the end of this year. While it’s clear that to boost its bottom-line, Spotify needs to push as many of those 243 million listeners with ad-supported accounts to its paid-for tiers.

However, those who have paid for smart home kit expecting to be able to listen to their playlists and podcasts (albeit with adverts at regular intervals) are likely to be annoyed their new purchase is less useful without a £9.99 a month direct debit to Spotify.