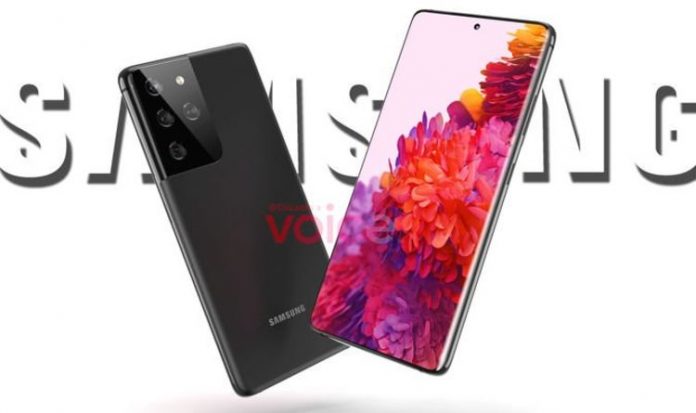 The S Pen stylus is the trademark feature of the brilliant Galaxy Note series from Samsung. It lets smartphone owners quickly make handwritten notes, annotate screenshots, and sign PDFs on-the-go without the need to print anything – or even sit down at a desktop or laptop computer. In recent years, the Galaxy Note and Galaxy S series of smartphones have become more similar with some of the previous differentiators (Galaxy Note was previously known for its larger screen sizes and boxier designs) now completely fading away.

However, the S Pen stylus has remained an exclusive feature of the Galaxy Note. But that could all be about to change.

A new leak from WinFuture, which has a pretty good track record when it comes to as-yet-unreleased hardware, suggests the next Galaxy S21 – the follow-up to the Galaxy S20 launched at the start of this year – will support the stylus.

But while that might sound great, there’s a small catch that means you’ll probably be better keeping your Galaxy Note in your pocket for now.

According to WinFuture, the Galaxy S21 won’t include a holster to house the S Pen stylus. Instead, you’ll need to carry it loose in your pocket. With any luck, Samsung will introduce a case that protects your shiny new smartphone and includes a small pouch to keep your S Pen safe.

Even so, there still leaves one small issue. As it stands, the holster inside the Galaxy Note is used to wirelessly charge the S Pen. Without one built into the Samsung Galaxy S21, how will those who rely on this stylus to sign important documents, create GIFs, or just doddle to kill some time ensure the accessory is always charged and ready to use?

It’s possible that Samsung will create a new variant that charges using the reverse wireless charging built into the rear case of the latest Samsung smartphones. As it stands, this technology is used to recharge wireless earbuds, like the Galaxy Buds, or a friend’s smartphone that’s in the red.

For years, whispers have circulated that Samsung is planning to combine its two flagship smartphones series – the Galaxy Note and Galaxy S – into a single range. This is purportedly to make room for the new breed of foldable handsets, sold under the Galaxy Z brand name.

This is something Samsung itself has hinted at pretty recently.

Samsung mobile chief TM Roh, who took over the reins from DJ Koh, has posted a blog post that hints that the first hardware event for the South Korean company will take place in January. Nothing is confirmed, but the blog post heavily hints that S Pen support will come to more phones, including less expensive options.

Roh writes that Samsung plans to “add some of its most well-loved features to other devices in our lineup,” which adds some weight to the report from WinFuture.

The latest report from WinFuture also includes some other details on the Galaxy S21. With a 6.2-inch touchscreen, the Galaxy S21 is reported to include four colour options, including grey, white, pink and purple. Meanwhile, there will be a second variant with a slightly larger screen, clocking in at 6.7-inch. The latter will be called Galaxy S21 Plus. Renders purporting to show the final designs of both of these handsets have been posted by veteran leakster @OnLeaks, which has an unmatched track record. These were shared on Voice.com.

So far, this is pretty similar to what we’ve seen from the Galaxy S20 series. Likewise, there are no surprises on the storage front either, provided the information obtained by WinFuture is correct.

Starting at 128GB, there will also be a 256GB option for those who need a little more memory. The same goes for the Galaxy S21 Plus too. As always, Samsung will offer expandable storage via a microSD to add up to 1TB for those who record a lot of 4K video footage, download movies for flights, and more.

Based on previous leaks from other sources, the Samsung Galaxy S21 is tipped to be powered by Qualcomm’s new 5-nanometer Snapdragon 888 system-on-a-chip. This all-new processor should provide a welcome speed boost as well we greater efficiency, which should add to the battery life – even if the size of the battery remains the same. However, early benchmarks suggest that the latest from Qualcomm is still trailing behind the iPhone 12.

As always, we won’t know whether these reports are accurate until Samsung reveals the next-generation handset on-stage next year. So, until then, it’s worth taking these rumours with a pinch of salt. Express.co.uk will have all of the latest information from Samsung as soon as it’s confirmed.