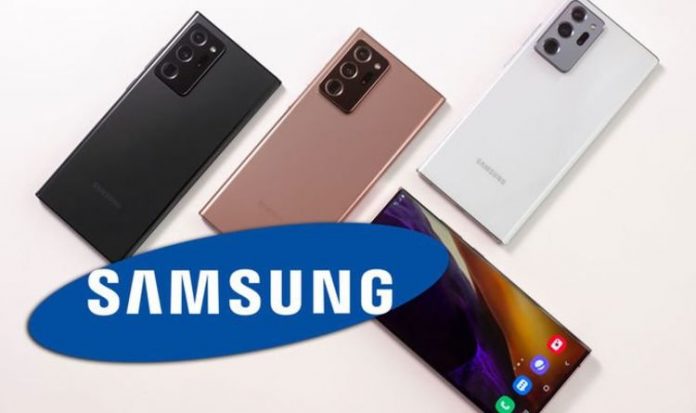 Samsung is seeing record growth again – despite the uncertainty caused by the ongoing public health crisis. Samsung Galaxy Note 20 and Galaxy Z Fold 2 were highlighted as one of the main drivers behind the Seoul-based firm’s most recent financial quarter of the year. In Q3 2020, Samsung has remarkably seen smartphone sales increase by over 50 percent compared to the same period in 2019.

This year-on-year sales increase is made all the more impressive by the shadow that the coronavirus pandemic has cast on the smartphone industry as a whole and the worldwide economy. Samsung also reported a growth in their display business, which helps provides the OLED displays seen in rival handsets, such as the recently released iPhone 12.

While the South Korean technology company saw an increase in the amount of other components such as memory chips and graphics card that they provide. In Q3 2020, Samsung overall posted an operating profit of 9.27trillion won, which is £6.35billion.

Despite this impressive financial performance, it’s not all good news with Samsung expecting a fourth-quarter decline to cap off the year.

The world’s biggest smartphone maker cited weak memory chip demand and intense competition in the smartphone and consumer electronics for their Q4 prediction. In a statement, Samsung said: “Looking ahead, Samsung Electronics expects profit to decline in the fourth quarter amid weakening memory chip demand from server customers and intensifying competition in mobile phones and consumer electronics.”

In other Samsung news, recently rumours have been swirling around about what the smartphone giant has planned for their next flagship device.

Earlier this week Express.co.uk reported on new leaks which claimed to reveal all on the design of the Samsung Galaxy S21.

The leaks came courtesy of serial tipster @OnLeaks as well as reliable leakster Ishan Agarwal, who has an incredibly strong track record. And for anyone that’s hoping for a major shake-up to the Samsung Galaxy line-up with the S21 there’s some bad news.

First up, the leaked renders from @OnLeaks show a Galaxy S21 Ultra that is “almost identical” in design to its predecessor.

Elsewhere Agarwal gave some information on the specs of the Galaxy S21 Ultra, which allegedly will sport a 6.8inch AMOLED display with an Infinity-O design. This display size is 0.1inch smaller than the one fitted to the Galaxy S20 Ultra which launched earlier this year.

The Galaxy S21 Ultra is expected to have the exact same battery size as its older sibling (5,000mAh) but should be more efficient thanks to the next-generation Qualcomm Snapdragon or Exynos chip that powers the flagship.

The Galaxy S21 Ultra is rumoured to keep the same quad camera set-up that the S21 Ultra introduced along with the 100x zoom capabilities. While the S21 Ultra will also have similar dimensions when it comes to thickness as the S20 Ultra. So, from the looks of it it could be more of the same for Samsung fans when the Galaxy S21 range launches next year.

But there is one crucial difference, which fans are likely to be not too happy about. And that’s because rumour has it Samsung are going to take a leaf out of Apple’s book by removing the bundled-in headphones and charger from future handsets.

Apple introduced this with their iPhone 12 range, which has led to smaller packaging that in turn helps reduces carbon emission which the Cupertino-based tech giant says will be overall better for the environment.