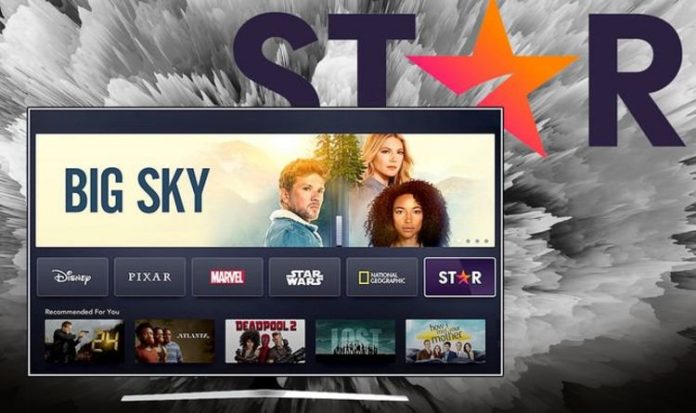 Disney will double the amount of content available on its Disney+ streaming service this month, bringing 75 new TV shows (often with multiple seasons to binge through), more than 270 movies, and four exclusive new shows. On top of that, Disney has promised to add new titles to the line-up every single month, which means it should be a long while before you run our of new shows and movies to fill your time during the latest national lockdown.

This truckload of new content is part of Star – an entirely new brand within Disney+. Current subscribers will be familiar with the current silos within the Netflix rival, including Pixar, Star Wars, Marvel, National Geographic, and Disney. Star will join these are the sixth tile in the main menu of Disney+ and will contain shows for more mature audiences, such as Desperate Housewives, Prison Break, Grey’s Anatomy, 24, Buffy The Vampire Slayer, Family Guy, as well as films like The Favourite, Die Hard 2, and Three Billboards Outside Ebbing, Missouri.

These four shows, which won’t be available anywhere else, join the likes of award-winning movies like The Grand Budapest Hotel, along with classics such as Pretty Woman, Die Hard 2, The Devil Wears Prada, and Moulin Rouge.

Jan Koeppen, President of The Walt Disney Company EMEA, said: “Star will be an integral part of Disney+, making it bigger, bolder and even more exciting. The arrival of hundreds of TV series and movies including our exclusive Star Originals will make Disney+ the premier destination for high-quality entertainment with something for everyone.

“Needless to say, all this comes with parental controls to give parents that peace of mind.”

Star viewers will also be able to benefit from all of the existing features baked into Disney+, including GroupWatch, which lets you synchronise your episode with friends and discuss in a private chatroom. Disney+ is already available on a dizzying array of platforms, from iPhone to Android, Samsung Smart TVs to games consoles, Fire TV to Roku. Sky Q set-top boxes also have a dedicated app, and customers can pay for a subscription to the video on-demand service on their monthly Sky TV bill.

Star will land on Disney+ on February 23, 2021. Unfortunately, all of this extra content comes at a cost.

Those who subscribe after February 23 will need to cough-up £7.99 a month – a price rise of £2 compared with the £5.99 a month subscription cost since Disney+ launched in the UK on March 24, 2020. Thankfully, Disney has confirmed that anyone who already has a subscription to Disney+ will continue to be charged the existing £5.99 a month fee for an extra six months. So while those signing up to Disney+ for the first time on February 23 will be charged £7.99 a month, those who already hold an account won’t have to pay that amount until August 23, 2021.

But – and here’s the really clever bit – if you pay for an annual plan before February 23, 2021, Disney has confirmed that it will honour that price for the entire 12 months of your subscription. So, you’ll be able to bag a year of Disney+ for £59.99, compared with £79.99 if you subscribe at the end of next month.

That’s such a good deal that existing subscribers might want to cancel their current monthly subscription and then purchase an annual plan for their existing account when your current month has expired. Of course, you’ll need to make sure the timing of your monthly Direct Debit lines up, otherwise you could be landed with the new higher price tag (and have cancelled your ability to continue at £5.99 a month until August).

Teasing its plans for the next year, which already include a packed slate of shows within the Marvel and Star Wars universe, Disney has confirmed that 2021 will see the premiere of new series Dopesick starring Michael Keaton and Rosario Dawson, The Dropout staring Kate Mckinnon, a slate of FX originals including The Old Man starring Jeff Bridges and new content from the Kardashian Jenners.