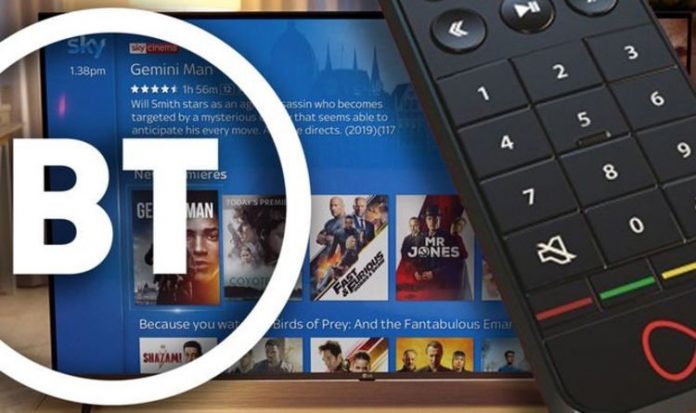 Sky continues to rule the roost when it comes to the best way of watching TV but its crown could soon be challenged by both Virgin Media and BT. Virgin has just announced that the launch of its new TV 360 service which will offer an easier way to find content, improved voice search and the inclusion of mini boxes which will beam content to other rooms.

TV 360 also gets some things you won’t find on Sky Q including personal profiles and the ability to watch telly in other rooms in glorious 4K quality.

Virgin hasn’t yet confirmed an official release date although it has said that TV 360 will be available for new and existing users before the end of the year.

Sky may be more than a little concerned about what is coming from its arch-rival but it may have even more competition launching soon.

A recent report has suggested that BT is about to join the TV upgrade party with the launch of its own hi-tech telly box.

As spotted by the eagle-eyed team at ISPreview, it appears that, during a recent BT business briefing, the telecoms firm hinted at a new service which appears to have some similarities to both that of Sky Q and the new TV 360 service from Virgin Media.

An image even shows what could be coming soon to BT with it including a seamless viewing experience whether at home or on your mobile and multiform capability which suggest some mini-style devices could also be coming to BT’s service.

Like Sky Q and TV 360, these additional boxes could make it easier to view television in other parts of your home.

Other extras look set to include better integration with services such as Netflix and Prime Video along with improved ways to watch premium TV such as Sky Sports, BT Sports and Sky Cinema.

There’s no more official news on what is coming or when customers can expect to see it. However, BT has confirmed that they are working on an upgrade.

Speaking to ISPreview.co.uk, a BT spokesperson said: “We continually look for ways to enhance the BT TV experience for our customers.

“Moving forward we have some exciting plans to develop, more innovation and features to allow customers to access the content they love, including the very latest in Set-Top-Box technology. We’re not sharing exactly when this is for now, but we’ll share this news with customers as and when we come towards launch time.”

Hopefully, there will be more news on a TV 360 release date and BT’s new telly service soon.