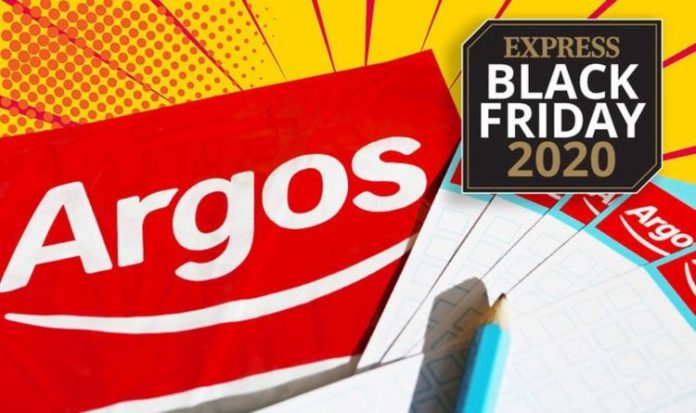 Black Friday officially begins in a few hours’ time and with the clock ticking down Argos has now revealed more items in its big sale event. The UK retailer has been running offers all week but now there’s even more bargains to be bagged. All of the new deals will be going live at 9pm tonight and include money off a 55-inch Samsung TV and Dyson Animal 2 vacuum.

There’s also a discount on the very latest Echo Dot smart speaker, which was only released last month, with this device now costing just £28.99 – that’s a saving of £21.

If you were hoping to buy some LEGO then there’s a bunch of offers on the brick-based toys with some sets reduced by as much as £56.

If gaming is then your passion, Argos has cut the cost of a number of PS4 and Xbox One games including The Last of Us Part 2 and there are discounts on accessories such as the Turtle Beach Elite Pro 2 Xbox headset.

It could be a busy few hours for the retailer. In a message on its website, Argos said: “Looking forward to our 2020 Black Friday deals? So are we! After all, it’s the biggest shopping event of the year.”

The retailer also confirmed that last year it featured 423 gaming deals alone with a whopping 5 million customers flocking to its website.

If you are looking for an Argos Black Friday bargain then here’s all the best deals available right now.

READ MORE: Stress-free Black Friday: How to get the best deals straight to your inbox