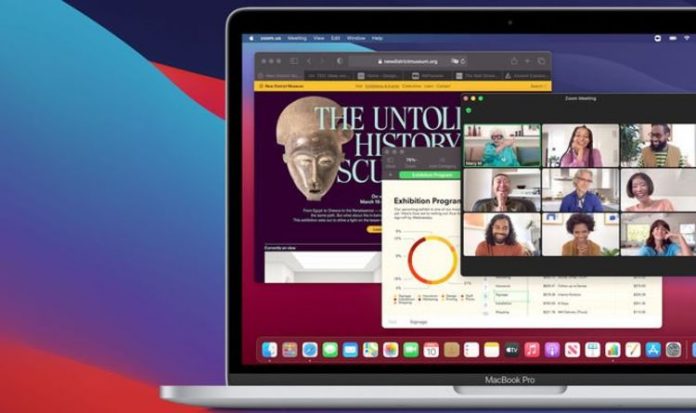 Apple is looking to completely re-imagine its MacBook Pro, analyst Ming-Chi Kuo has claimed. The fact this report comes from Kuo is a big deal – he has an almost unbeaten track record when it comes to Apple rumours, so you can be pretty confident in the information here. And that’s especially exciting as Kuo’s report suggests that Apple is poised to fix a number of issues Mac owners have had with Apple’s recent output.

First off, Apple is purportedly looking to add more ports to its next MacBook Pro model. The Californian company replaced all of the ports on its previous design, including an SD card reader, HDMI output and USB-A, with USB-C ports. Apple claimed that the versatility of USB-C, which can be used for charging, video output, audio output, data transfer and more, could be a strength for the MacBook Pro.

However, in practice, it has forced owners to carry around an array of adaptors and dongles to be able to connect to printers, cameras, external displays, and other gadgets. These adaptors can be easily misplaced and are pricey to replace (Apple charges £39 for its USB-C to SD Card reader alone.. something that was possible straight out of the box with pre-2016 MacBook Pro designs).

Unfortunately, Ming-Chi Kuo hasn’t specified which ports will make a return with the new form-factor, however, if Apple decides to keep the same slim chassis found on the current generation, that could limit which ports are available. For example, we wouldn’t recommend getting your hopes up that the ethernet port is about to make an unexpected return to the new models.

The latest MacBook design will also bring back MagSafe, Kuo claims. MagSafe was once a staple of Apple laptops, but can now only be found on competitors machines, like the Surface Laptop and Surface Pro range from Microsoft. As the name suggests, MagSafe used magnets to keep the charger connected to the laptop, this allowed the cable to be yanked away when from the laptop without pulling your shiny new £1,000 device onto the floor. Given how easy it can be to trip over a charging cable in a crowded office or airport, this feature saved a dizzying number of Mac owners from heartbreak. But like the selection of ports, Apple dropped the feature in 2016 in favour of USB-C.

Apple argued that USB-C would be an improvement as it would allow MacBook owners to charge their laptop from both sides – saving some awkward contortions in train and aeroplane seats to reach the plug. Whether that was worth the trade-off of charging cables being able to send the laptop flying when a pet or colleague tripped over your cable wasn’t clear. But the wide range of third-party solutions to bring back magnetically attached chargers suggests that plenty of MacBook owners didn’t think so.

According to Kuo, the new iteration of MagSafe will build on the system introduced with the iPhone 12 and iPhone 12 Pro in October last year. This enabled wireless chargers to attach to the back of the handset using magnets. Kuo hasn’t specified whether the return of MagSafe means MacBook owners will lose the ability to charge on the left and right-hand side ports on their laptop.

And finally, perhaps the biggest U-turn of them all, Apple is said to be stripping out the Touch Bar from its next MacBook Pro design. Apple introduced this small touchscreen, which replaced the physical Function keys that run along the top of the keyboard, with a bombastic fanfare back in 2016. The Touch Bar allowed developers to create buttons in software that would adapt to whatever was taking place on-screen. Apple said this would allow users to find features usually hidden away in complex menu hierarchies – but placing them front-and-centre at the top of the keyboard.

Apple also used the touchscreen to allow users to scrub through video by swiping along the small OLED display. And when typing in Messages, the company filled the Touch Bar with recently used emoji to make finding these popular characters easier. However, the feature never really caught on as Apple envisioned during its 2016 keynote presentation of the MacBook Pro design and a sizeable proportion of MacBook Pro customers prefer the feeling of physical keys beneath their fingers when typing or executing keyboard shortcuts they learned years ago.

With these changes, it really seems as if Apple is keen to convince longtime Mac owners who have stuck with their 2015 models or earlier that it’s time to upgrade. Following a few years of controversy, including the ill-fated Butterfly mechanism keyboard and poor battery life and performance as a result of sluggish chips from Intel, the next generation sounds like a worthy successor to the 2015 MacBook Pro.

Aside from removing these controversial recent additions, Apple is said to be shrinking the bezels around the display to squeeze more screen real estate into the same chassis. That will result in a new 14-inch MacBook Pro taking the place of the current 13.3-inch model in the line-up, while the 16-inch will remain the same. Kuo claims that Apple will tweak the design to be more square in the corners, bringing it closer to the look of the latest iPhone 12 and iPad Pro.

Like the MacBook models released late last year, which didn’t make any changes to the outside, Apple will use its own custom-designed processors for these MacBook Pro models. The first generation of chipset, known as M1, saw huge speed and battery life increases compared with the earlier Intel-based models. However, developers need to update their applications to take full advantage of the new silicon under the bonnet.

The new 14-inch and 16-inch MacBook Pro is expected to debut later this year, in Apple’s third financial quarter of 2021, Ming-Chi Kuo concludes in the latest note to investors.