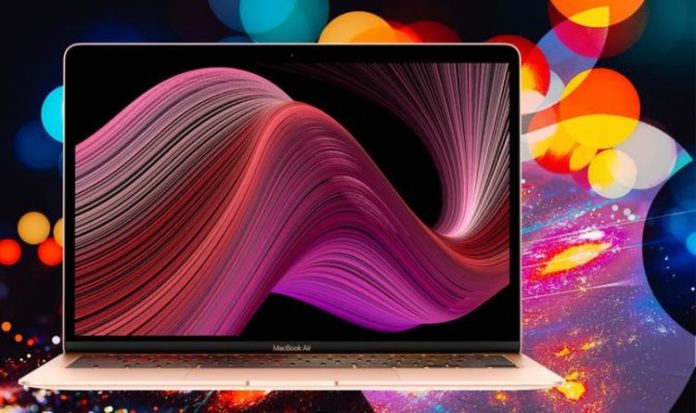 Apple held another product showcase earlier this year, where it took the wraps off a range of new Macs designed to work with its custom-designed processor, the M1. Like the iPhone, iPad and Apple Watch, Apple is now designing its own chipsets to power its laptop and desktop computers. This has enabled the Californian company to cut ties with Intel, which has provided the chipsets for almost every macOS and Windows 10 computer produced within the last decade, and design processors to fit its own priorities. It also means it’s no longer reliant on Intel meeting its own deadlines to launch the latest Mac models.

But while the Apple M1 processor signals some pretty drastic changes… the outside of the new MacBook Air, MacBook Pro and Mac Mini announced at the event didn’t show it.

All three models – the first to launch with the custom-designed processors fitted inside – look identical to their predecessors. Apple has promised some huge performance and battery gains in these machines, thanks to the switch from Intel to its own custom M1 chipset, but there’s no difference in terms of screen size, colours, ports, or anything else. Or so we thought.

But don’t worry – Apple hasn’t returned to the hugely-controversial Butterfly mechanism keyboard that it was forced to ditch earlier this year. Instead, the Californian company has switched some of the function keys that run along the top of the numerical keys. These act as shortcuts to commonly-used system features, like adjusting the screen brightness and volume.

Apple has added shortcuts for Spotlight (the universal search bar that can search for documents, apps, contacts, as well as launch web searches and calculate simple maths problems), Do Not Disturb, and Dictation.

These new keys replace the shortcut for Launchpad, which what Apple calls the iOS-like grid of app icons that provides a visual way to launch new software, as well as the Keyboard Brightness adjustments. By default, macOS automatically changes the brightness of the backlight behind the keyboard based on the amount of ambient light detected by a small sensor on the laptop.

Depending on how you use your Mac, these new improvements will provide a faster way to access some of your most commonly-used features… or might have made it much harder to get to your favourite feature.

While the 13-inch MacBook Pro was also updated with an M1 chip, Apple hasn’t rolled out similar changes to the keyboard on that model as it ships with a Touch Bar. This svelte OLED touchscreen replaces the physical function keys and adapts the shortcuts on-screen based on what you’re doing.

So, while there could be quick access to Spotlight when you’re in Finder, that could be replaced with a shortcut to launch a New Tab if you load-up your favourite web browser instead. If you disable this automatic switching, the MacBook Pro should now reflect an identical layout to the physical keys on the new MacBook Air.

The new Apple MacBook Air, MacBook Pro and Mac Mini will launch this week at the same price as their Intel-powered predecessors.