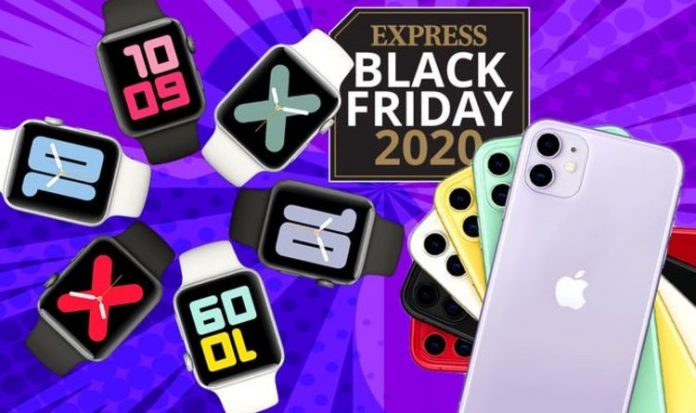 Apple has launched its Black Friday sales. OK, so if you want to nitpick – the Californian company doesn’t technically refer to them as “Black Friday deals”, instead it calls them “Friday To Monday Four-Day Shopping Event”. Far be it for us to criticise the crack marketing team at Apple, but that doesn’t have quite the ring to it. Thankfully, the deals are more than good enough to make up for the slightly iffy naming.

Apple doesn’t discount the price of its products directly (although you can find some examples of that in Black Friday sales from the likes of Currys and Argos), but instead includes an Apple Store Gift Card with the purchase. While that’s not quite the same as getting a price drop, it does mean that people buying multiple devices can get some serious discounts on a second purchase when using the Gift Card. Alternatively, you could also get a horde of accessories for free from the Apple Store. And if none of that sounds appealing, you can also use the Gift Card to buy some apps, games or a subscribe to Apple Music for whatever device you’ve just bought.

Unlike some retailers, Apple is hanging out its deals for four days – from Black Friday itself (November 27) to Monday November 30, which is also known as “Cyber Monday” as it was traditionally the day that retailers would bring some of the in-store only Black Friday deals to their online stores. Due to the public health crisis, almost every Black Friday deal is taking place online, but it’s still nice for Apple to give people a few days to mull over the decision before buying from its bonanza.

Apple is offering up to £120 on the Apple Store Gift Card sent to you with select products. As you might expect, the heftiest Gift Cards will arrive with the priciest hardware, like the MacBook Pro or iMac.

First up, Apple will hand-out a £40 Gift Card when you buy an iPhone SE, iPhone 11 or iPhone XR. That’s a substantial discount on a case, or a second charging cable, or some money off the new AirPods Pro, for example. Unfortunately, the latest and greatest iPhone 12, iPhone 12 Pro, iPhone 12 Mini, and 12 Pro Max aren’t eligible for the Black Friday deal. But both the iPhone SE and iPhone 11 are powered by the staggeringly fast A13 Bionic chipset, which is still speedier than most flagship Android smartphones and you’ll be able to upgrade to iOS 14, which launched back in September and brings widgets, a redesigned Messages app, and more.

There’s a £20 Gift Card available with the purchase of an Apple Watch Series 3 from the Apple Store. That will help you on your way to getting a new strap for your shiny new timepiece. You’ll get a Gift Card of the same value for buying the AirPods, which include handsfree Siri – so you can summon the AI assistant to set timers, make calls, reply to text messages and more just by using the magic phrase “Hey Siri!” while wearing the Bluetooth ‘buds. AirPods Pro are also eligible for the £20 Apple Store Gift Card… although we’d recommend heading over to John Lewis, where the high street retailer has dropped the price of the noise-cancelling earbuds by the same amount.

Things get much more generous when you start looking at the iPad Pro range. Apple is dishing-out £80 Gift Cards with the iPad Pro range, which starts from £769 and is available in both an 11-inch and 12.9-inch screen size variant. Considering most people will want to treat themselves to a Smart Keyboard accessory and an Apple Pencil with the new tablet to help with productivity on-the-move – this is a solid deal. You’ll get £40 with the purchase of an iPad Mini.

Finally, the big bucks are available with the MacBook Pro. Treat yourself to a 16-inch MacBook Pro and Apple will hand over a £160 Gift Card, which is more than enough to kit yourself out with professional-grade apps and accessories. The same amount applies to the 21.5-inch iMac, which starts from £1,099. Unfortunately, neither of these are the latest machines powered by Apple’s own custom-designed M1 chipset, which has doubled the battery life of the 13-inch MacBook Pro and boosted the MacBook Air so that it competes with the MacBook Pro range for the first time in years.