Understanding what drives food choices can help high-volume food service operations like universities reduce waste, according to a new study.

Researchers have concluded that food waste in places like university cafeterias is driven by how much people put on their plates, how familiar they are with what’s on the menu and how much they like – or don’t like – what they’re served.

Food waste has been studied often in households, but not so often in institutional settings like university dining commons. What drives food choices in these “all-you-care-to-eat” facilities is different because diners don’t perceive personal financial penalty if they leave food on their plates.

The researchers conducted student surveys during the 2019 spring and fall semesters to study foods types, diner confidence and diner satisfaction. They used photos taken by diners themselves before and after eating to measure how much food was taken and how much of it went to waste. “Diners were intercepted at their dining halls and asked if they wanted to participate in a study about food choices and satisfaction, but the objective of investigating food waste behavior was not disclosed,” the authors wrote.

The study found the amount of food wasted didn’t significantly differ among types of food. Instead, researchers discovered waste was related to the amount of food diners put on their plates, how satisfied they were with their meals and how often they went to the dining commons. If students were satisfied with their food, they tended waste less of it. And diners who visited the commons most often — making them more familiar with the menus and more confident in their choices — tended to waste less.

Mixed dishes, like sandwiches or stir-fry, took up a greater percentage of the surface area on surveyed plates than animal proteins or grains and starches. Those three types of food took up a greater area of the plates than fruits, vegetables or plant proteins. The amount of food wasted, however, did not significantly differ among the various food categories.

The mixed dishes and animal proteins that took up greater portions of the plate tended to be pre-plated by the commons staff or have a suggested serving size. The study’s results showed that greater amounts of food taken by diners correlated with the item being pre-plated or served by others.

The authors recommend future research on the topic uses their multicampus approach — which enabled them to study food choice among a large and diverse group — to better understand what causes food waste and find out if it can be reduced by interventions such as posting signs that encourage healthier choices. 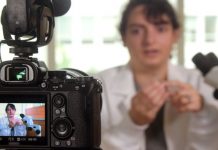 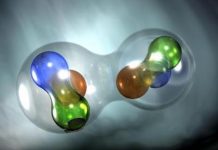 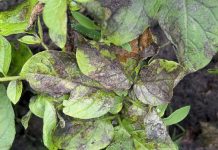