More than 80% of global GDP – and 77% of global greenhouse gases – are now covered by a national net zero target, up from 68% and 61% last year, according to a new tracker co-led by Oxford Net Zero. But that number shrinks to 10% of global GDP and 5% of global emissions, if only strong commitments and clear plans are included.

Professor Thomas Hale, Global Public Policy, the University of Oxford’s Blavatnik School of Government, said, ‘Net zero has now gone fully mainstream, but not all net zero pledges are created equal. As targets and pledges proliferate, this tracker will shine a light on which ones are genuinely ambitious, comprehensive, transparent and accountable.

‘The tracker is a major step forward for radical transparency, but clear standards are also vital to ensure that net zero targets are delivered.’

The Net Zero Tracker (NZT) uses key target criteria to analyse the quality of net zero targets – including target status, coverage, and planned use of offsets.

It has assessed the pledges of all key actors, including national and regional governments in the leading emitters, and large city governments. It also tracks the 2,000 largest publicly traded businesses globally.

Starting at COP26, steps to clarify and strengthen net zero targets, including matching them with immediate action, are urgently needed, say the researchers behind the tracker. Just five net zero targets set by G20 nations are backed up by robust plans.

Another tracker partner, Dr Angel Hsu, Assistant Professor and founder of the Data-Driven EnviroLab, University North Carolina, said, ‘Top-down leadership on net zero is vital to bring all actors to the table. Countries that lack credible targets risk falling behind in the global race. Credible net zero targets represent a bond of trust between leaders and their societies – a clear, realisable plan to lead the net zero transformation, instead of being shaped by it.’

In the UK, which is targeting a 78% reduction in carbon emissions by 2035 before reaching net zero in 2050:

the 16 largest cities have set a net zero pledge;

half that number have set quality targets;

72% of the largest corporates have set a net zero target;

‘The tracker is going to give entities setting net zero targets the ability to benchmark themselves against science and aganst their peers. And it’s going to give the stakeholders of those entities—their citizens, their consumers, their investors, their business partners, and their critics—a tool to push for more action,’ says Professor Hale. 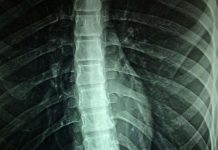