New University of Colorado Boulder-led research finds that the traits that make vertebrates distinct from invertebrates were made possible by the emergence of a new set of genes 500 million years ago, documenting an important episode in evolution where new genes played a significant role in the evolution of novel traits in vertebrates.

The findings, published today in Nature, show that a gene family only found in vertebrates is critical for forming the head skeleton and other traits unique to them during embryonic development.

“Every animal essentially has the same basic core set of Lego pieces to make them. What this paper shows is that vertebrates have a few special pieces in addition to that, and we identify those special pieces,” said Daniel Medeiros, senior author of the paper and associate professor of ecology and evolutionary biology.

These special pieces in vertebrates are known as the Endothelin signaling pathway, a set of genes that influence how cells talk to each other. The researchers found this gene family is responsible for allowing neural crest cells–cells that develop into unique vertebrate traits like skeletal parts, pigment cells and our peripheral nervous system–to proliferate and specialize into different roles throughout the body.

Evolutionary theories have given weight to the role of genome duplication in the evolution of new traits, and for good reason. When a genome duplicates, new copies of existing genes can take on new roles in an organism. But since previous ideas were based mostly on observation, Medeiros wanted to test if gene duplication could have allowed vertebrates to become so special, or if the appearance of brand new genes could have played a role.

Medeiros and his colleagues tested the hypothesis that new gene families could also give rise to new traits by genetically modifying the larvae of sea lamprey, a type of jawless fish, through identifying and removing this specific gene family. If their prediction was correct, removing it would revert a sea lamprey during its larval development into a more invertebrate-like worm, a close evolutionary ancestor.

“And we found that by knocking out this new gene family, you can almost erase most of the key vertebrate traits that make vertebrates special,” said Medeiros.

This finding is significant in part because it’s rare to find clear roles for genes that are unique to vertebrates, said lead author Tyler Square, who recently completed his PhD in the Medeiros lab and is now at the University of California Berkeley.

“We thought that gene duplication was the most important thing. But here, we found both of those things [new genes and duplications] happening at once,” said Square.

So how can scientists work out where the first fish came from, and therefore how all vertebrates came to be?

“Rather than looking at fossils, we use tools like molecular biology and genetics to try to understand how evolution has happened, kind of like genetic paleontology,” said Medeiros. “In the deepest molecular genetic terms, we’re trying to reverse engineer how a creature evolves. It’s the closest you can get to Jurassic Park.”

The creature they chose to reverse engineer, however, might seem a bit monstrous.

“While most people think of a big ugly hurricane of teeth sticking on to fish and chewing on them, sea lamprey are surprisingly cute when they’re little baby larvae,” said Square.

The sea lamprey, a jawless fish, diverged in evolution from other fish 500 million years ago. Because they hold onto several older vertebrate features, this gives the researchers the best snapshot of the early stage of vertebrate evolution with a living organism today.

“A lamprey and a human are extremely different. But by doing these kinds of studies, we can know what makes them the same,” said Square. “This is stuff that’s really fundamental, not just to mammals and humans, but to every vertebrate that exists.”

Square and his colleagues used the gene-editing tool CRISPR during its early days to find out how important this new gene family is to making vertebrates, well, vertebrates.

“It was the wild west of CRISPR days,” said Square. “But we couldn’t have done this whatsoever if it weren’t for CRISPR.”

Not only did this technology allow the researchers to test hypotheses functionally, by knocking out genes, but they were also the first team to use CRISPR in sea lampreys. Previously, this technology had only been used in some vertebrates like mice, frogs and zebrafish.

“And that’s a really narrow view of life on the planet,” said Medeiros. “What CRISPR has done is democratized genetic studies across diverse organisms. It’s super powerful for answering evolutionary questions.” 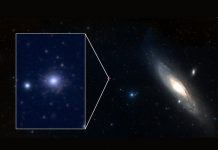 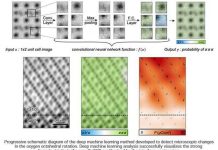 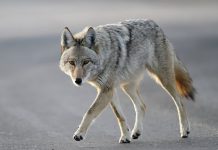