A key set of proteins that help regulate hormones necessary for many essential functions in humans and other vertebrates have ancient origins in much simpler creatures such as sea cucumbers, says a new study published today in eLife.

The kisspeptin system consists of a group of proteins that help control hormones released by trio of organs: the hypothalamus, the pituitary gland and the testicles in men or the ovaries in women. This trio regulates reproduction, metabolism, the immune system and other important body functions. Tracing the evolutionary origins of the kisspeptin proteins may help scientists learn more about why they developed and how they work.

“The origins of these proteins have previously been traced to very simple creatures with spinal cords, but it hadn’t been traced back any further,” says lead author Tianming Wang, Professor at the Marine Science and Technology College, Zhejiang Ocean University, China. “This raises an important question: does the kisspeptin system have an ancient evolutionary origin, or did it first emerge in animals with spinal cords?”

Next, they found that administering kisspeptin-like cucumber proteins to mammal cells causes them to release calcium, similar to how human versions of the protein would behave. The sea cucumber proteins were also able to interact with receptors in the human cells, suggesting that little has changed in these proteins over the course of evolution.

Finally, the team carried out a series of experiments where they activated or blocked this signalling system in sea cucumbers. This showed that these proteins are crucial for reproduction and metabolism in the creatures.

These experiments suggest that the kisspeptin system predates the evolution of the spinal cord in animals and that it will also be present in other creatures closely related to the sea cucumber, according to senior author Naiming Zhou, Professor at the Institute of Biochemistry, Zhejiang University, China.

“Our findings indicate the existence of a kisspeptin signaling system in a very simple organism lacking a spinal cord,” Zhou concludes. “They provide new evidence to support the ancient evolutionary origin of the physiological functions in vertebrates that are controlled by the kisspeptin system.” 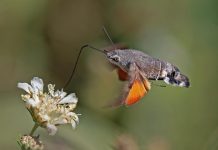