A tornado touched down in Waterford and Jarvis this week, uprooting trees and blowing shingles off buildings.

Environment Canada says it happened just after 3 p.m. Wednesday as severe thunderstorms blew through the area.

The tornado lodged branches into the roof of a house, snapped a flag pole and wrecked several barns.

The agency sent investigators to the area, who determined it was an EF1, or a one on the Enhanced Fujita Scale. At the peak, winds reached nearly 160 km/h. 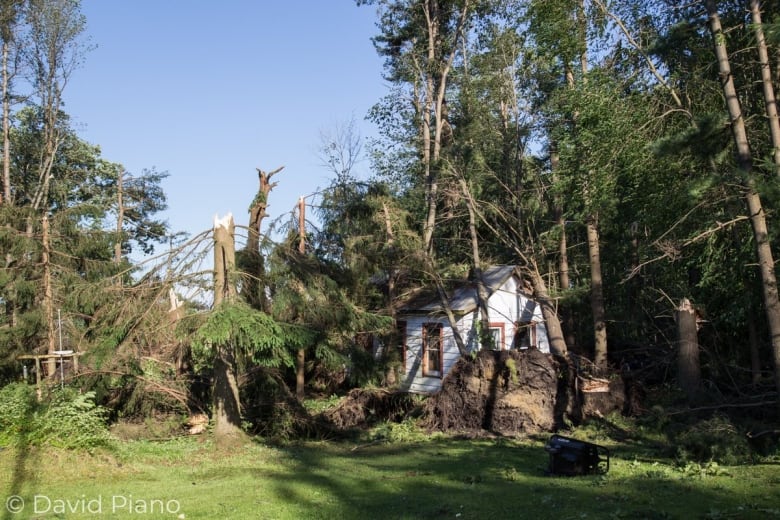 The damage was intermittent along a 30-kilometre path, and the maximum width was 600 metres, the agency says.

Even before Environment Canada arrived, “it was quite clear in our estimation that there certainly was a tornado,” Baird said.

The wind sent branches onto the roadway. In all but one case, he said, crews had it cleaned up by the end of the day.

The area isn’t densely populated, Baird said. Much of it is farmland, but as far as the county knows, there was no significant crop damage.

From a county perspective, he said, “everything is open and we’re back to business.”