Indigenous interpreter Hailee Poulette now has attire that fits in with her portrayal of an 18th-century Mi’kmaw woman at the Fortress of Louisbourg National Historic Site.

When the young woman from Eskasoni First Nation was hired last year, Poulette wore the traditional Parks Canada green and khaki uniform, but the three other Mi’kmaq employees, all male, wore clothing in keeping with the era.

Her costume is an 18th-century woman’s dress made of wool and linen, created by the Potlotek Women’s Sewing Club. 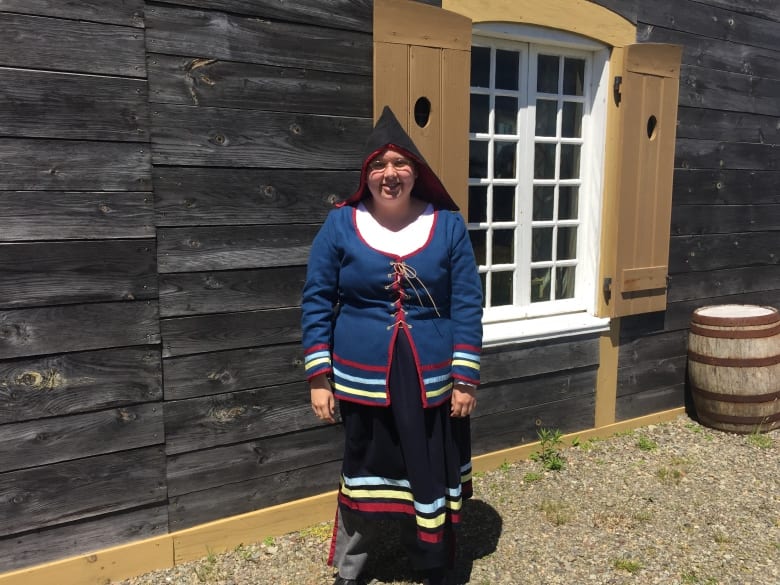 Poulette models a replica of a dress that a Mi’kmaw woman would have worn during the 1700s. (Yvonne LeBlanc-Smith/CBC)

“I feel honoured,” Poulette said as she modelled the dress, which is blue and black with red trim and stripes.

“People didn’t know much about Mi’kmaq people, like the Mi’kmaw woman,” she said. 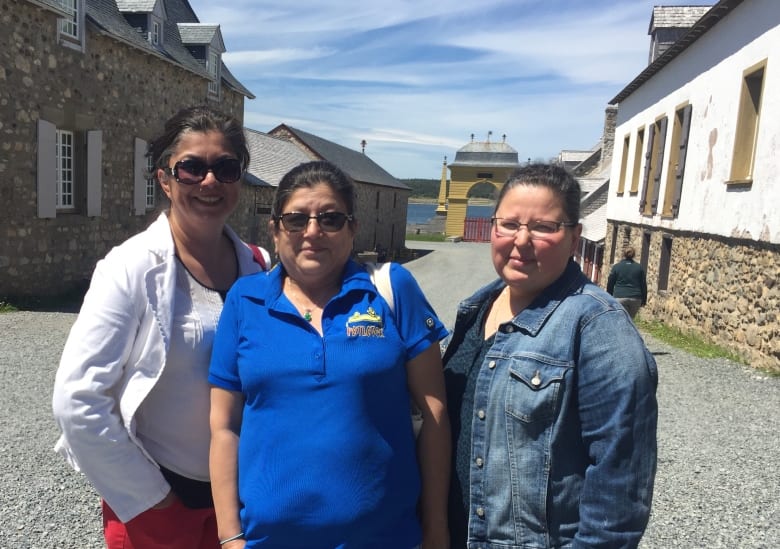 Gwenn Marshall, Denise Doucette and Noelle Doucette of the Potlotek Women’s Sewing Club created the dress, a replica of those worn by Mi’kmaq women in the 18th century. (Yvonne LeBlanc-Smith/CBC)

The sewing club volunteered to create the dress using historical drawings and pictures.

“I am really proud that Louisbourg actually asked us to do something for period clothing,” said club member Gwenn Marshall. “It’s the first time we’ve done it and I am pretty impressed with how it turned out.”

Another sewing club member, Denise Doucette, said the dress is made using some traditional materials and methods.

“I did a lot of the hand sewing,” she said. “Instead of using normal thread, I used sinew … and the buttons are made from deer antlers.”

The Mi’kmaq were allied with the French when they first settled, acting as scouts, carrying messages overland, spying on the English and helping the French defend the fortifications during both the 1745 and 1758 sieges.

Most Indigenous women did not visit the fortress, but some would attend peace renewal celebrations with their families. 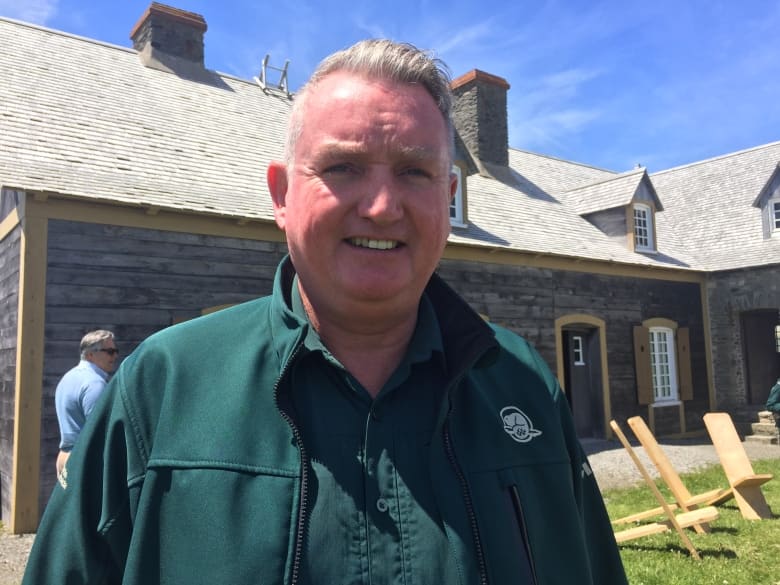 Eddie Kennedy, Parks Canada’s visitor experience manager, says the Mi’kmaq dress is the first of its type worn at the Fortress of Louisbourg since the 1700s. (Yvonne LeBlanc-Smith/CBC)

“The dress is a unique opportunity for us,” said Eddie Kennedy, Parks Canada’s visitor experience manager. He said the dress is the first of its type worn at the Fortress of Louisbourg since the 1700s.

“It’s quite different from what people have as an image,” said Kennedy. “Mi’kmaq women were not wearing hides anymore, they had moved to cloth, but they had their own unique style.” 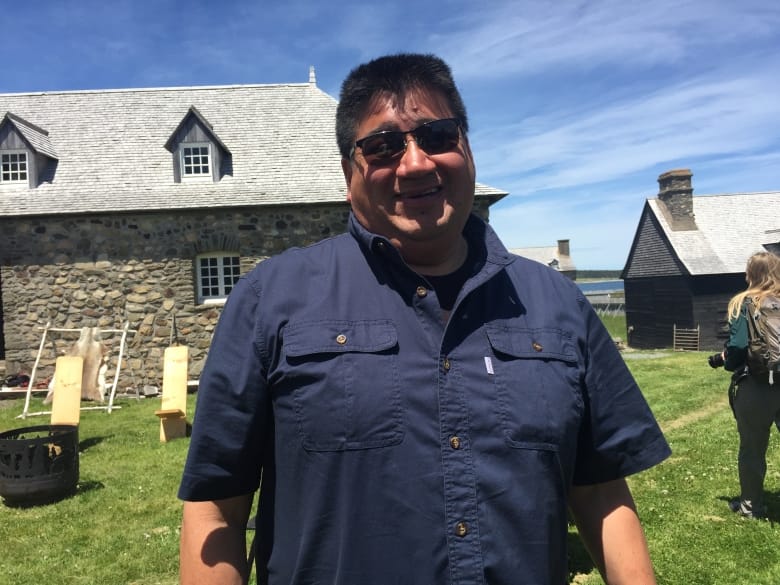 Clifford Paul, Mi’kmaq co-ordinator with Parks Canada, said he is pleased to see his people accurately represented at the fortress. (Yvonne LeBlanc-Smith/CBC)

Clifford Paul, Mi’kmaq co-ordinator with Parks Canada, said he is pleased to see his people accurately represented at the fortress.

“From the Mi’kmaq point of view, we have meaningful involvement in how the stories are told in our national parks.

“This is a good start,” said Paul. “I would like to see more, of course, as our committees work to re-Indigenize the national historic sites.”