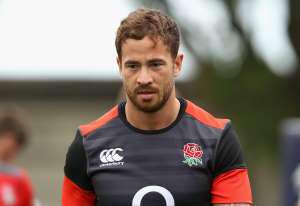 
Danny Cipriani will make his first England start for 10 years in Saturday’s third Test against South Africa. The fly-half has been picked ahead of George Ford with the visitors already 2-0 down in the series in a side containing a total of four changes to the team beaten 23-12 in Bloemfontein last weekend.

With Billy Vunipola injured and Mako Vunipola having returned home for the birth of his first child, Nathan Hughes and Joe Marler have both been promoted to the starting lineup with Chris Robshaw replacing the indisposed Brad Shields. The standout selection, however, is the 30-year-old Cipriani, set to pull on the white No 10 jersey for the first time since November 2008. 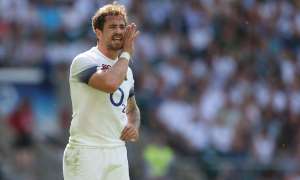 © PA
Danny Cipriani has not started for England since November 2008.


A huge amount of water has passed under the bridge since Cipriani’s last start for his country, against the Springboks at Twickenham during Martin Johnson’s tenure as England manager. His consistent form for Wasps over the past two seasons, however, has persuaded Eddie Jones to give him this opportunity to revive his Test career and push for a place in next year’s World Cup squad.

Cipriani, who will be joining Gloucester this summer following spells at Wasps (twice), Melbourne Rebels and Sale Sharks, will be partnered at scrum-half by Ben Youngs with the captain Owen Farrell again at inside-centre. With Shields suffering from illness, Robshaw has reclaimed his place on the blindside flank while the uncapped Jonny Hill is among five Exeter Chiefs forwards on the bench. 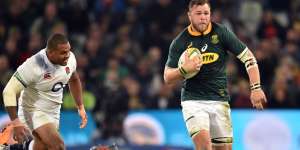