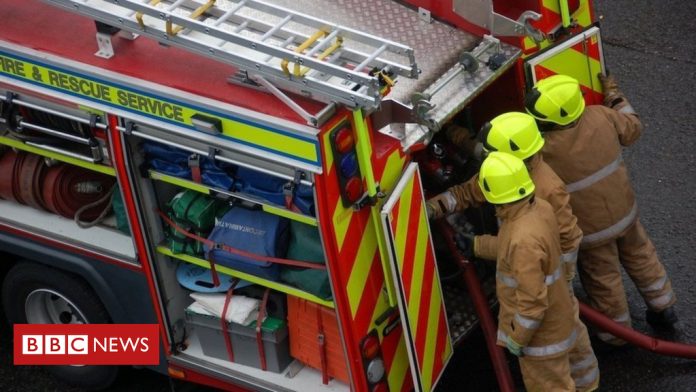 About 40 firefighters tackled a severe blaze at an industrial unit in the West Midlands.

More than half of the trade wholesalers on Birmingham Road, West Bromwich, was damaged by smoke and fire.

The fire, in offices at the two-storey building, started at 04:25 BST, and eight engines were deployed at its height.

The cause of the blaze, which was put out at about 06:10, is not known, according to the fire service.

Three fire crews were still at the scene helping with investigations.