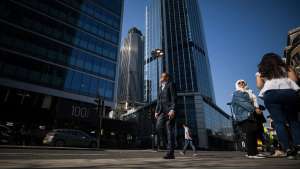 
The European Union is on course to hand dozens of U.K.-based companies a pre-Brexit tax bombshell, according to people familiar with a state-aid probe that could lead to bills exceeding 1 billion pounds ($1.3 billion.)

A decision in the European Commission’s investigation into a controversial tax break for U.K.-based multinationals will be ready later this year, well before Britain’s scheduled March 2019 departure from the EU, said the people, who asked not to be named because the process isn’t public.

Forty-eight businesses, including Diageo Plc, Pearson Plc and Compass Group Plc, have warned of potential costs arising from the EU probe, more than in any prior state-aid investigation, according to data compiled by Bloomberg Tax.

Since 15 of those have estimated potential total exposure amounting to about 576 million pounds, the final figure for all those implicated could easily top the billion-pound mark. Some of the other firms have been advised to keep silent on the size of their exposure until the EU decision is published, according to one of the people.

None of the companies involved in the U.K. probe is accused of wrongdoing as the government’s tax system is the issue for regulators in Brussels.

“The amounts at stake are very significant, given the fact that the commission — as in any state-aid investigation — can look at the last 10 years,” said Nicole Robins, a partner specializing in state aid at economics consulting firm Oxera in Brussels. “You just have to look at the Apple case for the potential magnitude,” she said, referring to the EU’s order forcing Ireland to claw back 13 billion euros from Apple Inc.

The investigation is one of the last targeting the U.K. before it formally enacts legislation to leave the bloc. Britain is subject to EU competition law until it is no longer a member. Since Prime Minister Theresa May’s government has sought a transition period, it’s too soon to say when the country will finally sever its ties.

Amid a crackdown on fiscal loopholes designed to help big companies, the EU’s competition commissioner Margrethe Vestager opened an in-depth investigation in October 2017 to uncover whether firms unfairly profited from the U.K. tax break introduced by the previous government. Like Ireland’s battle over whether Apple owes unpaid taxes, the commission will likely force the U.K. to recover the relief businesses have gained.

The EU Wednesday issued a 120 million-euro ($139 million) tax bill to French energy utility Engie SA as it concluded a state-aid probe into the company’s fiscal arrangements in Luxembourg.

The U.K. case tops the previous record, an investigation into a Belgian program that benefited 35 businesses that led to a 2016 order to the government to recover about 800 million euros in back-taxes. The U.K. probe looks at an exemption that enabled parent companies to pay little or no tax on certain intra-group financing between two units based outside the country.

“The U.K. is continuing to engage with the commission on their investigation,” HMRC, the country’s tax authority, said in an emailed statement. Compass and Pearson didn’t immediately respond to calls and emails seeking comment. Diageo declined to comment, as did the commission’s press office.

Vestager told lawmakers this week that the EU is examining the U.K. rules “which are supposed to prevent tax avoidance” to check if they “actually treat some companies differently from others.”

She also warned that the EU would take a dim view of any U.K. plans to deviate from the EU’s tough approach to state aid once it quits the bloc.

“We must make sure it doesn’t give state aid that undermines a level playing field,” Vestager said at a European Parliament hearing on Monday.

A separate probe into corporate tax deals in the British territory of Gibraltar is also well advanced, according to one of the people. It could be wrapped up in a similar time-frame to the U.K. probe, the person said.

Any appeal of the ruling could end up tying Britain to the bloc’s top courts for years to come. Taking the EU courts’ latest statistics, appeals all the way up to the highest court could add at least another three years to proceedings.