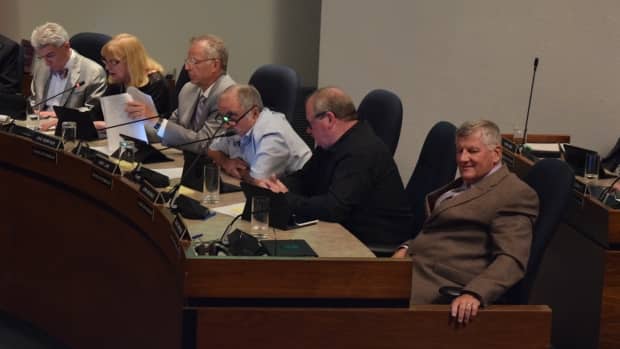 Saint John councillors weren’t pleased they had to defend their spending habits for tickets to public events — charity, business or otherwise — but that’s exactly what happened at Monday night’s council meeting.

“It’s stuff like this that just sends me right over the edge,” said Coun. Blake Armstrong.

The reactions follow a motion that would direct the city manager to draft a policy ensuring clear guidelines when tickets are purchased with public money.

The full scope of council spending on these was detailed in a Telegraph-Journal article published earlier this month.

According to city documents, council’s annual operating budget currently allots $19,000 for these purchases. There is no policy in place to monitor this spending.

For Armstrong, the amount only seems large when placed in isolation. When placed next to the overall operating budget of more than $150 million, the councillor said even discussing the matter was problematic.

“We’re embarrassing ourselves,” he said.

“I’m embarrassing myself because we’re talking about this.”

“I’m for the status quo,” he later continued.

For others, while the scrutiny over attending these public events irritated them, they supported the bill for transparency’s sake.

Still, the deputy mayor didn’t want to give off the impression that these events were, “chicken dinners.”

“There’s been a lot of media coverage and that’s unfortunate because … these organizations, especially the non-profits, really appreciate the mayor or members of council attending. It’s really important for them,” she said.

These non-profits, McAlary pointed out, pay for many services, “that we couldn’t even begin paying for.”

As for the mayor — whose office has an extra $4,400 allocated to it for these purchases — the idea the city’s spending of these funds is somehow a misuse is inaccurate.

He says the city benefits by having its politicians in these rooms networking.

The motion passed with only Coun. Greg Norton voting against it.