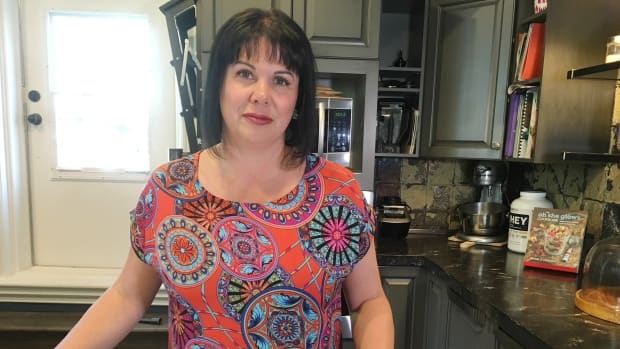 Doctors will remove Victoria Boer’s breasts and ovaries this month, substantially reducing her 70 per cent chance of getting cancer.

But Boer might never have known she inherited a cancer-causing gene mutation had she simply accepted the results she got from 23andMe, the consumer DNA testing website.

When her mother died of breast cancer at the age of 47, Boer began wondering if she carried harmful mutations of the so-called breast cancer genes, the BRCA1 and BRCA2. 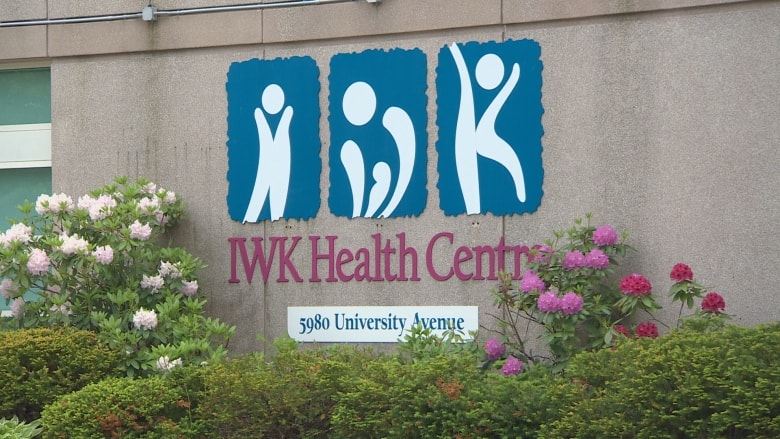 Victoria Boer contacted the IWK Health Centre in Halifax in 2003 and renewed her request for testing every year. (Shaina Luck/CBC)

“I have three children, I have a new granddaughter that’s two years old, so we have girls, girls,” the Fredericton business owner said.

“I need to know if I passed down, if I had this BRCA1, if I passed it down to my children, and their children. And I need to protect them, and I don’t want them to wait until they have cancer for them to find out and make decisions for themselves.”

In 2003, Boer contacted the IWK Health Centre in Halifax, which has a genomics lab, to see if she could be tested.

Although inherited changes in the BRCA genes significantly increase the risk of breast and ovarian cancers, only a small percentage of people have the mutations, so there is a list of criteria for deciding who should be tested.

The IWK told Boer she didn’t meet the criteria, which include personal and family medical histories, including blood relatives who were diagnosed with breast or ovarian cancers before the age of 50.

Still, every year Boer renewed her request for testing at the IWK.

When she turned 47, her mother’s age when she died, Boer called the IWK and begged the hospital to test her.

By then, she had gathered more evidence about relatives who had died from cancer at a young age.

The IWK agreed to do the testing and took blood samples, telling Boer the results would take eight months.

To mark their anniversary, Boer bought a 23andMe genetic testing kit for her and her husband.

“She thought it would be fun to test our genetic ancestry and find out where we came from,” Scott Boer said. 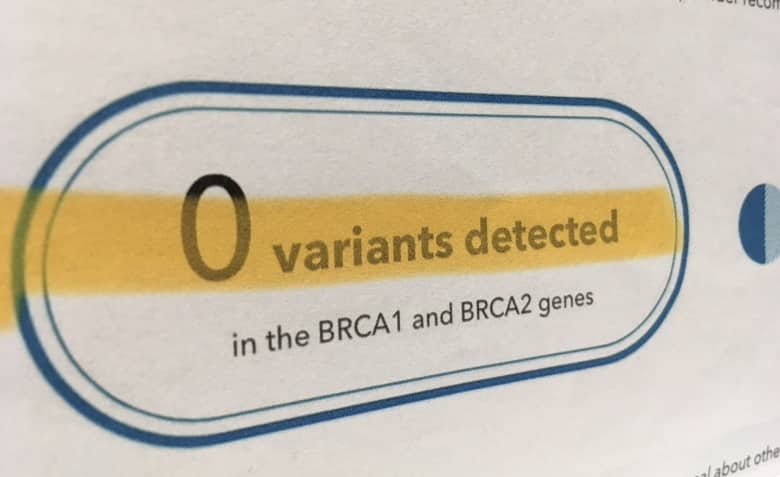 Boer’s results from 23andMe came back weeks after she sent in her saliva samples. The company told her she did not test positive for mutations that increase the risk of breast cancer. (Submitted by Victoria Boer)

The company also offered testing for the BRCA1 and BRCA2 mutations, so Victoria Boer asked for those results too.

Just weeks after the couple sent off their saliva samples, the 23andMe test results came back. Boer was on the road when her husband called to tell her the great news.

Finally, years after her quest for testing began, Victoria Boer was in the clear.

The couple celebrated, she said, as she pointed to her tablet screen and the results, circled in blue, from 23andMe: “0 variants detected in the BRCA1 and BRCA2 genes.”

“Whatever the IWK said, I am way ahead of them,” Boer said. “That’s what I thought.” 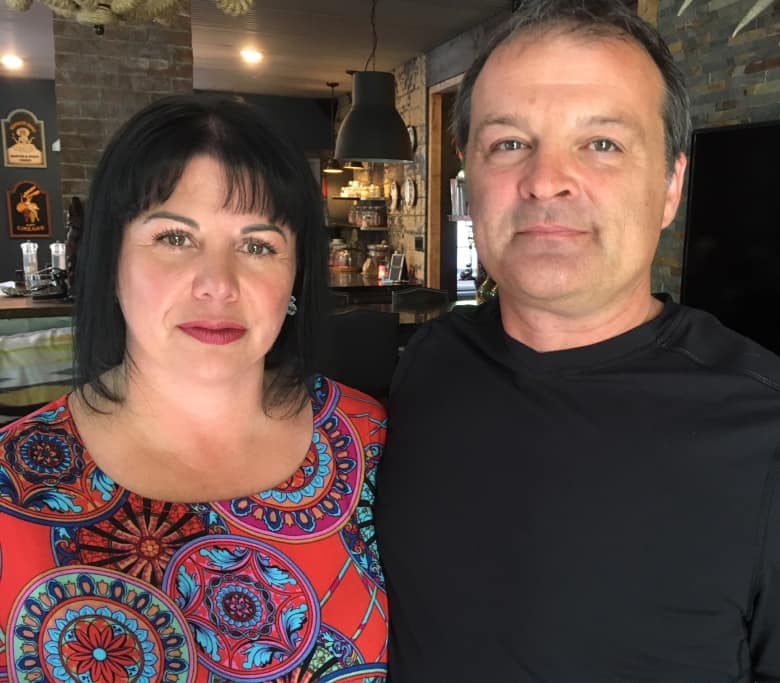 Victoria and Scott Boer. Scott was the one to call Victoria with the news when the 23andMe results came in. (Catherine Harrop/CBC)

The hospital said it would only deliver Boer’s test results in person or via a video conference call.

Scott and Victoria went to a local school for the video call.

But they had no worries, expecting a “five-minute teleconference, where they would say, ‘You’re clear,'” Victoria said.

“And we sat down, and there is a panel of geneticists and doctors there, and we just said, ‘We’re confident. I already know I don’t have it.’ 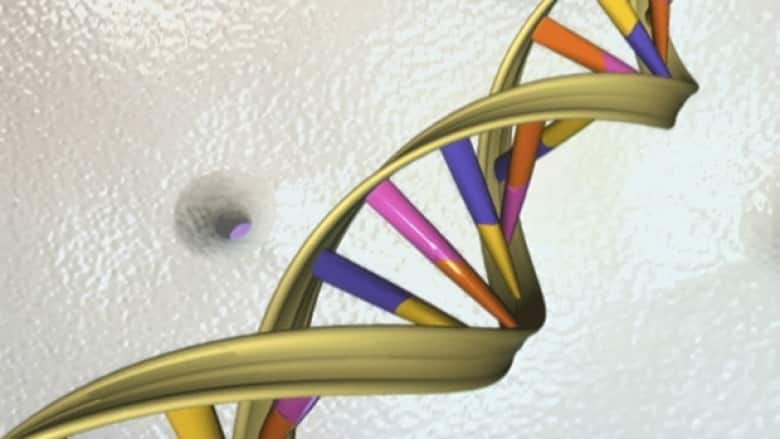 An artist’s illustration of a DNA double helix. For people who test positive for variants of the BRCA1 and BRCA2 genes, the implications are life-altering. (U.S. National Human Genome Research Institute/Reuters)

“It was shock and disappointment,” Scott said. “I asked them, ‘Well, how could 23andMe say that she’s clear, and you guys say she has it.’ And the analogy they gave me, they say 23andMe looks at one or two houses in the city and says, ‘They don’t have a broken window.’

“But the IWK looks at the whole city, and says, ‘You have four houses with broken windows, and that could be a problem.'”

Dr. Jo-Ann Brock, the physician and molecular biologist who heads the IWK clinical genomics lab, said its test is deeper.

“We test a panel of seven genes that includes both the BRCA 1 and BRCA2 genes and five others. We do a full, comprehensive diagnostic testing of the genes, and we look for all of the variants.” 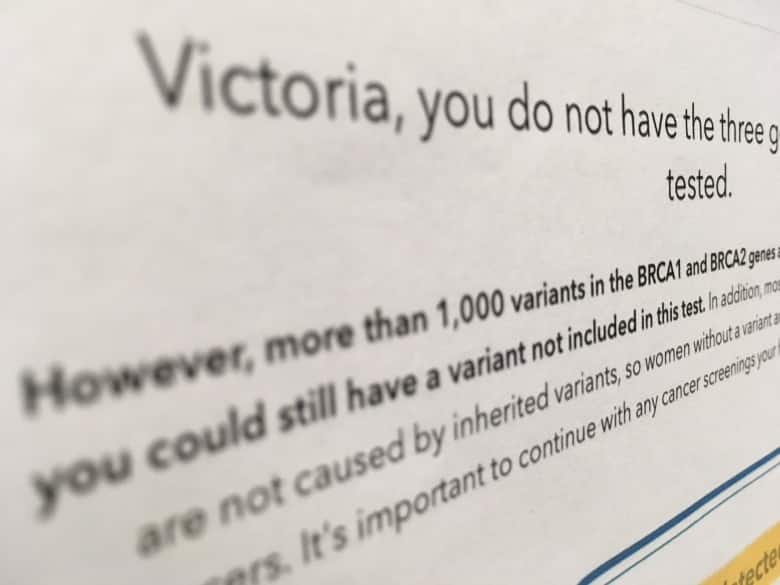 The seventh page of the 23andMe results reveals the company doesn’t test for more than 1,000 variants of the genes, but just for three of the most common. (Submitted by Victoria Boer)

Only three of them are tested by 23andMe, something the website does tell its customers.

The Boers had missed, clicked through, or just didn’t register that key detail, which comes seven pages into the explanatory notes about the testing.

The consumer test is meant to be easy.

But that’s part of the problem with much of the direct-to-consumer DNA testing available, Brock said. People really need someone to interpret the results for them.

“I think it’s a little bit too easy to have done without the adequate information and counselling before the testing is done,” she said.

“Negative test results, which on the surface sound like they would be really good, for instance, aren’t always the end of the story.”

In Boer’s case, the IWK looked at the mutations that 23andMe tested and found the company’s results were right. They just weren’t the whole picture.

Victoria Boer said if she hadn’t already started the testing process with the IWK, she would have settled for the results from 23andMe. She thought she was in the clear. (Catherine Harrop/CBC)

Andy Kill, the California company’s spokesperson, said the three inherited mutations of the BRCA1 and BRCA2 genes for which the site tests are “some of the most common, the most well-studied, and convey the largest risk.”

In 2014, the U.S. Food and Drug Administration stopped 23andMe from selling health gene testing, although the practice was not stopped in Canada. Last August, however, the company got approval after being put through what Kill called a rigorous process.

The company had to “prove consumers could understand the concepts conveyed in our genetic health risk and carrier status reports, including what a 0 variant result means,” Kill said.

People who buy the genetic test are required to view an education module on the site before they can get their results.

And the site does include this qualification: “More than 1,000 variants in the BRCA1 and BRCA2 genes are known to increase risk, so you could still have a variant included in this test.”

Victoria Boer said that if she hadn’t been accepted into the IWK testing program, she would have stopped asking, after getting the 23andMe results. That still haunts her.

“What if I didn’t do IWK? What if I just did that, and read it quick, and it said I didn’t have the variant, and I just live my life?”

Boer said she and her husband are both grateful they know now, so she can get the prophylactic surgery. Chances she’ll get the cancer that killed her mother will be pushed down.

“It’s like saying, ‘I see the truck coming and I’m stepping out of the way,’ rather than getting hit by the truck,” Scott said.

Until it has 10,000 participants, a projected involving Women’s College Hospital in Toronto is offering genetic testing by the private company Veritas Genetics and followup counselling for under $165 US to women and men in Canada.

A research project called the Screen Project is underway to measure the benefits of population-based genetic testing, with the hypothesis that the testing should be made to all Canadians at no cost.