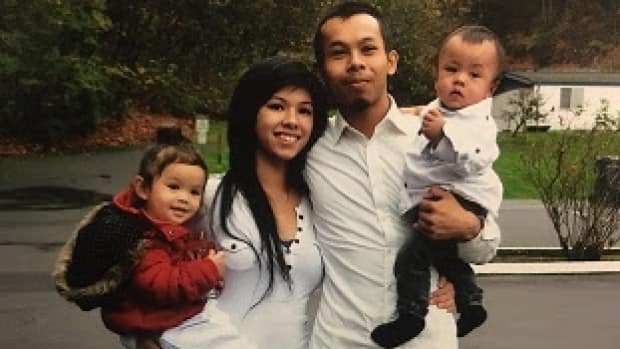 Police in northern B.C. say air searchers have spotted four people who match the description of a missing American family, whose car was found abandoned with a note suggesting they’d gone to look for gas to fill the tank earlier this month.

RCMP said search and rescue crews found a group around 3 p.m., but did not elaborate on where.

Cpl. Madonna Saunderson said officials are gathering more resources to reach the people and bring them to safety.

“Although the identity of the individuals has not been confirmed, authorities are hopeful that these are who they have been looking for,” the officer said.

Earlier Wednesday, Dease Lake RCMP said they discovered the family’s black 2018 Toyota Yaris along a power line on Monday, about 500 metres from Highway 37.

Despite a note indicating the car had run out of fuel and the driver had gone to find more, checks with local gas stations haven’t turned up any signs of the family.

The Phan-Lesaca family was driving a black 2018 Toyota Yaris. (RCMP)

The vehicle has an Oregon licence plate, and investigators have learned it belongs to a family of four that had driven into Canada at the Roosville border crossing south of Fernie on June 9. Police believe the vehicle arrived in the Dease Lake area the next day.

The family had originally planned to travel to the Philippines and checked into the Portland airport on May 25, but later cancelled the ticket and decided not to board the plane, police say.

RCMP and search and rescue workers are currently scouring the area where the family’s vehicle was found, from the air and the ground. The RCMP dog team from Terrace has been brought in to help.