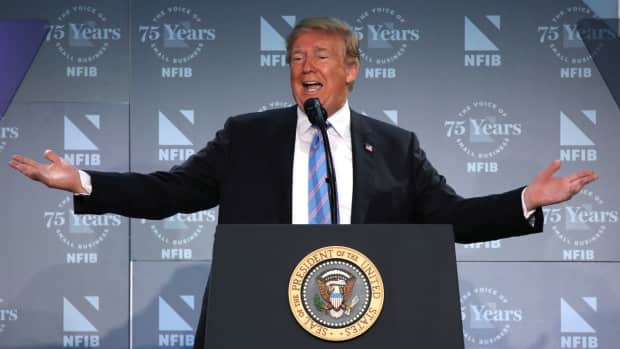 Yesterday, many shares, including automotive companies, were down sharply. Asian stocks fell too as the U.S. and China upped their trade war threats. But some experts say if U.S. trade threats go ahead, we ain’t seen nothing yet.

There are at least two important reasons why it is worth trying to understand how markets are reacting to the growing protectionist threat.

Canary in the coal mine

As a signal of expectations, markets can act as a canary in the coal mine. A mild reaction is an indication there is little to worry about.

On the other hand, a sharp decline would offer a credible warning about the dangers of a full-blown trade war that would concentrate the minds of those in the U.S. government who have the power to oppose Trump’s plans.

The second consideration is to think about what signals would actually convince market traders that the world has crossed into the danger zone. In other words, what would make markets sit up and take notice? 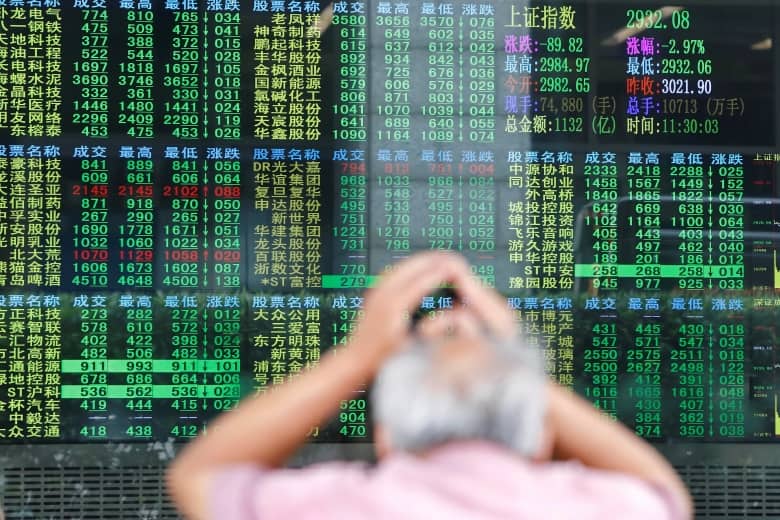 A man looks at an electronic board showing stock information yesterday in Shanghai, China. (Yin Liqin/CNS via Reuters)

The first possibility that has to be addressed is that markets have been correct in thinking that it’s all just empty rhetoric and there’s nothing to worry about, says Ambrus Kecskes, a specialist in how financial markets interact with the real economy at York University’s Schulich School of Business.

Markets are often correct in making forecasts, but as we saw in the 2007 sub-prime crisis and the 2014 oil crash, sometimes they are not.

“At any point in time on any particular issue, like the next couple of months’ impact of these escalating trade tensions, markets can very well be spectacularly wrong,” says Kecskes.

There is a long list of other potential reasons why investors are not “fleeing the stock market” as the New York Times put it this week.

One is that many market traders could be convinced that Trump’s protectionist measures won’t hurt the U.S.

I’m being asked why the stock market isn’t reacting to the negative trade news. Question is why it hasn’t made new highs with all the fiscal juice. Nearly 70% of S&amp;P 500 stocks are trading below the January 26th peak!

Kecskes and Bill Anderson at the University of Windsor’s Cross-Border Institute say that is naive.

They say auto tariffs alone, which according to a TD report this week would “cost Canada 160,000 jobs,” would also lead to a rout in U.S. automotive stocks and damage related industries that serve the car business.

A cure that kills the patient

“The question is whether, from the American perspective, the treatment would kill the patient,” quips Anderson in his native Boston accent.

As a single example, he cites a newly built billion-dollar plant in Windsor that makes vehicles for the U.S. market. Spending all the money a second time to reconstruct Canadian and Mexican infrastructure on the U.S. side of the border could simply be fatal for the U.S. car companies. 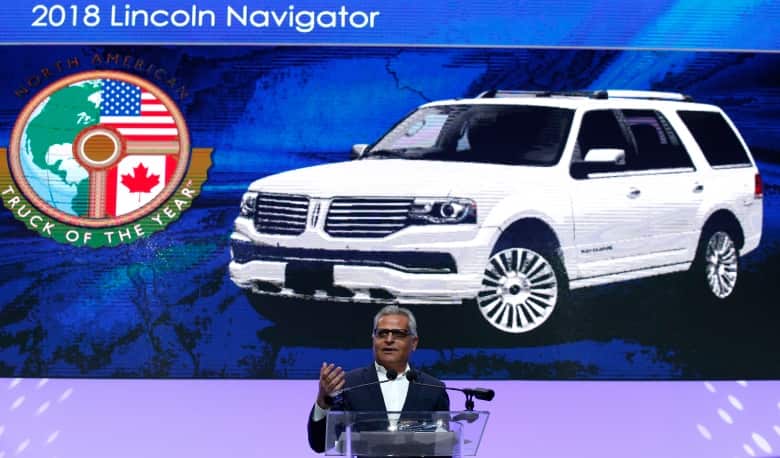 Ford’s Kumar Galhotra accepts the North American Truck of the Year award this year. The vehicle will cost more to produce with a 25 per cent tariff on imported parts. (Brendan McDermid/Reuters)

In the years while the U.S. industry struggled to rebuild — or simply raise prices to cover the duty on parts it could not yet make at home — foreign competitors would be investing in better and cheaper cars.

As Trump has often complained, North American-made cars mostly sell in North America. But as Kecskes points out, for other companies it’s different.

“Bear in mind in all these discussion, that about half of the S&P’s earnings … come from outside the U.S.”

That leads to another possible reason for investor insouciance, what’s been called the “financialization” of the U.S. economy, where factors like tax cuts and low interest rates and stock buy-backs have become more important to stock prices than old-fashioned manufacturing.

Another reason markets have yet to respond is what might be called the delay effect. While steel and aluminum tariffs are in place now, for example, there is a lag before shortages or price rises hit earnings. That is what happened in the U.S. construction industry after the U.S. imposed tariffs on Canadian drywall. 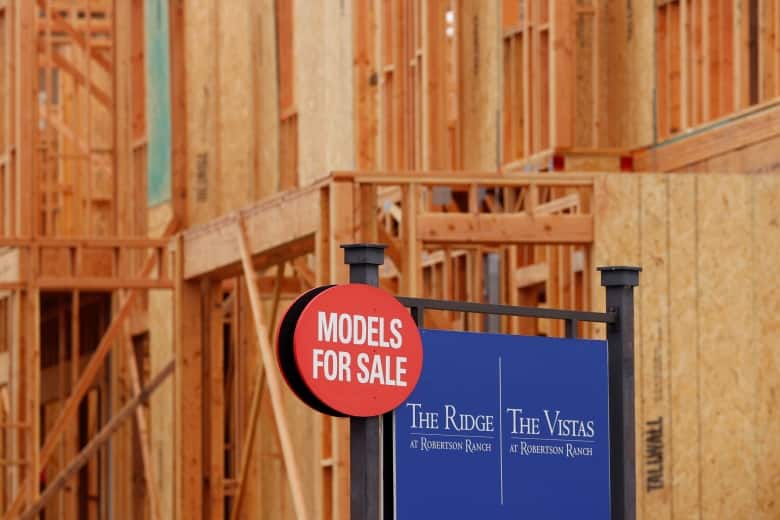 Shares in house-building firms have declined since the U.S. imposed tariffs on Canadian drywall and softwood lumber. (Mike Blake/Reuters)

Of course, earnings are the hard financial indicator of how a company has responded to any trade shock, but Kecskes says in markets, earnings are actually an indication the damage has already been done.

“Where you’re going to see this in advance is in business confidence,” says Kecskes.

If business leaders become convinced the Trump-led trade war is escalating, they may be forced to reconsider whether they should rein in new investments abroad, or how they should adjust to the new tariff regime.

“If you’re an American steel producer, you’ve got to figure there’s a least a 50-50 chance that somebody else is eventually going to get to be president of the United States and the tariffs are going to go away,” says the Cross-Border Institute’s Anderson.

“So are you going to sink a huge amount of money into plant and equipment for an advantage that many be ephemeral?”