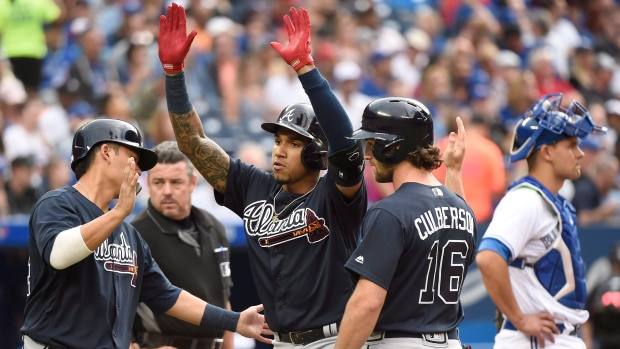 Johan Camargo hit his first career grand slam and drove in five runs as the Atlanta Braves defeated the Toronto Blue Jays 11-4 on Tuesday in the opener of a two-game interleague series.

The nine-hole hitter was 4 for 5 with the homer — that was crushed to the third deck at Rogers Centre — a double and two singles to raise his batting average from .221 to .240.

Charlie Culberson also homered for the first-place Braves (43-29), who opened play with the best record in the National League. Ender Inciarte had three RBI’s and Ozzie Albies and Dansby Swanson each drove in one.

Luke Maile and Yangervis Solarte had two RBI’s apiece as the Blue Jays (33-39) saw their seven-game home winning streak come to an end.

Neither starter went deep into the game.