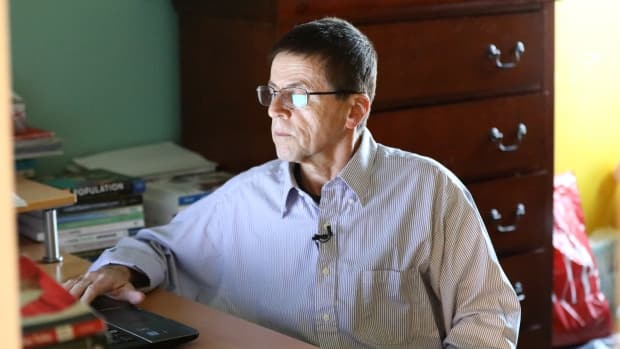 France was aware of — and failed to disclose — fingerprint evidence that ultimately helped to clear Hassan Diab of committing a terrorist attack when it made its formal extradition request to Canada, CBC News has learned.

French officials did not share fingerprint comparison evidence in their possession with their Canadian counterparts. In fact, court documents show French prosecutors denied the evidence even existed.

“It’s almost inconceivable that something that important would not have been in the file,” said Donald Bayne, who has been Diab’s lawyer for 10 years.

Diab, a 64-year-old Ottawa university lecturer, was arrested by RCMP in November 2008 and was placed under strict bail conditions until he was extradited to France in 2014. He was wanted by French authorities in connection with a 1980 bombing outside a Paris synagogue that killed four people and injured more than 40.

Diab spent more than three years in prison in France before the terrorism case against him fell apart. He was never formally charged.

The fingerprint omission centres around a piece of evidence central to the French case: a hotel registration card that French prosecutors say was filled out by the man behind the 1980 bombing.

In its extradition request to Canada, filed in December 2008, French investigators stated that police checked the hotel registration form for prints “but did not discover any usable fingerprint traces.”

But court documents obtained by CBC News show that France was able to find a usable fingerprint on the hotel form in May 2007 — 19 months before the extradition request was made — and that comparisons with Diab’s own prints came up negative.

Court records show that this fingerprint sample was never shared with the Canadian court handling Diab’s extradition. The false impression that there were no usable fingerprint samples was allowed to stand in Canada for more than a decade — even though the facts were recorded in France’s investigative files.

When Diab was finally released from a French prison in January of this year, French judges cited the absence of matching fingerprints on the hotel form — and on any of the other evidence presented by France — as “unquestionably an essential element of discharge.”

Under Canada’s extradition laws, a requesting state is not required to disclose all the evidence it has. The foreign state only has to provide enough evidence to justify committing a suspect to stand trial.

But the submissions it makes to the Canadian court have to be certified as truthful. Stating that evidence doesn’t even exist falls short of that standard.

It isn’t clear whether this fingerprint sample was withheld deliberately or by accident. Bayne said it doesn’t matter.

“Either way, through sheer shocking neglect, or if it’s intentional … it’s a real problem having a Canadian’s liberty subject to unsworn foreign allegations, and this shows the problem,” Bayne said.

France’s ministry of justice had no comment when contacted by CBC News. France has appealed Diab’s release and is seeking to have him extradited again or tried in absentia. That decision is set for July 6.

Canada’s Department of Justice acted on France’s behalf during the extradition process. But Canadian lawyers would only have access to the evidence France shared with them. So there’s no obvious way for them to have learned about the 2007 fingerprint sample and comparison.

In a statement, the department said: “We cannot speculate about what France may or may not have done, nor can we comment on what the hypothetical effect of documents contained in the French investigative file could have been on extradition proceedings which have now concluded.”

This is the second instance of fingerprints that could have helped to clear Diab not being shared with a Canadian court. In May, CBC News reported that a Department of Justice lawyer asked France to send fingerprints of the bombing suspect to Canada for comparison with Diab’s prints, which would be analyzed by the RCMP.

But when the fingerprint evidence didn’t match, it was never presented to the Canadian court.

A Department of Justice spokesperson said it is normal practice for Canadian government lawyers  to provide extradition-requesting states such as France with advice on how to strengthen their case.

Diab and his supporters have been demanding a judge-led public inquiry into his case. But to this point, the government has only started an internal “lessons learned” review. It also has promised an external review of the case which likely will fall short of a full public inquiry.

Bayne is criticizing the “lessons learned” review as being undermined by a conflict of interest because one of the senior Department of Justice officials running the internal review also played a role in Diab’s extradition.

Jacqueline Palumbo is one of two officials assigned to the internal review the department announced when Diab was returned to Canada.

But in 2011, Palumbo wrote at least one memo about Diab to Rob Nicholson, the justice minister at the time — who ultimately would decide whether Diab would be extradited.

The memo was a summary of the information France gave Canada on the functioning of its legal system, including the rights that would be available to Diab and his lawyers during the French investigation and trial.

Palumbo made no direct recommendation to Nicholson, though Nicholson appeared to have relied quite heavily on the information in her memo when he ordered Diab’s extradition to France in 2012.

‘That can’t have credibility’

“I mean, if you’ve been one of the inside lawyers advocating on behalf of a team trying to get him extradited, and now you’re purporting to conduct an internal review and the conduct of your own people is in question, that can’t have credibility.”

A senior justice official, speaking on background, denied that Palumbo was in a conflict of interest. The official said her experience with the case was an asset in the review, and would only be one part of the government’s examination of what happened to Diab.

Later, a spokesperson for the department emailed a statement to CBC News.

“The internal lessons-learned exercise requested by the minister was intended to gather information from and the views of those involved in Dr. Diab’s case, including defence counsel,” said Angela Savard.

“This exercise was not intended to replace or replicate a review by an external party.  As previously stated, information gathered during this internal exercise will be shared with the third party who will be conducting the external review.”