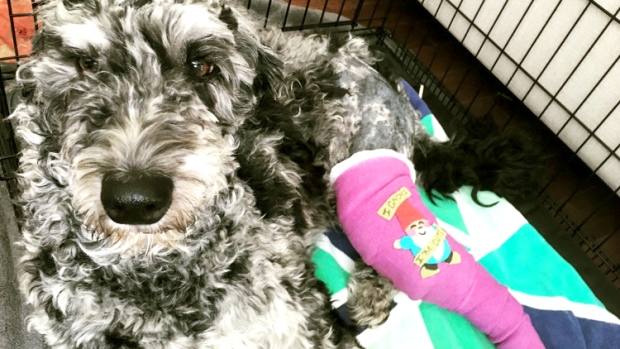 A Calgary couple is warning other pet owners after their dog suffered a serious cut from what they say was an illegal snare trap in Fish Creek Park.

“Geo was just kind of sniffing around in the bushes, so he was about five to 10 feet from the main path, and then my husband heard a loud snap sound and then my dog screeched,” she said.

The dog’s leg was badly cut from what looked like a snare trap, says Longval.

“The snare did, like, a 360 degree cut, kind of on his upper thigh, and it pulled down his skin just below the knee,” she said. “All we could see was the muscle on the dog’s leg.” 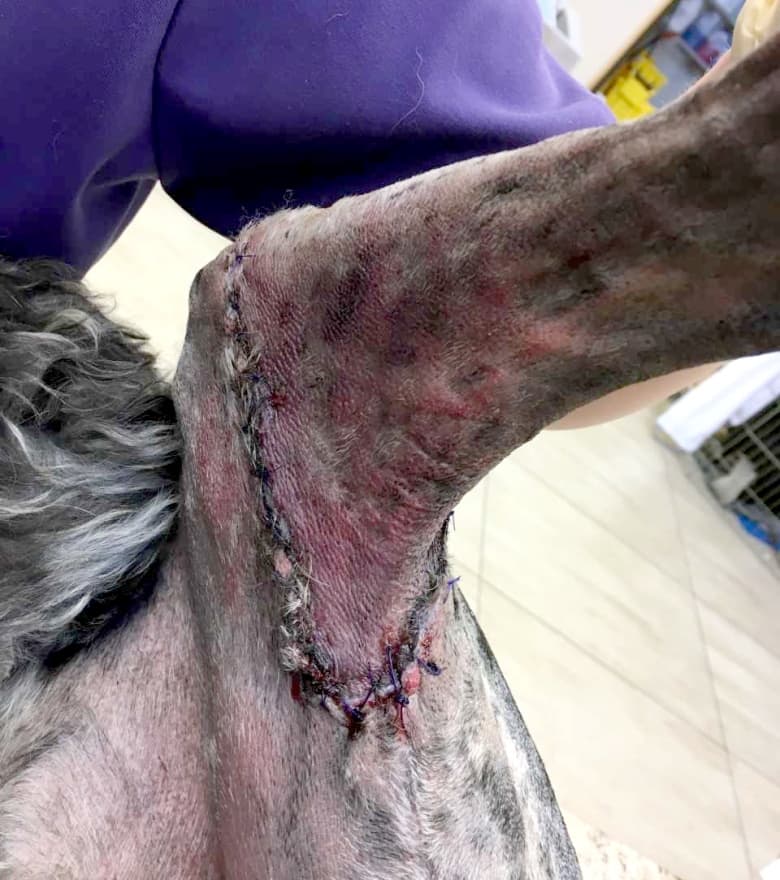 A veterinarian was able to re-attach Geo’s skin. (Submitted by Rochelle Longval)

Strangers helped rush Geo to Fish Creek Animal Hospital, where a veterinarian was able to re-attach the dog’s skin.

Longval says she hopes the experience serves as a caution to other park users.

Alberta Fish and Wildlife officials say they haven’t been able to locate any evidence of a snare in the area. But conservation officers are conducting further searches to ensure no there are unauthorized traps.