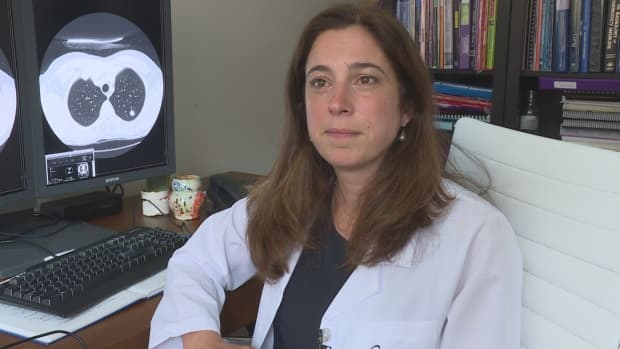 A Halifax radiologist says her own cancer diagnosis has added urgency to push for for an early lung cancer detection program — something that was pitched to the Nova Scotia Health Authority three years ago.

Dr. Daria Manos, head of thoracic radiology at the QEII Health Science Centre, was part of a team that recommended the screening program in 2015. That hasn’t happened but the health authority says it is looking at the proposal.

“Early detection of lung cancer could hugely change the way we think of lung cancer and the way patients deal with lung cancer,” Manos says. “It’s sometimes frustrating as a researcher to work on research and then have it only be stalled by politics.”

About 1,000 Nova Scotians are diagnosed with lung cancer each year. Manos alone estimates she sees one new case every day. But part of the problem is that by the time it is symptomatic, the lung cancer is advanced and the prognosis is poor.

In March, Manos was diagnosed with Stage 3 colon cancer, something that has given her a new perspective on the health care system.

“My own surgeon told me that my cancer had probably been there for 10 years. It’s a very similar situation with lung cancer,” she said of her diagnosis.

“So with my own experience, I realized how important and how life changing it may be if we can find those cancers earlier. And if we can put energy and resources into finding cancer earlier.”

The ability to detect lung cancer early has evolved dramatically in the last decade.

Some high-risk patients, such as those who have smoked a pack of cigarettes a day for 30 years, are eligible for CT scans, on a case-by-case basis.

“We do it with an 80-per cent reduction in the radiation dose. Patients are in and out within a minute. And within that minute, we get 1,000 images of the patient’s chest.”

Those pictures are like slices in a loaf of bread, giving radiologists the ability to scan the lungs, looking for little dots of cancer. 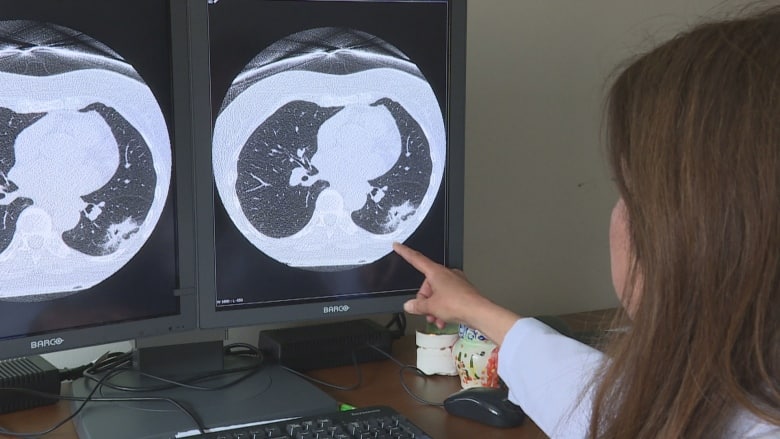 Dr. Daria Manos, a thoracic radiologist in Halifax, points to an image of a lung cancer that took 10 years to develop. (Carolyn Ray/CBC)

“Sometimes we’re finding nodules that are so small, the surgeon can’t even feel it when she’s in the operating room,” Manos said.

“So we’ve actually devised a new way where you can put a little wire into the lung to localize that tiny little dot for the surgeon to feel it in the operating room.”

“It’s heartbreaking. We’re seeing several patients a year present to the emergency department, their cancer is that far advanced,” she said.

‘A lot of planning’

“It’s something we’ve been exploring for awhile and an early lung cancer detection program theoretically could be a great thing but to institute it is quite complicated,” he said.

Bethune says the health authority is watching pilot programs currently underway in Alberta and Ontario in an attempt to figure out the logistics of how to move forward. 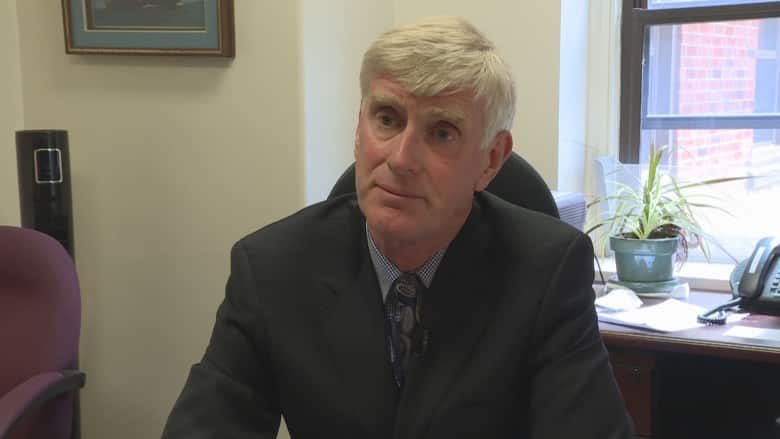 Dr. Drew Bethune says an early lung cancer screening program in Nova Scotia is under consideration, but there factors such as equipment, specialists and support programs have to be worked out. (Carolyn Ray/CBC)

“It has to be done properly. If we institute it without a whole system, it won’t work the way it should,” he said.

Bethune emphasizes it is not only a money issue.

The health authority would need to buy equipment, have the facilities, hire specialists who can process the information and establish psychological resources for participants in the program.

“It takes a lot of planning. We’re not there yet. I can’t say exactly when.”

Manos says she will continue to press for the program even as she undergoes chemotherapy herself.

“My own experience has affected my interest in being an advocate for cancer care,” she says.

“Part of being doctor is being an advocate for our patients. I think it’s really important that the politicians listen to the health care professionals.”