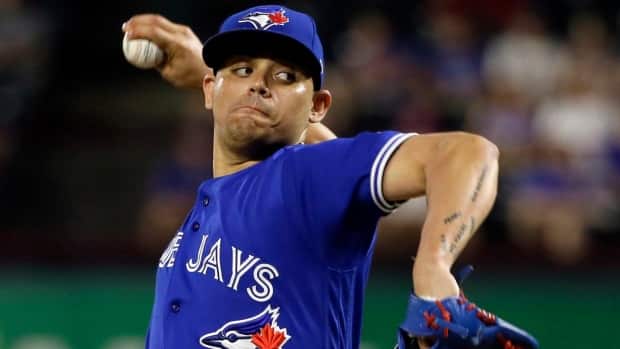 The 23-year-old closer was arrested last month in connection with  what his lawyer, Domenic Basile, called an alleged domestic incident.

Osuna did not attend the court hearing Monday, but his lawyer said the Crown had turned a “substantive” amount of their evidence over to Osuna’s defence team.

“I spoke to him this morning (and) he loves Toronto, he loves the Toronto Blue Jays and he wants to be back on the mound pitching for them,” Basile told reporters outside court.

Osuna, who earns $5.3 million per year, appeared in 15 games for the Jays earlier this season.

“He is going to continue to work out and throw the ball and be ready to come back when he is authorized to be back and play by Major League Baseball,” Basile said of his client, who was released on bail in May.

Osuna’s case is scheduled to return to court July 9.