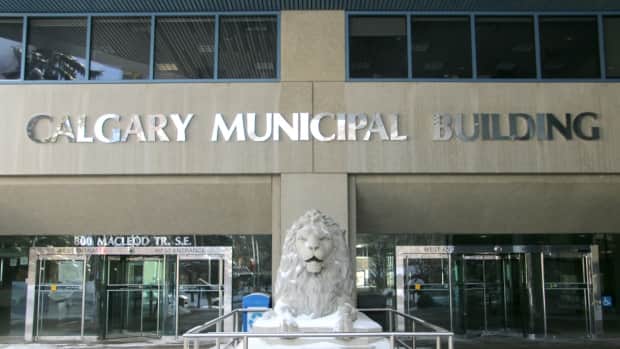 The release of an investigator’s report has allowed Calgarians to learn more about the misconduct of several city councillors in 2014 — but no thanks to the city, which fought tooth and nail to keep it from ever seeing the light of day.

Although most names and many details were redacted, Calgarians now know the investigator found “systemic problems” in the councillors’ offices, including disrespectful behaviour, discrimination and harassment.

They’ve also learned that staff in those offices felt they had no option but to quit or put up with unwelcome comments and actions from our elected officials.

But the city never wanted any of this information to get out — and the details of the fight to suppress the report reveal the city’s mindset.

It took an order by Alberta’s privacy commissioner following a three-year fight by CBC Calgary to get any public disclosure. Not to mention thousands of dollars of taxpayers’ money spent by the city to block the report’s release. Or the lingering shadow it casts over all 10 of the councillors who were re-elected last fall.

From a closed-door briefing of city council in December 2014 to the release of the redacted report last week, it has been a long and difficult road.

It’s been my longest pursuit of a single story at city hall since I started covering council in 2009. And it’s not over. 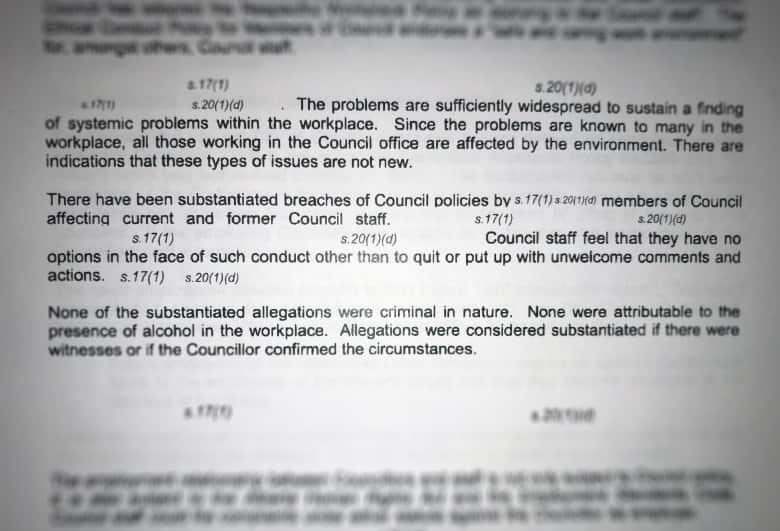 The Office of the Information and Privacy Commissioner of Alberta recently ordered the City of Calgary to release the report. However, details of misbehaviour and the identities of those deemed at fault were redacted. (Scott Dippel/CBC)

When you submit a request under Alberta’s freedom of information legislation (known as FOIP), you get documents — minus any redactions that are allowed under that law.

Things like personal information, third party names or details that are subject to solicitor-client privilege can be legally withheld.

The city’s legal position on this FOIP request was that not one word could be released.

It argued whistleblowers could be compromised, elected officials couldn’t be named and even a law enforcement investigation could be jeopardized.

When the city’s refusal was reviewed by the privacy commissioner, that office said most of the report should be released.

But the city again refused.

The privacy commissioner’s adjudicator noted that she was “not able to persuade the public body to change its decision. Thus we respectfully agree to disagree.”

City spent $76,000 to have outside lawyer investigate

The CBC asked for an inquiry and, in August 2016, Alberta’s privacy commissioner agreed. The inquiry process involves the parties exchanging arguments on paper, followed by rebuttals.

When I suggested the city could only redact certain information under the law and had to release the rest, the city’s law department fired back in its rebuttal on Aug. 1, 2017.

“In the records at issue, the excepted information is intertwined with other information and cannot be removed without rendering the remaining information meaningless. The public body appropriately withheld this meaningless information.”

As anyone can see from reading the document released this week, the information beyond the redacted names/actions is hardly meaningless. It’s actually quite revealing.

The opinion (provided by the outside investigator) was prepared for the dominant purpose of litigation that was, and continues to be, reasonably anticipated by the public body.– City of Calgary in its argument to withhold the report

In short, the city laid down a defence that ultimately failed.

We also learned through the FOIP process that the misconduct by politicians and the systemic problems in their offices were serious enough to warrant the city spending $76,000 to bring in the outside lawyer to investigate and produce the report.

“The opinion (provided by the outside investigator) was prepared for the dominant purpose of litigation that was, and continues to be, reasonably anticipated by the public body,” the city said in its argument to withhold the report.

6 parties lawyer up for inquiry, with taxpayers footing bill

When the privacy commissioner decided to hold an inquiry, even more lawyers entered the picture.

Six parties lawyered up, including councillors who hired FOIP experts from firms in Calgary and Edmonton to represent them. The councillors’ legal bills are being covered by the city’s law department.

Five of those lawyers lined up behind the city: nothing in this report could be publicly released to protect both councillors and the whistleblowers. 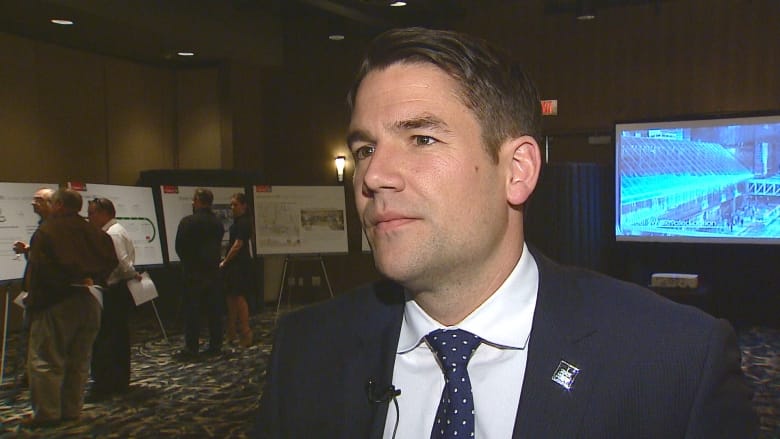 Ward 8 Coun. Evan Woolley was the only councillor who consented to having his name released in the report — a move the city’s legal department still resisted. (CBC)

However, the lawyer representing Coun. Evan Woolley said his client had no problem with his name being given in response to the FOIP request.

Woolley’s transgression was minor, he says: he yelled at a staff member and apologized.

But the other lawyers — including the city’s — argued Woolley couldn’t waive his own privacy rights because that would affect their clients.

The city’s lawyer stated “an assiduous observer” could figure out the identity of others who were involved if even just Woolley’s name was released.

Lawyers for the other parties also said releasing any information could damage their clients’ reputation, damage their personal lives, cause personal stress or psychological problems, and result in the loss of their jobs.

‘What you see is an attempt to cover it up’: councillor

In December 2014, council was briefed behind closed doors on the investigator’s report.

Several of them agree they were told there were breaches of policy. But they weren’t given any details and they weren’t told who broke the rules.

In that closed-door meeting, council didn’t vote to sanction anyone. It makes sense. It didn’t know who did what.

What you see is an attempt to cover it up and make it go away. There are no names and no punishment.-One of the councillors who was around the table that day in 2014

After reviewing the redacted report, one of the councillors who was around the table that day in 2014 told CBC Calgary that, in their opinion, the city’s concern went well beyond protecting the whistleblowers. They felt it was an attempt to cover up what happened in order to prevent damage to the city’s reputation and to limit the political/personal fallout of the misconduct.

The CBC has agreed to not name this person, who fears reprisals.

“What you see is an attempt to cover it up and make it go away. There are no names and no punishment,” the person said.

After the FOIP inquiry arguments were completed, I tried a journalistic technique to learn what was going on behind the scenes at city hall.

The CBC submitted a FOIP request last August asking for all records on how the city handled the original FOIP request for the investigation report.

In a rare move, the city asked the privacy commissioner last September to let it disregard that request on the grounds that it was “vexatious.”

The city attacked the CBC’s credibility, arguing the primary purpose of this FOIP request was to “repeatedly harass” or “grind a public body to a standstill.” 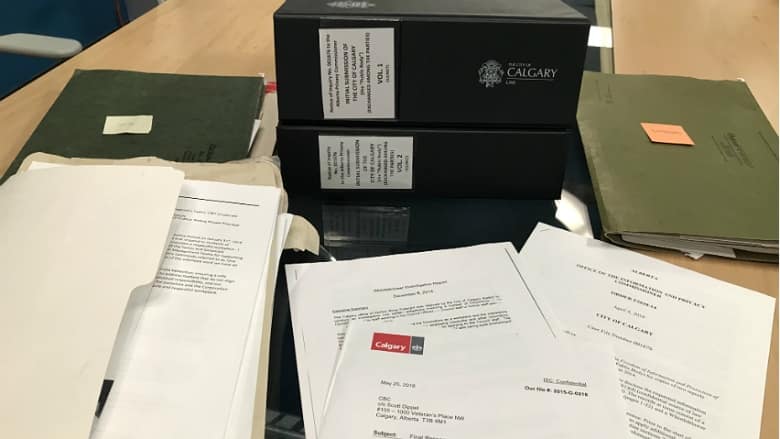 The city resisted a Freedom of Information and Protection of Privacy request filed by CBC News to release details of the investigation for three years. (Scott Dippel/CBC)

It also stated that this FOIP request would unreasonably interfere with the operations of the city.

The privacy commissioner rejected all of these arguments and directed the city to complete the FOIP request.

That work is now underway. But the city successfully delayed the release of this information by nearly a year.

The mystery of how much the lawyers cost

At last week’s council meeting, the city solicitor was asked how much the city paid to hire lawyers to represent councillors on this case.

“At this point, I would take the position that this information is not publicly available,” said Glenda Cole.

Based on similar FOIP requests in the past where even the payment cheques had to be released, it may be challenging for the city to legally withhold this information.

Mayor calls it a win for the city

Besides protecting the whistleblowers and the specifics of what the councillors did, the city has failed to keep the public from getting information it’s legally permitted to get.

However, Mayor Naheed Nenshi says the “long and ridiculous” fight over the investigator’s report is actually a win for the city. 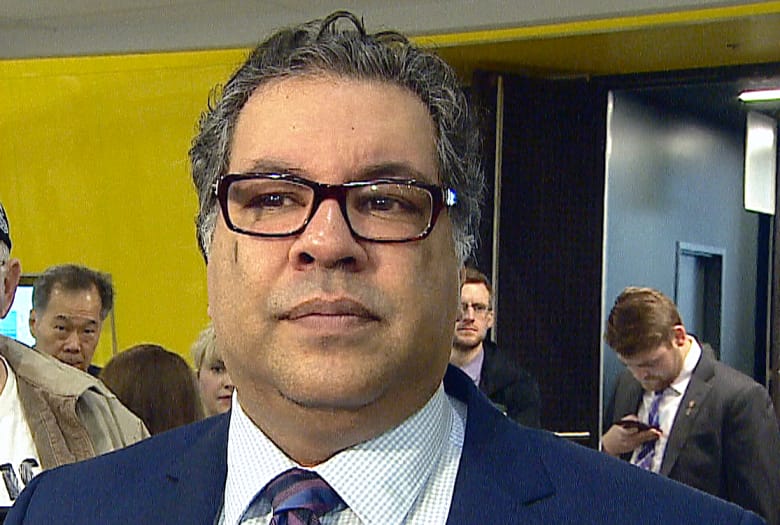 Calgary Mayor Naheed Nenshi says the ‘long and ridiculous’ fight over the investigator’s report is actually a win for the city. (Monty Kruger/CBC)

On that point, he’s accurate. Except no one wanted the whistleblowers’ names.

Public has ‘justifiable interest’ in learning what happened: commissioner

But what about the optics?

The privacy commissioner’s order to release the investigator’s report states: “The nature of the allegations and the fact that elected officials are involved lead me to conclude that the public would have a justifiable interest in scrutinizing the events described in the report.”

I’m not aware of anything that was severe or significant in terms of transgressions.– Coun. Gian-Carlo Carra

Our city’s elected officials were found to have treated staff in their own offices with disrespectful behaviour and acts of discrimination and harassment. Yet one city councillor, Coun. Gian-Carlo Carra, calls the investigator’s report a “good news story.”

Carra said that the investigation resulted in council bringing in a new system — and integrity commissioner —  to look into complaints about misconduct by council members.

As for the misconduct itself, Carra told reporters: “I’m not aware of anything that was severe or significant in terms of transgressions.”

“We’re aware that nothing was that serious.”

Yet, the city has put up a stiff defence and it’s still fighting the release of information about this matter. It’s not because this is about nothing.

Where we are now

When asked whether the accountability for the misconduct still seems absent, Coun. Sean Chu answered in a scrum: “I totally agree with you.”

Nenshi’s answer? “There’s no point in going back and being punitive.”

And Woolley’s decision to let his name stand has angered a number of councillors.

The deal they say they agreed to? No one talks and they’ll all stand together in order to protect the whistleblowers.

That arrangement crumbled when they learned Woolley agreed to release his name. Not surprisingly, some councillors have also broken ranks and said their names are not in this report. The problem is that this can’t be proven.

The new system created by council to look into wrongdoing by council members allows the integrity commissioner to investigate them. When allegations are proven, he can “name and shame” those who break the rules.

If that ever happens, it will be interesting reading — if only to see how he names the guilty while protecting the whistleblowers.