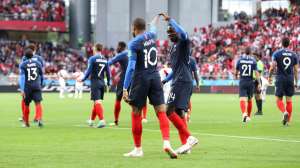 © The Associated Press
France’s Blaise Matuidi, right holds up France’s Kylian Mbappe’s hand as they celebrate after Mbappe scored the opening goal of the game during the group C match between France and Peru at the 2018 soccer World Cup in the Yekaterinburg Arena in Yekaterinburg, Russia, Thursday, June 21, 2018. (AP Photo/David Vincent)

The teenage forward tapped in a ball headed toward goal in the 34th minute to give France a 1-0 victory over Peru on Thursday.

With two wins from two matches in Group C, France is through to the next round with a match to spare while Peru has been eliminated. 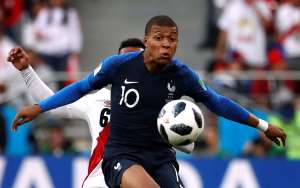 
France coach Didier Deschamps made a pair of tactical adjustments after an underwhelming performance in the team’s opening win over Australia. He put Blaise Matuidi and Olivier Giroud in the starting lineup but kept his same 4-3-2-1 formation with Giroud out front.

Both used their speed and passing to expose gaps in Peru’s backline.

Paolo Guerrero started for Peru after coming off the bench in the opening loss to Denmark. He came out with energy, but he cooled down after receiving a yellow card in the 23rd minute. 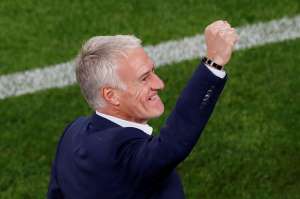 
Guerrero nearly missed the World Cup before having his doping ban lifted by a Swiss judge prior to the tournament. France goalkeeper Hugo Lloris was one of three opposing captains, along with Australia’s Mile Jedinak and Denmark’s Simon Kjaer, who signed a letter to FIFA supporting the lifting of the ban.

Guerrero had one of Peru’s best chances in the 87th minute from a free kick, but his attempt went right at Lloris.

After getting very little out of the three-prong attack of Mbappe, Antoine Griezmann and Ousmane Dembele in their opening win, the French trio was active in Yekaterinburg. 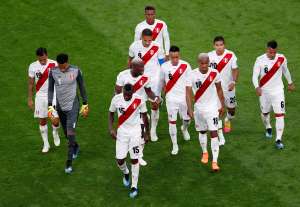 
Griezmann had a pair of opportunities stopped within the first 15 minutes, with Mbappe and Dembele consistently getting past Peru’s defense to set up scoring chances.

But it was midfielder Paul Pogba who opened things up for Mbappe’s goal. Pogba beat his defender and found Giroud with a perfect pass. Giroud then chipped it for Mbappe to easily tap it past goalkeeper Pedro Gallese.

Energized by the tens of thousands of Peruvian fans, the South Americans tried to match Les Bleus’ intensity early but were outshot 12-10 with only two of Peru’s chances on target, with two others blocked. 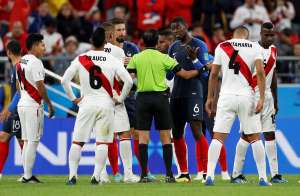 Both teams play their final group stage matches on Tuesday. Peru will face Australia in Sochi while France takes on Denmark in Moscow. 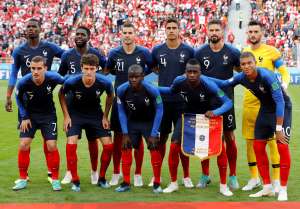 Deschamps got a boost from Giroud and Matuidi in the match against Australia and wisely made the move to start them against Peru. The chemistry they found as substitutes carried over and it sharpened France’s attack.

Peru again showed why it is one of the most fun teams to watch at this year’s World Cup, using creativity to open spaces for scoring opportunities. But that constant motion ate up a lot of energy and hurt their control as the match progressed. 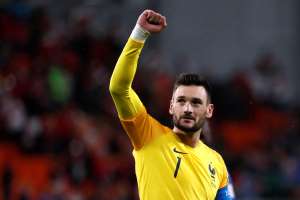 Thursday marked the 100th international appearance for Lloris. The 31-year-old keeper first played for France’s national team in 2008 and has been a fixture ever since.

He also now has made 76 appearances wearing the captain’s armband.