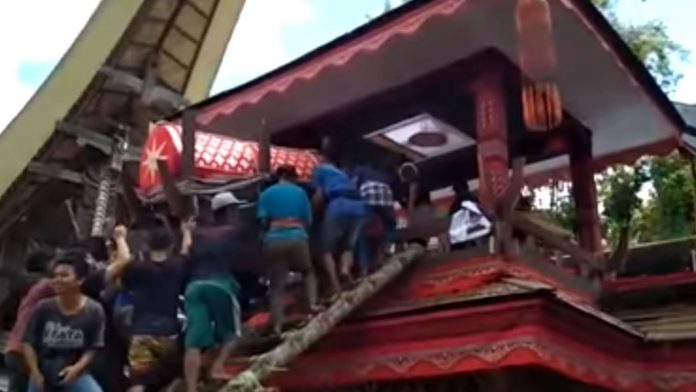 A man has been crushed to death by his mother’s coffin, police in Indonesia have said.

Samen Kondorura, 40, died when a bamboo ladder collapsed as pallbearers tried to carry the coffin onto the lakkian on the island of Sulawesi.

A lakkian is a carved tower where the coffin is placed before a traditional funeral.

Then the coffin “fell and hit the victim”, he added.

The coffin and those trying to carry it had fallen several metres. Despite the efforts of onlookers, Mr Kondorura died later in hospital.

According to a witness, he had suffered a severe head injury.

His body is now alongside the body of his mother Berta.

Mr Sirait said the ladder had not been properly reinforced but the family will not be pressing charges in relation to the man’s death.