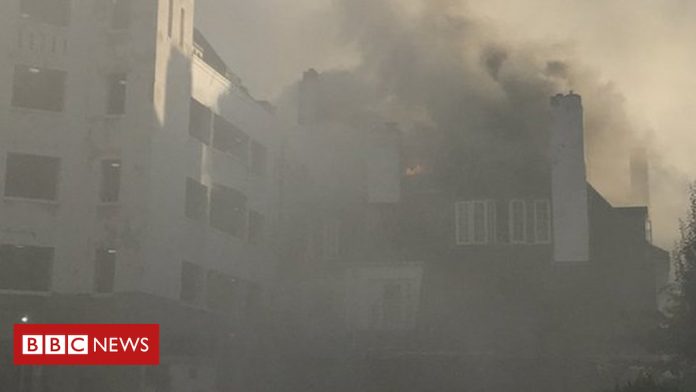 A large fire has broken out near three major railway stations in central London.

The London Fire Brigade said it was called to a blaze in Chalton Street, a few hundred metres away from Euston, King’s Cross and St Pancras, at 20:06 BST.

Witnesses have reported seeing flames and plumes of smoke, as well as several emergency vehicles at the scene.

Up to 40 firefighters are tackling the blaze, the brigade said.