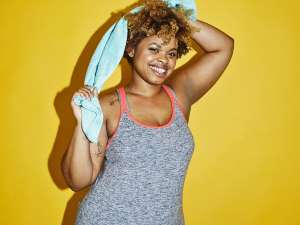 
Sweating is a totally normal, healthy bodily function that helps you cool down — even if you might be embarrassed because you think you sweat too much. But what happens if you’re not sweating as much as you think you should?

Before you start worrying that there’s something dreadfully wrong with you, rest assured that the same way our bodies all look different, they all function differently, too. And some people might just genetically sweat more or less than others.

But if you are a little worried, Stacy Smith, MD, a dermatologist at the California Dermatology and Clinical Research Institute, says that there may be a few reasons some people are less prone to sweating.

“The degree of fitness makes a big difference, in that if you are in good physical condition, you will sweat more quickly and more profusely,” he says.

Related: Sweat: How To Avoid It & How To Deal (provided by Refinery29) 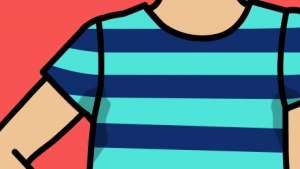 Sweat: How To Avoid It & How To Deal


That’s not to necessarily say that sweating less means you’re in bad shape. Rather, it just means that the more you exercise, the more active your sweat glands are likely to be in general.

However, if you barely sweat at all when you’re working out strenuously, that can be an indication of a bigger problem. In general, Dr. Smith says that sweating is a way to regulate and control your body temperature.

“If you’re not controlling your temperature, you’re going to feel hot, flushed, faint and tire quickly with modest amounts of exertions, so if that’s happening to you, you’re probably not sweating enough,” he says.

So, if you aren’t sweating, your body isn’t able to cool itself, which is a sign of a condition called anhidrosis, or hypohidrosis. According to MayoClinic, anhidrosis can be hard to diagnose, and can be caused by certain rare inherited conditions (such as Fabry’s disease) or skin damage that clogs the pores of your skin. Anhidrosis is a problem because, as Dr. Smith says, it can cause your body to overheat and cause heatstroke, but it’s a pretty rare condition. 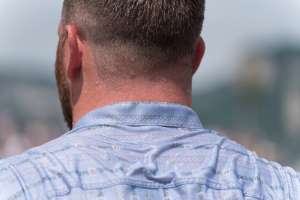 That being said, not getting super sweaty doesn’t always mean that you do have anhidrosis. After all, everyone sweats at different rates. So can you tell if you’re sweating enough?

“There’s not really a measurement of sweating, but if you’re able to undertake an activity without becoming excessively flushed, lightheaded, or quickly tired, then you’re probably sweating enough,” Dr. Smith says. If, however, you’re working out without sweating much at all, or you notice that you’re sweating less than usual, that’s a good time to check in with your doctor.

“Sweating is an important thing — you need to sweat and if you’re trying to decrease sweating, you need to be careful,” Dr. Smith says.