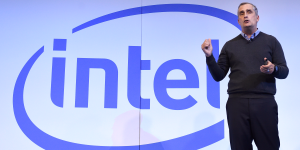 Intel’s CEO, Brian Krzanich, resigned on Thursday, according to an announcement by the company.

CFO Bob Swan will take over as interim CEO, according to the release.

Intel said that it found that Krzanich had a “past consensual relationship with an Intel employee” that ended up being a “violation” of company policies.

Krzanich was in charge when Spectre, a serious security bug affecting most Intel processors, was discovered earlier this year, and as CEO, he apologised on behalf of the company.

Recently, Intel had started focusing its business on building chips for servers and cloud computing companies. It also makes chips for laptop and desktop computers running Windows or MacOS. The company does not make many chips for smartphones, although Apple started to buy Intel modems for iPhones in the past few years.

Intel’s famous relentless technical progress, called “Moore’s Law,” suggested that its chips would get smaller and faster at a regular rate. But Intel has also recently had difficulties manufacturing next-generation “10 nanometre” chips and performance gains have been limited in recent years.

SANTA CLARA, Calif.–(BUSINESS WIRE)– Intel Corporation today announced the resignation of Brian Krzanich as CEO and a member of the Board of Directors. The Board has named Chief Financial Officer Robert Swan Interim Chief Executive Officer, effective immediately.

Intel was recently informed that Mr. Krzanich had a past consensual relationship with an Intel employee. An ongoing investigation by internal and external counsel has confirmed a violation of Intel’s non-fraternization policy, which applies to all managers. Given the expectation that all employees will respect Intel’s values and adhere to the company’s code of conduct, the Board has accepted Mr. Krzanich’s resignation.

“The Board believes strongly in Intel’s strategy and we are confident in Bob Swan’s ability to lead the company as we conduct a robust search for our next CEO. Bob has been instrumental to the development and execution of Intel’s strategy, and we know the company will continue to smoothly execute. We appreciate Brian’s many contributions to Intel,” said Intel Chairman Andy Bryant.

As Interim CEO, Swan will manage operations in close collaboration with Intel’s senior leadership team. Swan has been Intel’s CFO since October 2016 and leads the global finance, IT, and corporate strategy organisations. He previously spent nine years as CFO of eBay Inc. Earlier, he was CFO of Electronic Data Systems Corp and TRW Inc. He has also served as CEO of Webvan Group Inc.

Swan added, “Intel’s transformation to a data-centric company is well under way and our team is producing great products, excellent growth and outstanding financial results. I look forward to Intel continuing to win in the marketplace.”

The Board has a robust succession planning process in place and has begun a search for a permanent CEO, including both internal and external candidates. The Board will retain a leading executive search firm to assist in the process.

Fortnite servers going down ahead of Fortnite Lazarbeam skin update and release date |...