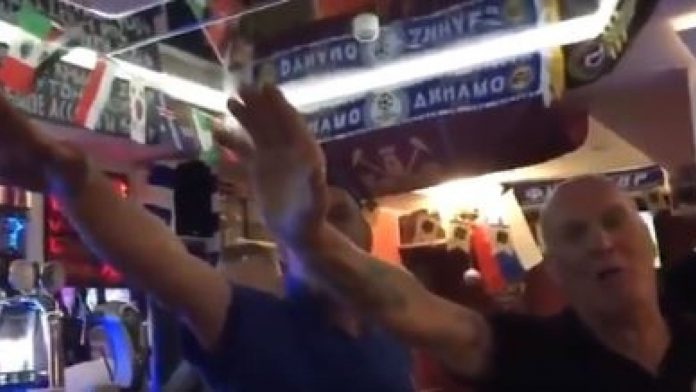 The Football Association has condemned a small group of England fans after a video appeared of them singing anti-Semitic songs.

The video was reportedly filmed in Volgograd where England played their opening World Cup game against Tunisia on Monday and won 2-1.

The Sun published the footage which appears to show at least two men taunting Tottenham Hotspur over their Jewish heritage while performing Nazi salutes.

An FA spokesperson said: “We strongly condemn the actions of the people in this video.

“We are working with the relevant authorities, including the UK Police investigations team, who are making enquiries to identify the individuals involved and take appropriate action.

“The disgraceful conduct of the individuals in this video does not represent the values of the majority of English football fans supporting the team in Russia.”