Henry Mance plugged in, turned on and hit Route 80 to find out. Spontaneity and distance were the first casualties.

“Where we going, man?” asks the narrator, Sal Paradise, in Jack Kerouac’s On the Road.

“I don’t know but we gotta go,” replies his friend Dean Moriarty.

The first rule of American road trips is to be bored with wherever you come from. Everything else is up for grabs.

You can have testosterone-fuelled road trips (On the Road) or feminist ones (Thelma & Louise). You can forget the family (Hunter S Thompson), or take them with you (Little Miss Sunshine).

You can escape corporate America (Easy Rider), or try to redeem it (Mark Zuckerberg’s 2017 apology tour). You can praise Iowa (Kerouac: “the prettiest girls in the world live in Des Moines”) or be honest (Bill Bryson: “I come from Des Moines. Somebody had to”).

Everything can happen on the road – because, as Kerouac wrote, the road is life. Over the past century, the road has been carved into American life through literature, politics and geography.

In October, it’ll be 50 years since Kerouac died, alcoholic and miserable, but his legacy remains the romantic vision of endless driving. There is, however, a complication. The cars of the future are electric. Electric vehicles rely on planning and recharging. Road trips rely on spontaneity and distance. Kerouac never worried about running out of gas. (He worried about running out of money for gas, which is different.)

Can you criss-cross America without gasoline? Technically, yes. Tesla, which dominates the US’s electric car market, has built a network of 1,533 Supercharger stations, where you can recharge a vehicle within an hour. It says that you can drive from New York to San Francisco with 21 strategically timed recharges.

But America has 100 filling stations for every Tesla station. An online calculator tells me that I could drive a Honda Civic from New York to San Francisco with a mere five filling stops.

Electric vehicles’ added hassle remains a major turn-off for many potential car buyers. “It’s called range anxiety, and yes you do have it. ‘Am I going to get there?’” I was told by one Tesla enthusiast, who had nonetheless managed 13,000 miles in four months.

Partly as a result, the Tesla revolution is fragile. Elon Musk’s company is lossmaking again, even though it mostly sells expensive cars to rich US buyers. Musk’s plan was to inspire other carmakers to go electric; some, like Jaguar, are only now testing the market seriously. The jury is out.

Even California, home of the electric car, is struggling to meet its target of five million zero-emission vehicles on the road by 2030. Los Angeles is almost certain to miss its goal of 80 per cent electric or zero-emission vehicles by 2035; such cars currently account for just 1.4 per cent of the market, and existing combustion-engine cars now have an average lifespan of more than 11 years.

For me, there is a personal motivation to seeing electric cars take off. Living in London, I have never felt the need to own a car. But living temporarily in San Francisco, I quickly found myself running out of better options. Journeys often took twice as long by public transport – if they were even possible. The proposed high-speed train between San Francisco and Los Angeles has been downsized. In some places, Uber and Lyft are replacing buses and trains. After a night out, my acquaintances seemed to think drink-driving was less eccentric than walking home.

Millennials are just as keen on buying cars as previous generations, once you control for demographics and economic factors, a recent academic paper found. The endless hum of traffic beneath my apartment window was the soundtrack of climate catastrophe. Transportation accounts for nearly 30 per cent of the US’s greenhouse gas emissions. As oil prices have gone down, car use has gone up. Electric cars promised that even I – a climate-worrier – could find a place on the road.

We are going to Reno, Nevada. Mainly out of curiosity. The city is often described as a poor man’s Las Vegas – smaller and seedier. It likes to call itself the Biggest Little City in the World, which strikes me as the Most Meaningless Meaningful Slogan in the Solar System.

“Reno is the worst place I’ve ever been,” says my colleague Yui. Five minutes later, he agrees to come. His two young kids are in too, plus a photographer. That means there’s no room for another colleague who also fancies the trip. An investment banker would call this outing significantly oversubscribed.

We hire a Tesla Model 3 on a peer-to-peer car hiring website. On pick-up, the car immediately suggests that we install a 25-minute software update. What is this – the car of the future, or a four-wheeled version of Adobe Acrobat? Even the glovebox is operated from the touchscreen.

The Model 3 is the most basic Tesla, though prices start at the far-from-basic $40,000. The long-range version can travel up to 310 miles, but charging it fully shortens the battery life.

My dashboard says we have charge for 244 miles. I pick up Jason the photographer, Yui and the kids nearby, and somehow we are down to 238. This still should be OK, I think. Reno – via picturesque Nevada City – is about 230 miles away. If things get tight, we can recharge at Truckee, 30 miles nearer. 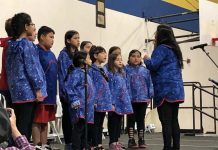 Study: A rising tide of marine disease? How parasites respond to a warming world