While others may be dieting and hitting the gym hard to stay in shape, some people stay slim effortlessly no matter what they eat. In a study publishing May 21 in the journal Cell, researchers use a genetic database of more than 47,000 people in Estonia to identify a gene linked to thinness that may play a role in resisting weight gain in these metabolically healthy thin people. They show that deleting this gene results in thinner flies and mice and find that expression of it in the brain may be involved in regulating energy expenditure.

“We all know these people: it’s around one percent of the population,” says senior author Josef Penninger, the director of the Life Sciences Institute and professor of the department of medical genetics at the University of British Columbia. “They can eat whatever they want and be metabolically healthy. They eat a lot, they don’t do squats all the time, but they just don’t gain weight.

“Everybody studies obesity and the genetics of obesity,” he says. “We thought, ‘Let’s just turn it around and start a new research field.’ Let’s study thinness.”

Penninger’s team looked at data from the Estonian Biobank, which includes 47,102 people aged 20 to 44 years old. The team compared the DNA samples and clinical data of healthy thin individuals with normal-weight individuals and discovered genetic variants unique to thin individuals in the ALK gene.

Scientists have known that the ALK gene frequently mutates in various types of cancer, and it gained a reputation as an oncogene, a gene that drives the development of tumors. The role of ALK outside of cancer has remained unclear. But this new finding suggested that the gene may play a role as a novel thinness gene involved in weight-gain resistance.

The researchers also found that flies and mice without ALK remained thin and were resistant to diet-induced obesity. Furthermore, despite having the same diet and activity levels as normal mice, mice with deleted ALK have lower body weight and body fat. The team’s mouse studies also suggested that ALK, which is highly expressed in the brain, plays a part there by instructing the fat tissues to burn more fat from food.

The researchers say that therapeutics targeting the gene might help scientists fight obesity in the future. “If you think about it, it’s realistic that we could shut down ALK and reduce ALK function to see if we did stay skinny,” says Penninger. “ALK inhibitors are used in cancer treatments already. It’s targetable. We could possibly inhibit ALK, and we actually will try to do this in the future.” Further research will be required to see if these inhibitors are effective for this purpose. The team also plans to further study how neurons that express ALK regulate the brain at a molecular level to balance metabolism and promote thinness.

The Estonian Biobank that the team studied was ideal because of its wide age range and its strong phenotype data. But one limitation for replicating these findings is that biobanks that collect biological or medical data and tissue samples don’t have a universal standard in data collection, which makes comparability a challenge. The researchers say they will need to confirm their findings with other data banks through meta-analysis. “You learn a lot from biobanks,” says Penninger. “But, like everything, it’s not the ultimate answer to life, but they’re the starting points and very good points for confirmation, very important links and associations to human health.”

The team says that its work is unique because of how it combines exploration of the genetic basis of thinness on a population- and genome-wide scale with in vivo analyses in mice and flies of the gene’s function. “It’s great to bring together different groups, from nutrition to biobanking, to hardcore mouse and fly genetics,” says Penninger. “Together, this is one story including evolutionary trees in metabolism, the evolutionary role of ALK, human evidence, and hardcore biochemistry and genetics to provide causal evidence.” 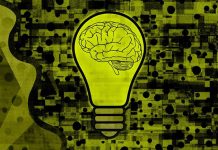 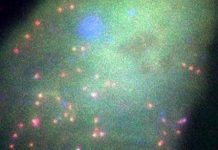 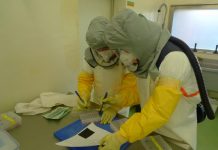