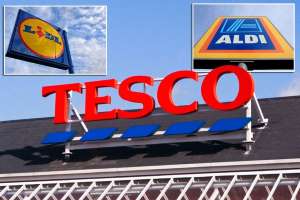 © This content is subject to copyright.
All change please – Tesco is on a mission to revamp its shelves


Britain’s biggest supermarket has admitted it’s stripping a number of household brands from shelves in a bid to outdo its cheaper rivals.

Tesco, which has more than 3,400 branches UK-wide, has been removing thousands of big names from stores in recent months – as part of a shake-up dubbed Project Reset that started in 2015.

Items that have been removed in recent weeks include Ornua’s Kerrygold Spreadable butter, Danepak bacon and Higgidy pies.

Higgidy lost all nine of its listings at the supermarket last month after the chain revealed a shake-up of its savoury pies, pastries and quiches.

It’s a move that could leave consumers with less choice but better-value prices, in similar vein to Aldi’s streamlined model . 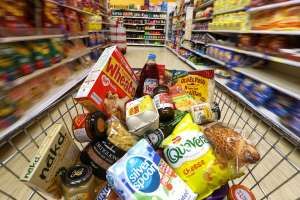 
Tesco is ploughing ahead with a two year transformation that will see it boost its own-brand lines and slash the number of suppliers it works with to improve efficiency.

The aim, it said, is to build up “mutually beneficial” long-term partnerships with key companies.

It follows growing competition from the likes of Lidl and Aldi – the latter of which has just been crowned grocer of the year for its award-winning wines and budget fresh produce.

Meanwhile, two ‘big four’ rivals, Sainsburys and Asda are in talks for a £12 billion merger that has could knock ‘at least 10%’ off prices in a further blow to Tesco.

The move would make the duo the UK’s second largest supermarket, and follows Sainsburys’ takeover of Argos. 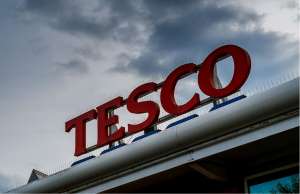 Tesco’s fall and return in 15 pictures


Speaking on the project, Tesco chief executive Dave Lewis stressed it will not damage relationships with suppliers.

The supermarket reported a 2.1% rise in sales in over January to March this year, the tenth quarter of growth in a row.

That’s despite the collapse and restructuring of several high street retailers so far this year – with Poundworld the latest to announce job cuts and potential closures .

Speaking on closures, Lewis said the Government should think about potentially changing the way business rates are calculated to ease the pressure on struggling firms.

A Tesco spokesperson told Mirror Money: “We are committed to strong and open partnerships with our suppliers, building long-term relationships so that we can serve our customers better, and grow together as a result.

“As we review our partnerships, we see an opportunity to build on our work of recent years, and grow even further with those suppliers who share our customer focus and vision for the future.”

In addition to Project Reset, Tesco is also on a mission to remove all ‘hard to recycle’’ packaging from its stores by 2019.

It also recently changed the way its Clubcard Rewards work . Customers will no longer be able to quadruple their points when they swap them for vouchers at participating retailers, such as Pizza Express and Legoland, with the amount now capped at three times the value.

Elsewhere the grocer has just weeks left of Tesco Direct before it closes for good.

Tesco said the website – which will include 500 job losses – was just about breaking even before the annoucement.