After spending two years studying how mobility scooters are used on Quebec roads, the provincial government says it needs more time to analyze the issue.

The province made sweeping changes to its Highway Safety Code in April, imposing new rules on drivers, motorcyclists, cyclists and pedestrians.

However, it did not touch mobility scooters or electric wheelchairs, which are not currently mentioned in Quebec’s traffic laws.

Instead, users are being told to keep following the temporary rules that were set out in a pilot project in 2015. That project was supposed to end last year but was recently extended for another two years.

Mila Roy, a spokesperson for Quebec’s Transport Ministry, said one of the problems is deciding how to classify the scooter.

“It’s hard to choose which category to put those users [in],” Roy said. “Are they cyclists or pedestrians? Or do we really want to do a different category, especially for them?” 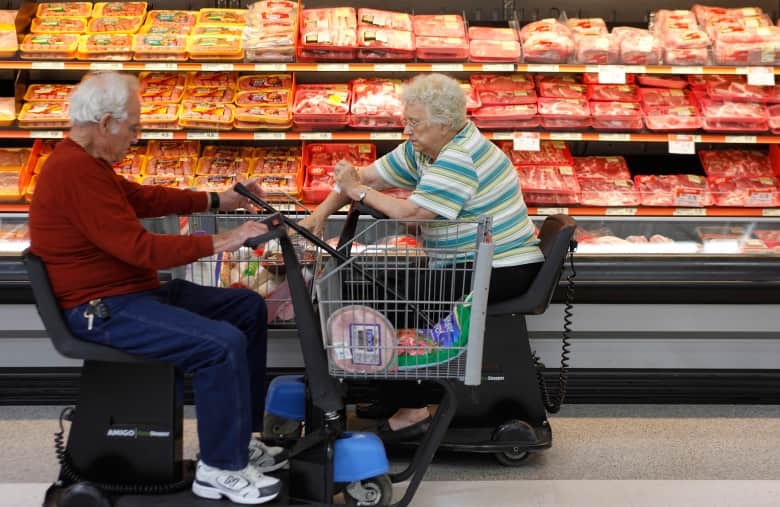 Mobility scooters can restore a user’s freedom, but many are unsure which traffic laws apply. (Jessica Rinald/Reuters)

Quebec’s public health institute (INSPQ) spent two years studying results from the pilot project. It produced a 280-page analysis, which reveals just how tricky the subject can be.

Nearly a quarter of users surveyed as part of the project said they should be forced to follow the same rules as pedestrians. 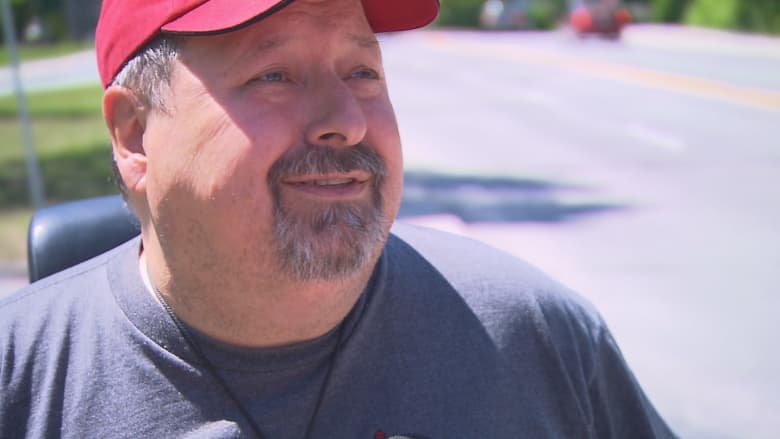 Denis Poulin, who has been riding a mobility scooter for two years because of arthritis, would like to see the province draw up some clear rules. ‘Are we pedestrians?’ he asked. (radio-canada)

Denis Poulin, who has been driving a mobility scooter in Sherbrooke, Que., for two years because of arthritis, said there is a need for clear, permanent rules.

“There are people who have triporters, or quadroporters, who drive quickly, even if there is a sidewalk…. They act like it’s a car and they go on the road. But it’s not a good thing to go on the road with those things,” Poulin said.

“Are we pedestrians? That’s what I want to know.”

The ongoing pilot project has three general regulations that mobility scooter users are to follow:

The report also nonetheless details the problems people such as Poulin face when they try to follow these regulations.

On the sidewalk, even the smallest obstacle can become a major obstruction, while roadways are not always safe.

Users almost always take a bike lane when they are available, the INSPQ report said. However, more than half of those who took part in the study nonetheless often drive on or along the roadway.

A handful of mobility scooter users also took exception to the fact that the province was trying to regulate them at all, considering they already have trouble navigating through their towns and cities.

Poulin says for users like him, the use of a mobility scooter offers freedom, but also requires battling the city’s infrastructure.

“If we didn’t have it, what would we do? We would stay home. That’s what we would do,” he said.

The INSPQ surveyed 715 people, including drivers, cyclists, pedestrians and mobility-scooter users. At least a third of respondents in each category reported some sort of conflict with scooters.

Drivers expressed the deepest dissatisfaction with scooters, although INSPQ also found that pedestrians were “sometimes irritated by disrespectful mobility scooter users who brush up against them or go too fast.”

Cyclists, too, complained scooter users could be disrespectful or impatient; “sports-oriented” cyclists said they were irritated by having to slow down for them.

As for scooter users themselves, they were most concerned about having to share the road with cars.

According to Quebec’s automobile insurance board, eight people died on scooters and a further 228 were injured in collisions with motor vehicles between 2010 and 2015. 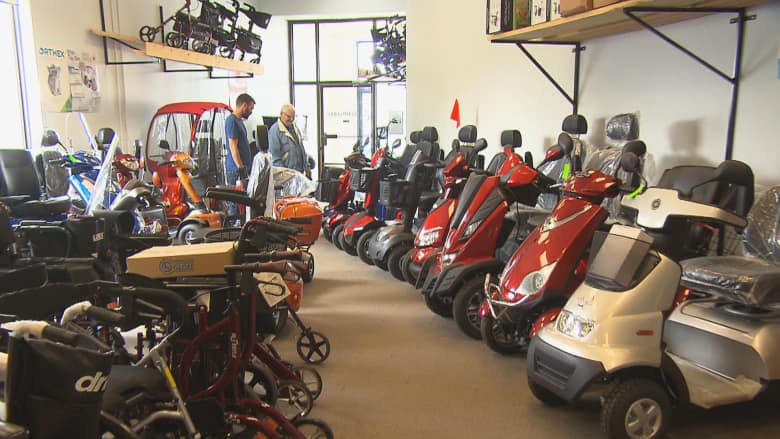 Quebec’s Highway Safety Code has no permanent rules for mobility scooters. However, a set of temporary rules has been in place since 2015. (Radio-Canada)

But the INSPQ study also noted that exact numbers are hard to obtain. Nearly all its participants reported some sort of close call: “The majority of motorized wheelchair and mobility scooter users have experienced at least one major incident and some have had collisions with road vehicles.”

Warning about the general public

The INSPQ’s study warns the provincial government that law-abiding mobility scooter users could face resistance if the general public, as a whole, does not know which rules they are supposed to follow.

“Negative reactions could still emerge when confronted with their presence on roads, sidewalks, or bike paths even if the mobility scooter users are fully in the right,” the report said.

Roy, the Transport Ministry’s spokesperson, said the extra two years given to the pilot project will be crucial to finding a way to integrate mobility scooters into the road system.

“Those two years will be really necessary,” she said.