The union representing correctional officers at the Ottawa-Carleton Detention Centre (OCDC) says jail officials are withholding a surveillance video showing an attack by inmates that sent two guards to hospital.

Ottawa police said their investigation into the May 25 incident is stalled while they await “a major piece of evidence,” but wouldn’t say what that evidence is.

The Ontario Ministry of Community Safety and Correctional Services confirmed two officers were injured at OCDC that day, but would not discuss the surveillance video.

“The ministry does not publicly discuss details of its security protocols or procedures for the safety of inmates and staff,”  spokesperson Andrew Morrison told CBC.

Neither officer has returned to work since the attack, which took place in the maximum security wing of the jail.

Veteran correctional officer Ryan Doyle said the incident began when a jail guard interrupted a group of Muslim inmates who were praying. The officer was there to collect one of the inmates for transfer to Canada Border Services Agency officials for deportation, Doyle said.

The officer later tried to explain himself, but the inmates attacked him and a second officer was dragged into the fray, Doyle said.

Some 30 to 40 correctional officers rushed to their aid and rounded up the inmates, returning them to their cells.

One of the injured officers will require further surgery to his arm, Doyle said.

“Those things all heal,” Doyle said, but the trauma caused by the attack will take longer to repair.

Saddened to hear 2 of our correctional officers assaulted yesterday at OCDC.<br>Violence is unmistakably becoming an epidemic in our provincial institutions. Staff need support, policies and legislation to curb this disturbing trend.

So will the guards’ grip on the jail, he believes.

“I heard first-hand from the inmates, ‘That’s what you get, this isn’t over; there’s more to come.’ These threats were repeated over and over,” Doyle said. “We’re going to lose this jail.”

On June 2, barely a week after the May 25 incident, four officers went to hospital with minor injuries after breaking up a fight among inmates in the jail’s reception area.

“Public servants are at risk and we’re not being protected,” said Scott Ford, president of the Ontario Public Service Employees Union (OPSEU) local representing the officers at OCDC.

In a letter to the correctional system’s regional director, OPSEU said morale among its members “has never been lower,” and demanded a full investigation into the May 25 incident.

“It’s all about us seeing where the threat level is, and where we need to go moving forward,” Ford said. 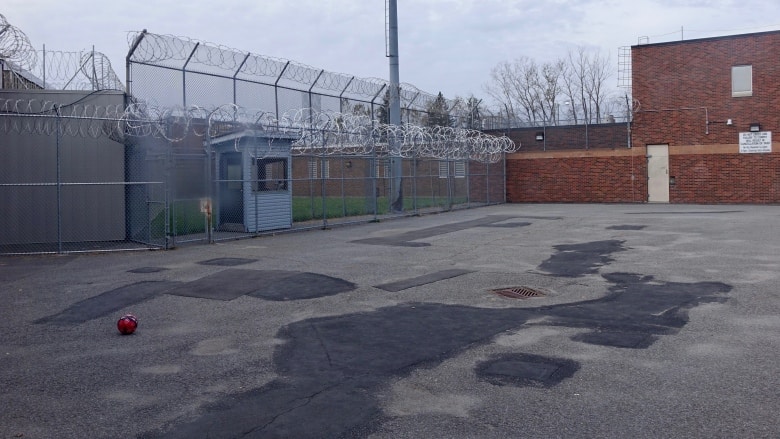 OPSEU believes the May 25 attack marks a tipping point in the level of intimidation exerted by the jail’s more violent inmates, and wants management to back them in their bid to take back control.

Otherwise the attacks will continue, OPSEU says — not just on guards, but on the jail’s less violent inmates.

OCDC has been the focus of intense public scrutiny — and a recent task force — over poor conditions for inmates due to overcrowding.

But recent changes to options available to deal with violent inmates in Ontario jails have coincided with a spike in attacks against correctional officers across the province.

There were 46 incidents involving inmate-on-staff violence at OCDC in the first half of 2017, compared to 41 incidents in all of 2016.