The Moncton Magic will need to find a new home court.

The National Basketball League of Canada team has played at the Moncton Coliseum, a venue city council voted Monday will no longer host large sporting events.

City councillors voted unanimously Monday for a new business model that shifts away from concerts and sporting events at the 7,800-seat arena to large trade shows and exhibitions.

The decision comes as the city prepares to open its 8,800-seat downtown events centre in September.

“We are shocked and disappointed by Moncton city council’s decision to make the Moncton Magic relocate its 2018/19 season schedule to another venue – rather than being allowed to continue at the Moncton Coliseum for another year,” said Mike Storey, vice president of operations for the team, in an email Monday night.

Catherine Dallaire, general manager of recreation, culture and events for the City of Moncton, said the city’s review of the future of the Coliseum has occurred over about 18 months. 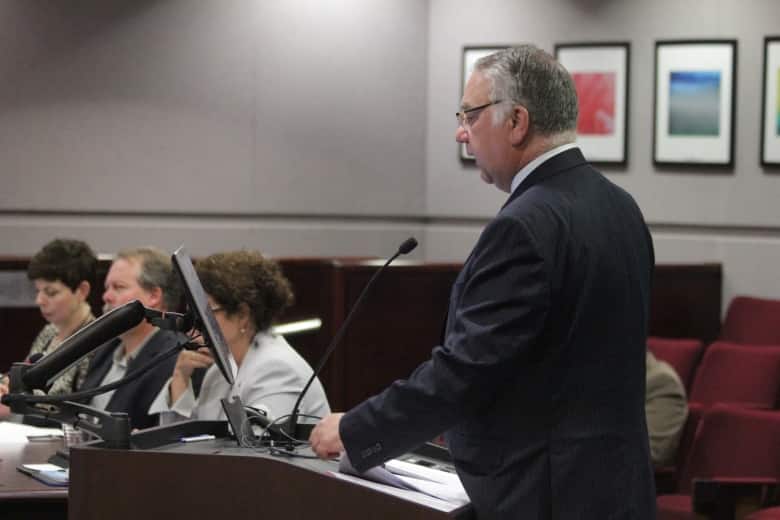 Dan Babineau, director of special projects for the City of Moncton, outlines the future of the Coliseum on Monday at city council. (Shane Magee/CBC)

“We of course would work with the Magic to identify some other options, the events centre being one of them,” Dallaire said.

SMG Canada, the private operator the city selected to manage and maintain the events centre, would be responsible for any agreement for the team to play in the building. SMG Canada declined to comment.

The Moncton Wildcats already announced the team will play its next season at the events centre.

Moving the team and concerts out of the building means more time to book large trade shows.

“To be able to really target those larger shows I think will be a huge asset for us and really can make the Coliseum and arena the trade show and exhibition space in the region,” Dallaire said.

The Coliseum and attached complex offer up to 120,000 square feet of trade show floor space.

Council opted to keep the ice plant. The ice surface will be rented for sports like women’s hockey and ringette when the space is not booked for trade shows. 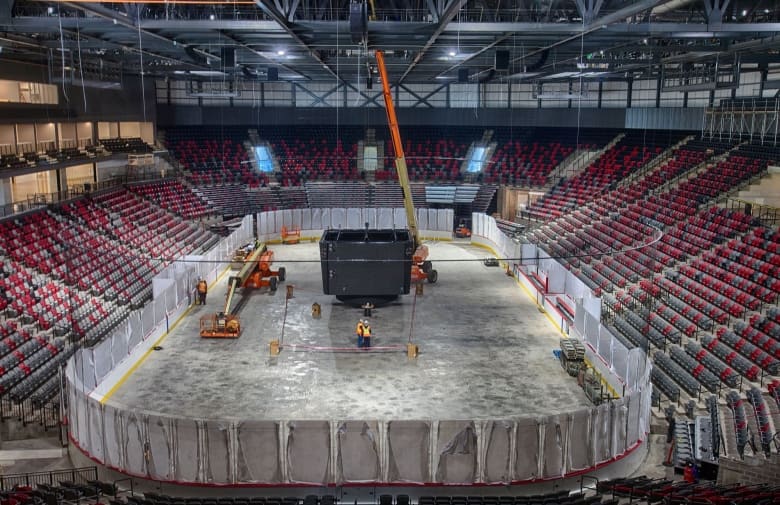 The Coliseum cost the city $2.13 million to operate last year, according to figures presented to council Monday. That cost is expected to drop to an average of $1.25 million over the next five years.

The city had put off some maintenance work at the facility while its future was unclear.

Dan Babineau, the city’s director of special projects, told council about $16.8 million in spending will be required to keep the Coliseum open for 25 more years.

The city plans to redevelop land along Killam Drive and the north end of the Coliseum parking lot to offset the costs of keeping the facility open.