When it comes to southwestern Ontario, there’s no place fishier than Wheatley.

That’s because the community — located in the extreme southwest corner of Chatham-Kent, right beside Leamington — is home to the world’s largest freshwater fishery.

Perch and pickerel (also known as walleye) are the most prized catches. A few years ago, I had a chance to see the processing side of the industry — how fresh fish turn into the fillets and other cuts we get at the store.

However, I still wanted to see how the fish get caught in the first place.

That’s why I found myself at the Wheatley harbour last week at 4:15 a.m., staring sleepy-eyed at this boat. 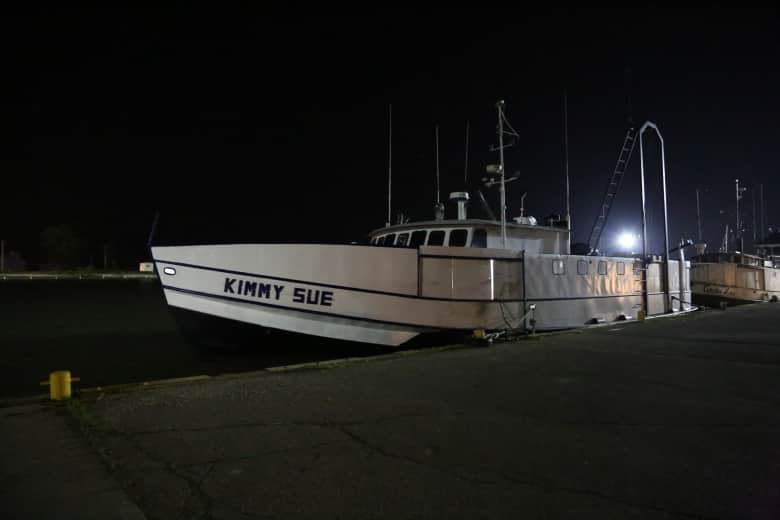 The Kimmy Sue is 26 metres long and was built in the 1960s. It was purchased by the Adragna family in 2000. (Jonathan Pinto/CBC)

The Kimmy Sue is owned by brothers Claudio and Paul Adragna. One of the smallest operations in the area, the two are nevertheless well known in Windsor-Essex because of their presence at almost every local farmers’ market, selling their catch under the name — Dockside Fisheries.

After the crew quickly loaded nets and other gear from shore, I climbed aboard as the boat headed into the darkness of Lake Erie.

Tap on the audio player to hear my experience.

Jonathan Pinto spent a day with the crew of the Kimmy Sue, a Wheatley, Ont.-based commercial fishing boat that catches perch and pickerel on Lake Erie. It’s owned by brothers Claudio and Paul Adragna, who sell their fish in Windsor-Essex under the name Dockside Fisheries. 4:22

A look at life on Lake Erie 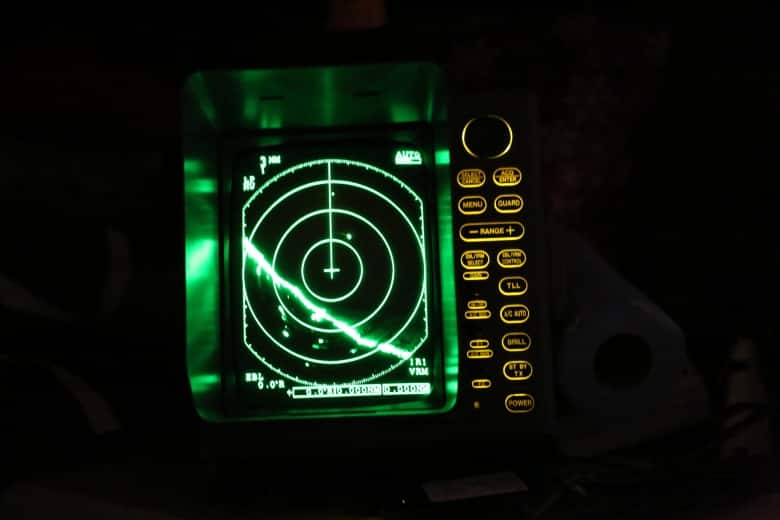 There’s some pretty high-tech equipment on board, including this radar. (Jonathan Pinto/CBC) 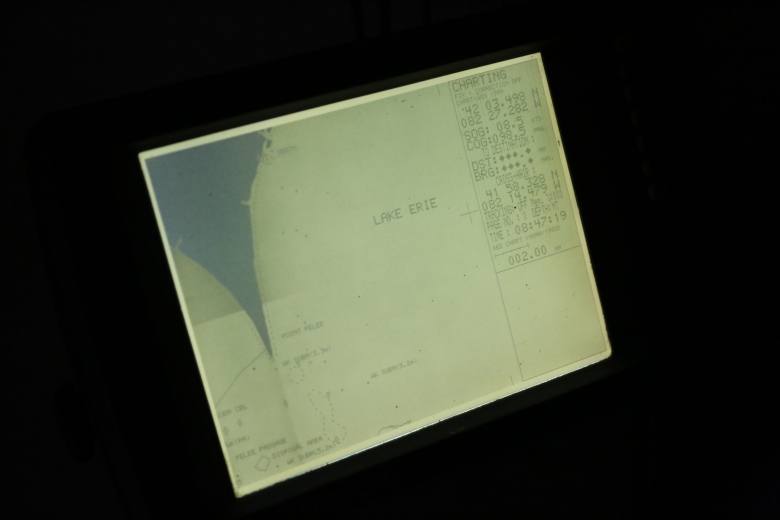 GPS is extensively used, including to determine the location of nets. (Jonathan Pinto/CBC) 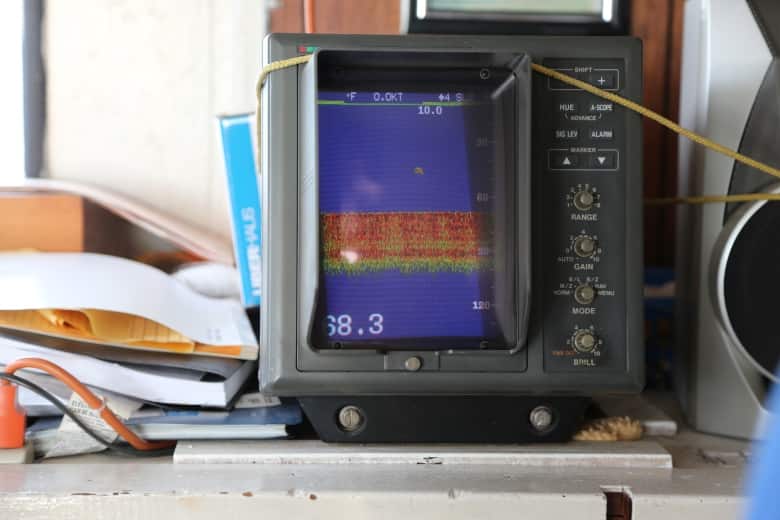 Sonar is used to track movement of fish. (Jonathan Pinto/CBC) 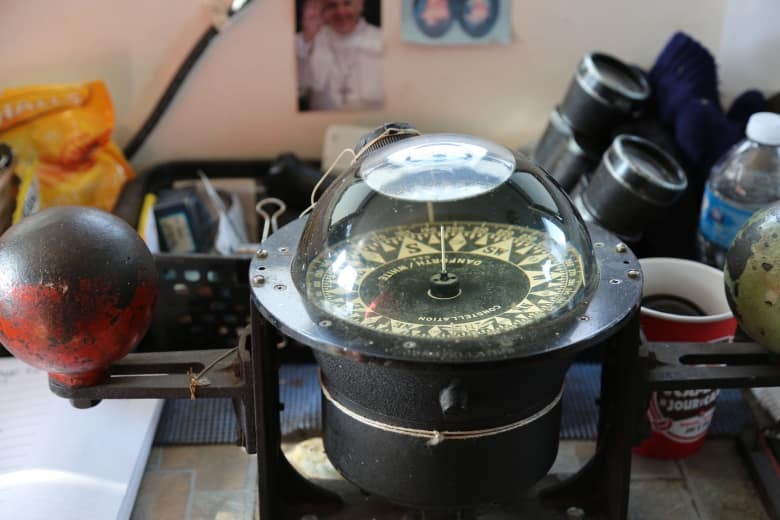 Still, some more traditional tools are used, such as this compass… (Jonathan Pinto/CBC) 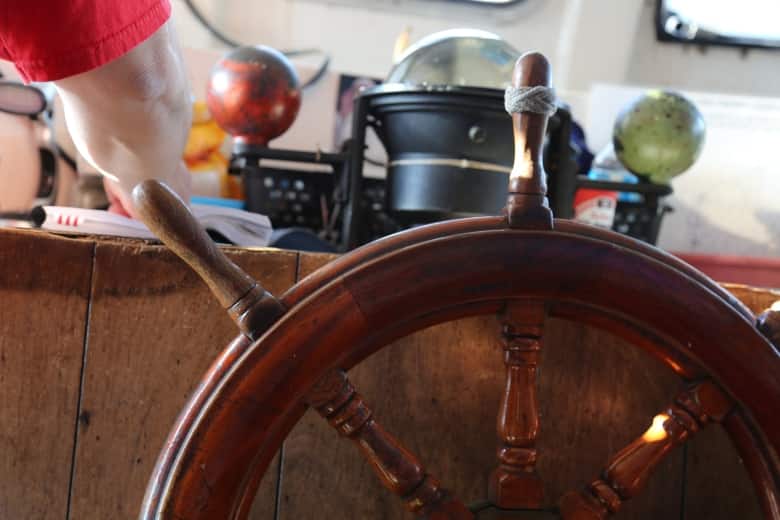 …and this steering wheel. (Jonathan Pinto/CBC) 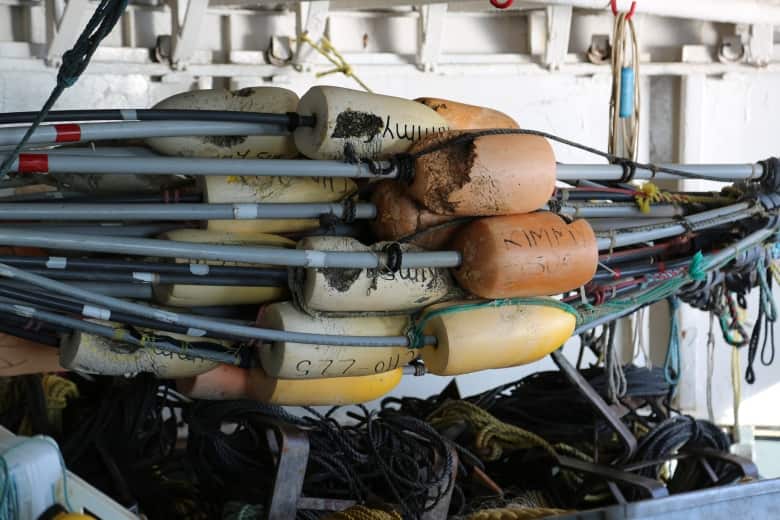 Numbered buoys are attached to each set of nets. (Jonathan Pinto/CBC)

After an hour in the water, the crew start pulling in the nets they cast in the lake the day before. 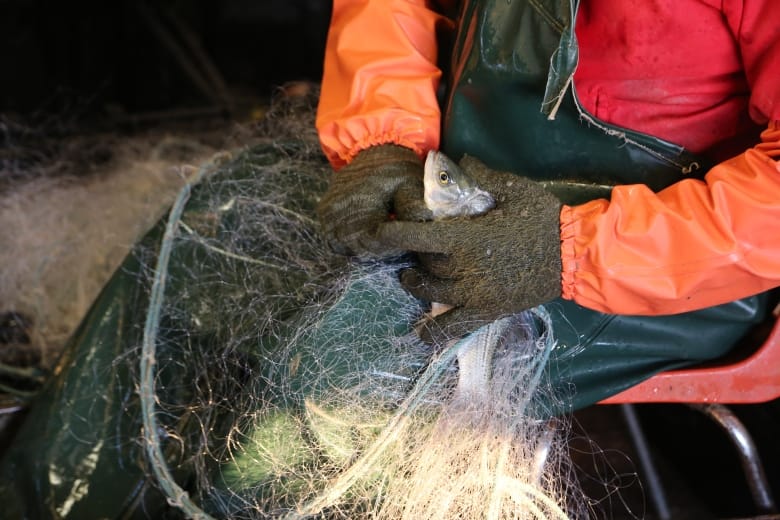 The crew begin separating the fish from the nets. (Jonathan Pinto/CBC) 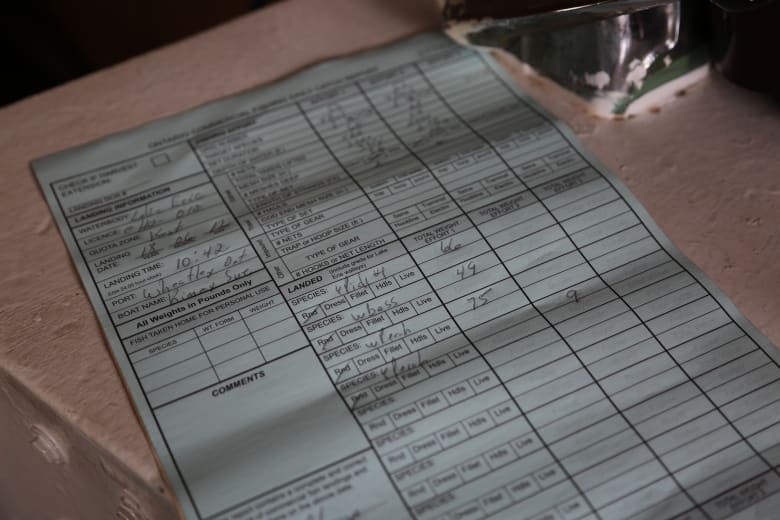 Every aspect of the catch is meticulous recorded to comply with government regulations. (Jonathan Pinto/CBC)

Because the day’s catch was low, nets were cast in a different area of the lake in the hopes of a better yield the next day. 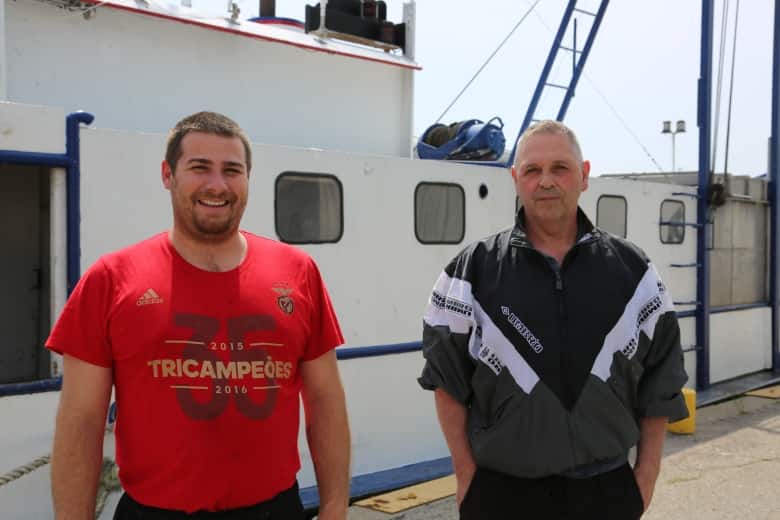 Kevin Salsinha and Helder Caneco are part of the Kimmy Sue’s four-person crew. According to Captain Paul Adragna, it is becoming increasingly difficult to find workers willing to work on the lake. (Jonathan Pinto/CBC) 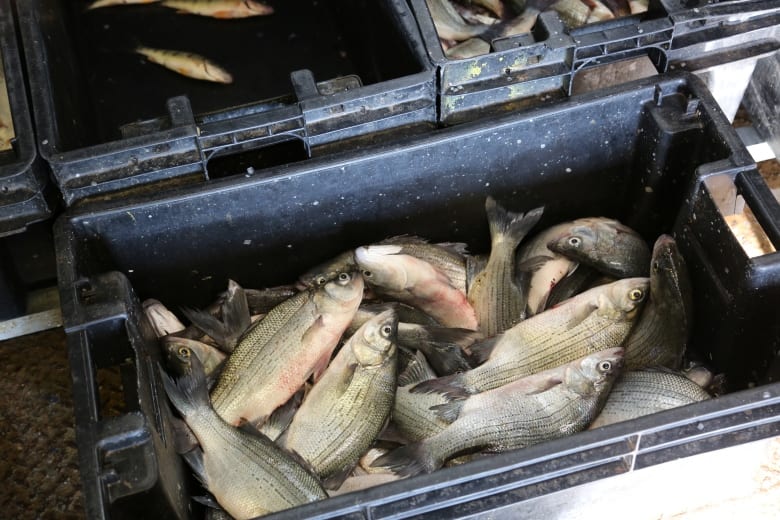 The majority of the day’s catch comprised of white bass and white perch, fish that are valued far less than pickerel and yellow perch. (Jonathan Pinto/CBC) 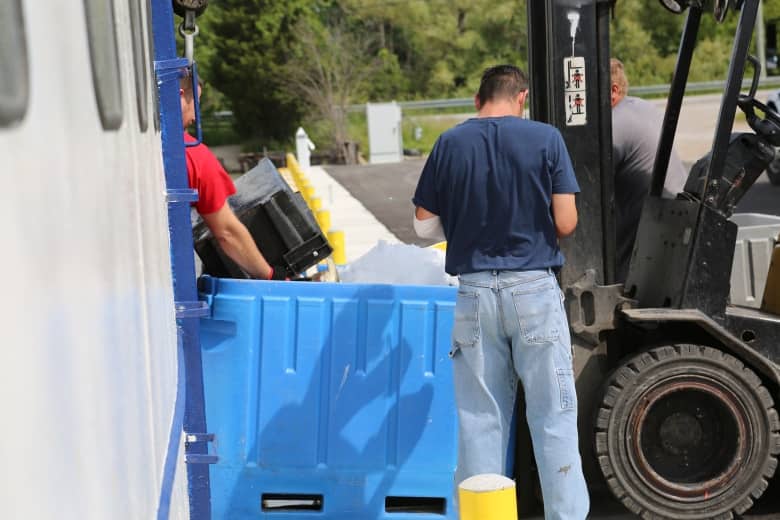 After being weighed, the fish are placed in large totes filled with ice and taken to the processing facility. (Jonathan Pinto/CBC)

Fish from Dockside Fisheries can be found at most farmers’ markets in Windsor-Essex, as well as at 913 Drovers Rd. in Wheatley. The brothers also supply fresh fish to dozens of restaurants in the region.

CBC Windsor reporter Jonathan Pinto travels across southwestern Ontario as Afternoon Drive’s “food dude.” Know of a place you think he should check out? Email him at [email protected] or on Twitter @jonathan_pinto.