A social worker from B.C. is calling for legislative change since discovering an Ontario children’s aid society was allowed to disclose her identity after she’d reported a concern anonymously.

Despite giving individuals the option to report anonymously, there is nothing in provincial legislation that requires children’s aid societies to protect the anonymity of people who report possible child abuse or neglect.

She has a rental home in Barrie, and two months ago while Slykhuis was in the process of evicting her tenant she was told by her property manager that there were drugs in the home and in reach of children.

Anyone who is aware of possible child abuse or neglect has a legal duty to report it. And as a social worker Slykhuis knew that she would, even though it could make her “messy eviction even messier.”

Turns out it did, Slykhuis told CBC Toronto.

Slykhuis phoned the local children’s aid society, Simcoe Muskoka Family Connexions, and had to leave her name and number with a call centre so a child protection worker could call her back to take the report.

However, she says she made it clear she didn’t want to be named.

“I reiterated several times that it’s really important that I stay anonymous,” Slykhuis told CBC Toronto. “At no point did they say that I wouldn’t.”

Three days later, she was shocked to receive a text message from her tenant about the report she’d filed.

The B.C. woman called the children’s aid society and says she was told the tenant had indeed been informed the complaint originated in B.C.

“Her landlord who’s evicting her is in British Columbia, she put two and two together and that revealed my identity,” said Slykhuis.

Slykhuis says since then her tenant has been evicted but she says the tenant is refusing to pay back roughly $10,000 in rent she had promised before she found out Slykhuis had reported her.

“The house was in very, very poor condition, you could call it trashed,” said Slykhuis. “What’s worse is she’s taken to harassing the new tenants, my family, myself — threatening — all of it she relates back to me phoning child protection.”

Even if a child protection worker hadn’t told Slykhuis’s tenant the call came from B.C., Slykhuis says the children’s aid society later told her that her identity would have been revealed if the tenant requested to view her file. 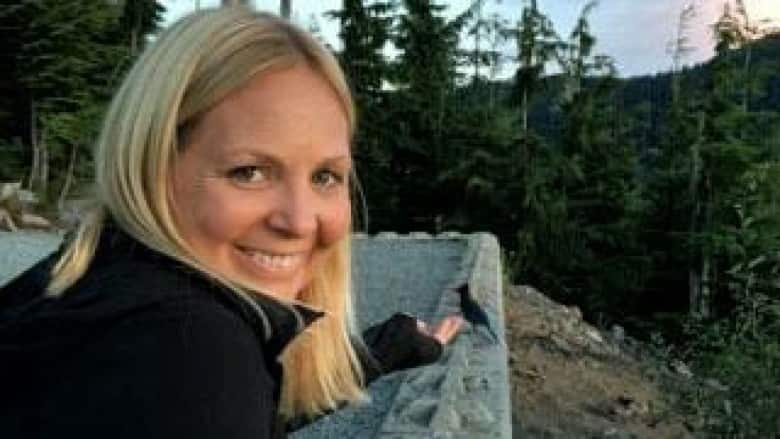 Two months ago Dawn Slykhuis was in the process of evicting her tenant when she was told by her property manager that there were drugs in the Barrie home and in reach of children. (Submitted by Dawn Slykhuis)

Simcoe Muskoka Family Connexions would not comment on Slykhuis’s case specifically, but responded generally to reporting concerns about anonymity.

In an email, the agency told CBC Toronto, “confidentiality cannot be explicitly assured when making a referral if the person making the call has disclosed their identifying information.”

But the email also said Simcoe Muskoka Family Connexions does “adhere whenever possible to concerns about being identified that are relayed when making a report.”

Slykhuis says she was “so disheartened” when she found out her identity could be revealed.

“The most important people in ensuring the safety of children in Ontario are the people reporting the abuse,” she said.

“Those are the people providing the necessary information for children’s aid to do their investigations. And if they’re not protected, they’re not going to call.”

The most important people in ensuring the safety of children in Ontario are the people reporting the abuse.– Dawn Slykhuis

On the Simcoe Muskoka Family Connexions online reporting page there is an option to click “yes” to report anonymously.

The agency acknowledged that “in practice” they ask a person reporting whether “they are open to being identified” in their online form and “when speaking with an intake screener.”

And Simcoe Muskoka Family Connexions isn’t the only agency offering anonymity as an option in reporting child abuse.

The Ontario Association of Children’s Aid Societies says “you can report anonymously” on the “how to report abuse” page of its website.

In an email statement, a Ministry of Children and Youth Services spokesperson told CBC Toronto that in Ontario “children’s aid societies are independent entities that deliver child protection services in their communities.”

Children’s aid societies “are expected to have policies that comply with Ontario’s Case Information Disclosure Policy,” but that policy “does not provide a specific approach to preserving the anonymity of individuals who report possible child abuse or neglect.”

Simcoe Muskoka Family Connexions told CBC Toronto that the Child, Youth and Family Services Act “does not include any provisions that address anonymity and/or privacy for the individual who makes a referral.”

Slykhuis also contacted Ontario’s privacy commissioner to try to file a complaint about what she considers a breach of her privacy.

But it turns out the section of the Child, Youth and Family Services Act that deals with the collection, use and disclosure of personal information doesn’t fall under the oversight of the privacy commissioner.

In the meantime, her only recourse is filing a complaint with Simcoe Muskoka Family Connexions.

The children’s aid society also addressed the changes coming in 2020. In a statement, it told CBC Toronto that the Ontario Association of Children’s Aid Societies and children’s aid societies “are currently reviewing whether these provisions will cover professionals and the public who make referrals.”

More generally, Slykhuis would like to see Ontario children’s aid societies remove information about being able to report anonymously from their websites.

“If I had known I couldn’t report anonymously I may have given someone else’s number or mailed in a complaint … done more to protect my identity,” she said.