Robert Wright has many labels: black Nova Scotian, gay, social worker and the list goes on, but he says being a single father comes above it all.

Wright spent Father’s Day cooking pancakes, driving his daughter Maya to the bank and tending to his garden in a home he shares with his 76-year-old mother, Dorothy Wright, and son Aydehn, 15. 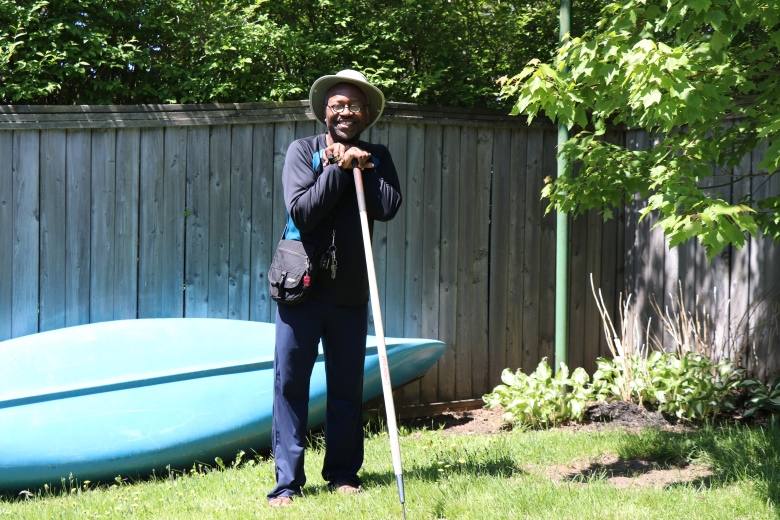 As a social worker, Robert Wright has been helping families for 28 years, but that work first began at home. (Jayde Tynes/CBC)

For the past 14 years, Wright has been a single father of two.

For the past 16 years, he has been an openly gay man.

Having an academic background in child welfare means he is aware of how his existence as a gay, black, single father is viewed as “unconventional.”

There are many ways to become a dad

Maya, 24, is Wright’s biological daughter from his first marriage to a woman.

“I remember when she was born and realizing that I was going to be the best father that a little girl ever had, and then I also had the feeling that it would all go to hell in a hand basket when she turned 12,” he said with a laugh.

His marriage to Maya’s mother ended when she was eight. It was at that time he made the choice to come out publicly as a gay man.

“Coming out later in life made it easier for me, I was already established in my career and my mother was there for me unconditionally,” Wright, who is 51, said. 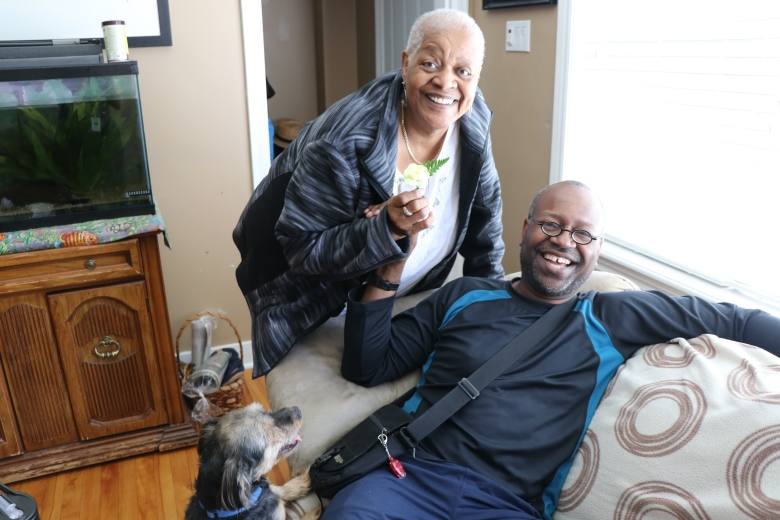 Dorothy Wright brought a Father’s Day boutonniere given to her at church on Sunday. (Jayde Tynes/CBC)

For two years, Wright shared custody with his ex-wife before becoming Maya’s full-time parent and during that time, he became a father again.

Aydehn, his biological nephew, was five months old when placed in Wright’s care by the Nova Scotia family court.

He said having a blended family isn’t something that was new to him.

Growing up, Wright’s mother frequently cared for foster children so when he found out that his nephew needed his care, he didn’t think twice.

“When court was over, I remember the social worker came over to me and said ‘Tell us how long you’re going to need and we will arrange to make the transfer,’ and I just looked at my watch and said ‘How about two hours?'” he said. 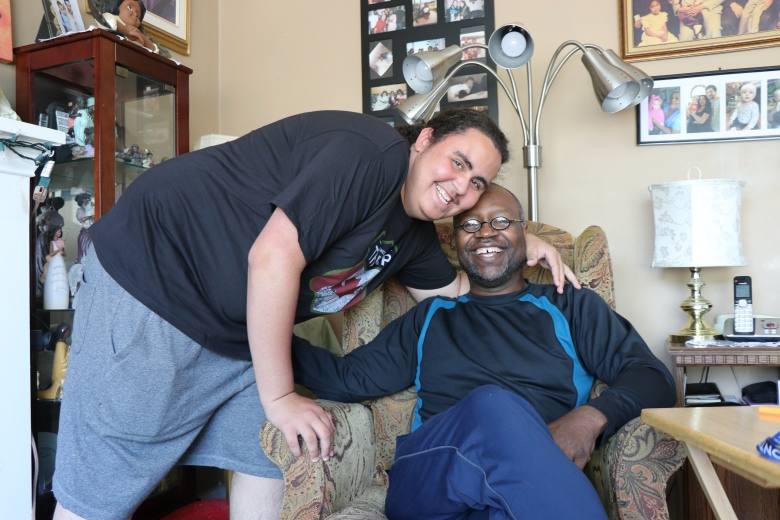 Aydehn Wright brought home a big bag of Doritos for he and his father to enjoy together while watching a movie as a Father’s Day treat. (Jayde Tynes/CBC)

Aydehn has a mild developmental disability, but Wright said it’s not something that he thinks about as a parent.

“He is happy and engaged.”

Black and gay and having ‘the talk’

For Wright, those talks were very important.

Wright said explaining his sexuality to his daughter was very different than explaining it to his son.

“I think the coming-out piece and being gay was a little easier for Aydehn because he’s never known a straight dad,” he said.

He said his daughter needed a more involved conversation and understanding.

“To my daughter, I think it was a little more of a shock when she first saw me dating a man … after that, she was like cool,” he said with a laugh. 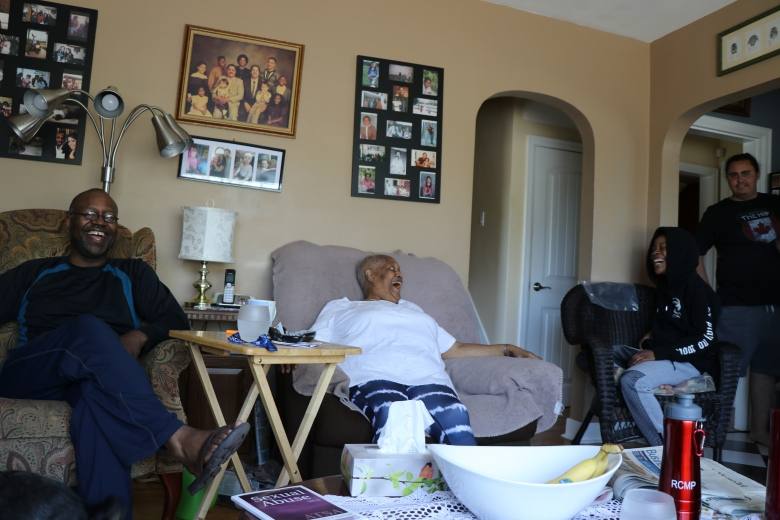 When CBC asked Wright’s daughter what her dad means to her, she had trouble putting together the words.

Wright stepped in and said “What about the tattoo?”

Maya looked up at her father and said “Well, my tattoo pretty much says it all.”

From the nape of her neck down to the middle of her back, Maya has May 17, 1967, written along her spine in Roman numerals. It’s her father’s birthdate.

“I have his birthday tattooed on my back because he always has my back — he is my backbone,” she said, holding back tears. 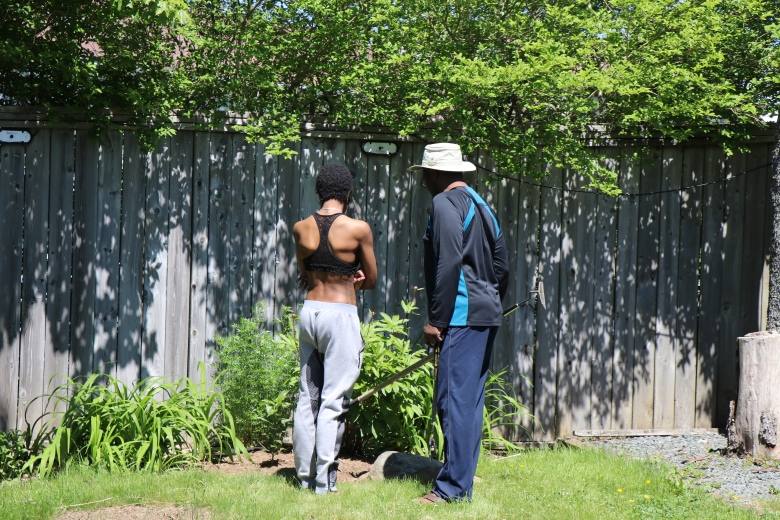 “Today reminds me that not everyone has that,” she said.

After a brief moment of silence, both Maya and her father allowed their tears to fall.

Wright said most of the conflict he and his family face is when practising their faith, particularly when he has a partner.

“It was a challenging for us find a space in terms of worship, when we would go to church as a family that was sometimes a little odd … we encountered challenges,” said Wright.

Wright said race is more of an issue than the sex of his partners.

That became apparent when he dated white men. 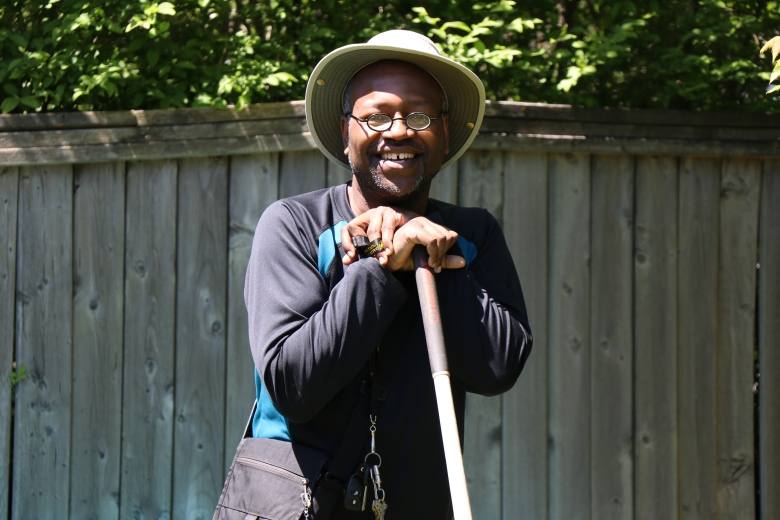 Robert Wright lives in Spryfield with his son and mother. (Jayde Tynes/CBC)

“I remember one person came to me and said ‘OK, OK, Robert, I’m getting my head around this gay thing, but couldn’t you find a brother to be with?'” he said.

For Wright, it does not bother him when people point out his sexuality, race or marital status.

He said it’s because he understands where those views come from.

“There are structures and histories that have oppressed black and queer people.”

He teaches his children to understand how things like racism and homophobia can affect them, but that it is not who they are.

“I teach them to know who they are and to have a strong sense of identity,” he said.

Wright said no matter if you are a parent that has all the privileges in the world or are on the margins of society, you have to be a parent first.

“It’s the role of the parent to always always maintain a bridge between you and your children, they have to know you are there, no matter what,” he said.