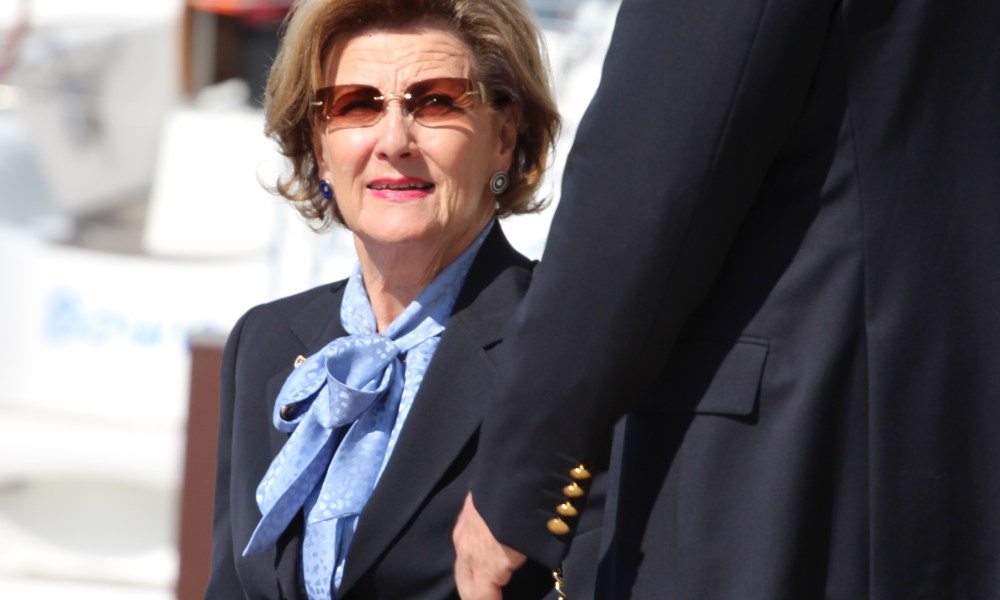 On Thursday this week, Queen Sonja went on a historical tour to the south of Norway. Her Majesty went with the royal yacht “KS Norge” to the island community of Karmøy where she was received by Mayor Jarle Nilsen. Upon arrival, the Queen received flowers from eight-year-old, Daniel and seven-year-old, Alida at the dock where the royal yacht had anchored. 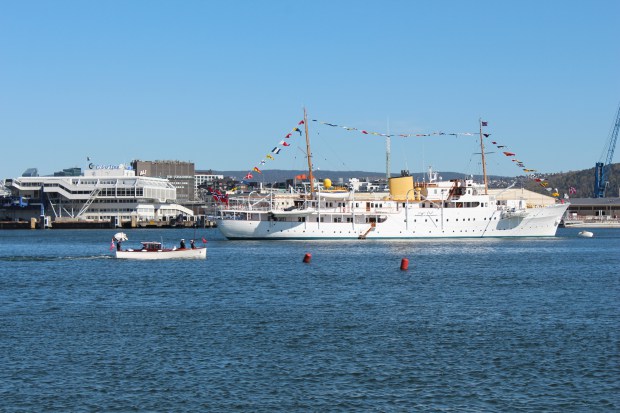 The Norwegian royal yacht “Norge” while the ship is in the Oslofjorden. Photo: Oskar Aanmoen.

The first stop on the tour was to Skudeneshavn. Skudeneshavn is a small town with a small harbour but a long history. The town’s history dates back to the 19th century where fishing helped build this community. On a walk through the city, Queen Sonja received information about the culture and history and had the opportunity to visit the “Bath House”. There, the Queen heard more about how to make new use of old buildings. Her Majesty was also informed about the digital adventure journey “Retrospective”. 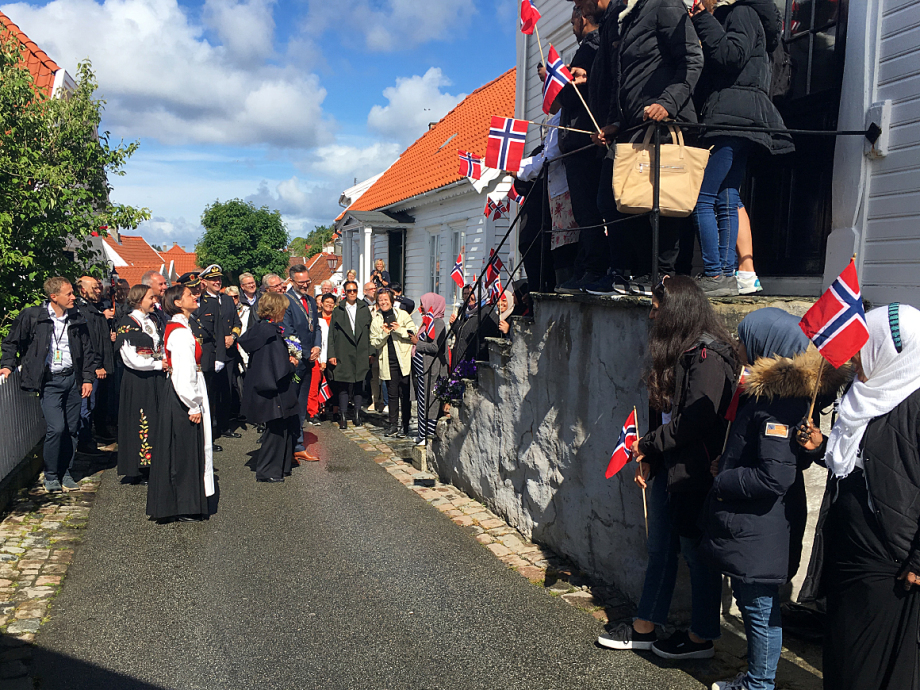 After the visit to Skudeneshavn, the Queen travelled to the old royal farm on Avaldsnes north in Karmøy. Even before the Viking Age, Avaldsnes was a central place used by the local kings, and from there, they could control the road in to the northern part of Norway. With Harald Hårfagre and his descendants, Avaldsnes became a royal farm. So this is a place with almost 1500 years of royal history. 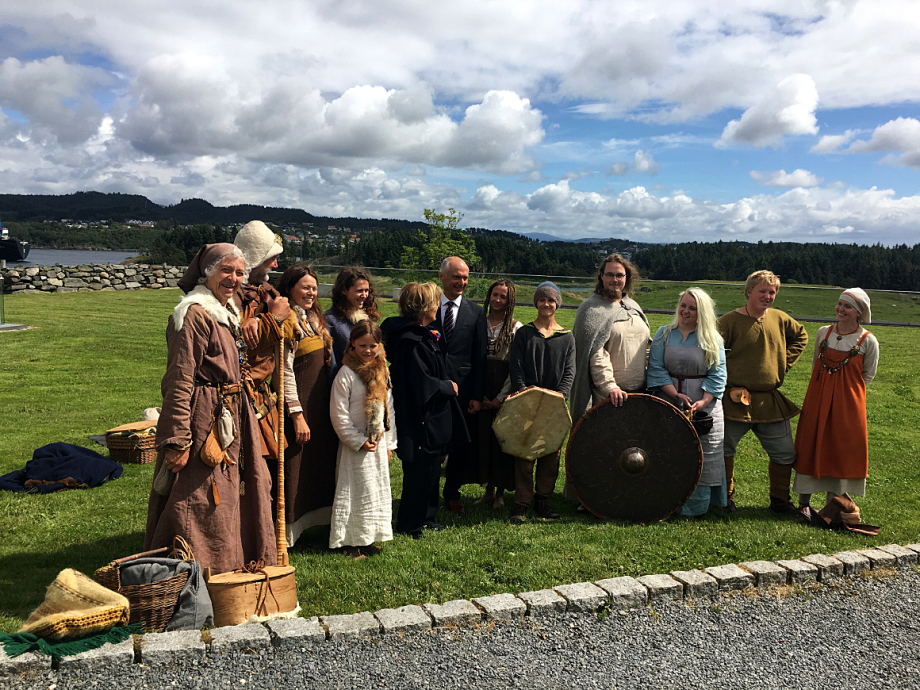 Her Majesty then continued her visit to Nordvegen History Center, built by the old Olav church. Queen Sonja received a tour of the history centre’s main exhibition and received information about the archaeological work taking place at Avaldsnes. The visit to Avaldsnes was completed with a tour of the Olav church. It is assumed that the church was built around 1250. Today, it appears as a powerful memorial of great times gone by.