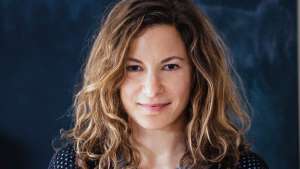 As a child, I didn’t trust the world would adhere to its own rules: what if the sun didn’t set, what if all the clocks were wrong and we were actually days behind? What if my mother died because I wasn’t watching her, or she forgot she had children the second I left for school, moved to Europe without telling us, and took our house with her? These were the thoughts that plagued and propelled me through each day. When my mother didn’t die or disappear, when the house was still there, the sunset, the clocks seemed to keep the right time, I was relieved, only to wake fresh into a new morning wallpapered with my anxiety.

My chest ached until it burnt and was perpetually tight; a hot halo of pins and needles would frequently and abruptly push their way into my skin I was constantly floating away from my body up to the ceiling. What was wrong with me? No one knew, and when no doctor could successfully identify it, I understood that I was defective, that I lacked an important wire, the one that allowed those around me to live life unburdened by chronic fear; while I lived with profound shame for my difference, desperately afraid of being exposed for what I didn’t have. There was a right way to be human, I assumed, and I was doing it wrong.

What I didn’t know, what no one knew, was that I was suffering from an undiagnosed panic disorder. The longer it went untreated, the worse it became. When I was 25 years old, it had out of control, branching into other disorders like clinical depression, dysthymia, social anxiety, relationship anxiety, stage fright, and my panic attacks were unrelenting, frequent, and had no discernible triggers. For three weeks I stayed inside, terrified that the outside world would activate these terrifying episodes, where death tried to tag me out. When I finally got myself to a therapist, it took under three minutes for him to identify what I’d suffered from my entire life.

Like a song to memory, anxiety is sticky; it adheres to every layer of life inside which I exist.

I can’t “get over it”; it’s who I am, and despite the messages sent, people who learn and experience the world differently do not need to be fixed. What we need is to learn how to challenge our beliefs and manage our emotions. An anxiety disorder is when your worries interfere with your everyday life; you don’t live in the world with bouts of anxiety, the anxiety is a world living inside you. Ordinary anxiety is a reaction to stress, it happens in relation to something else, but when you have a disorder, your attacks are unprovoked. They come out from nowhere, without reason—like Freddy Kruger from Friday the 13th. One of the main features of having a panic disorder is the debilitating fear of having a panic attack. In other words, you are panicking about when you might next panic. It’s a super fun cycle.

When I didn’t know what was wrong with me, life was unbearable. Everything set me off; I was like a vulnerable baby bird trying to find its way back to the country from a chaotic city it didn’t know how to navigate. My adult life has been spent learning how to manage myself in this world. I have tried to rig the game in my favour by putting into place the tools I need to go outside and face the same world you face. I take medication, I meditate, I move my body, I call my sister, my friends, I go to therapy, I read a lot of books about anxiety. There is a lot I have to do in order to live without being slaughtered by the insensitivity and thoughtlessness of other people. And people are truly and remarkably insensitive and thoughtless. I am constantly reminding myself that I have close friends and people I love that I can lean on, and that thought soothes me like an adult pacifier.

Some days are a lot harder, like right now for instance. We’ve just lost Kate Spade and Anthony Bourdain to depression (which is the underside of anxiety), which I also suffer from. My book, a memoir about growing up with an undiagnosed panic disorder, came out today. Some people will like it and other people won’t. I am presently fixated on those who won’t like it, consumed in fact and besieged by worry that the New York Times is going to eviscerate it and that I won’t survive that criticism, …anxiety. I am trying to pull myself away from these thoughts by remembering that feelings are not facts, that I have always underestimated my strengths and abilities, and that even if the media publicly shames me, there will be people, people like me, people with children like the child I was, who will be helped by this book, if only because they will understand that they are not alone. That we have each other.

Anxiety is a fear of uncertainty, and life is uncertain, which makes who I am incompatible with the life I was born into. But there are things I can do to feel better. I admit to my pain; I talk about it. I make a phone call. But the most important thing I do is challenge my core beliefs. When I feel that I’m defective, or a failure, I ask myself this: “What if I’m wrong?” That immediately shifts the feeling in my body, and even if it’s for an instant, I can access the sensations of freedom. That I can feel a different way is proof that my core beliefs are not cemented in place, they are ephemeral, and I can change them—not all at once, and never entirely, but bit by bit and over the course of a lifetime.

Anxious people cling to what could go wrong and not what’s gone right. Worry is a strategy that doesn’t actually work, that is often misinterpreted for negativity and which doesn’t serve us well, and yet, it won’t stop coming to our table to give us more. I have a panic disorder, and while it no longer runs my life, it still runs inside me, like a dying battery I do not want to replace. Because here’s the thing. Anxiety has taught me what it means to be truly human. I understand the world from a different angle than most people, and while it’s not necessarily a better angle, it’s one that makes me more attuned to other people’s suffering, which means I can always be someone’s safe place. I would not bestow my mental anguish on anyone, and while I wish I didn’t have it to the degree that I do, I can say that it makes me a better friend, and a person who finds profound fulfilment in helping others when they’re suffering.

Amanda Stern’s memoir, Little Panic: Dispatches From an Anxious Life, is out today. 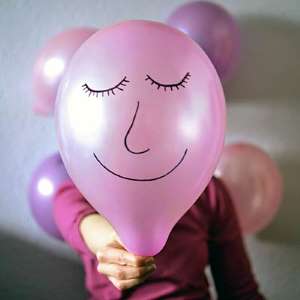 12 Worst Habits For Your Mental Health