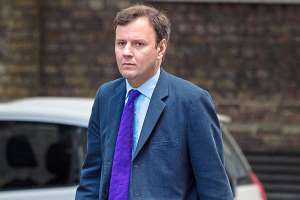 Theresa May has lost another government minister after Greg Hands quit in protest over Heathrow expansion.

Greg Hands said he was resigning as International Trade Secretary so he could vote against a third runway at Britain’s busiest airport.

The MP for Chelsea and Fulham tweeted: “As the Government will be whipping the vote on Monday, this means I am resigning from the Government. “It has been an honour to serve the Prime Minister (and her predecessor) for the last 7 years and I wish the PM & the Government every continuing success.”

As the Government will be whipping the vote on Monday, this means I am resigning from the Government. It has been an honour to serve the Prime Minister (and her predecessor) for the last 7 years and I wish the PM & the Government every continuing success. https://t.co/GQedGcfy80

A Downing Street spokesman said: “Greg Hands has served the government with great ability and distinction over several years, and we thank him for all of his work.

“This government is committed to expanding airport capacity at Heathrow – this is an important decision which will play a crucial role in securing the future of Global Britain.”

Heathrow bosses have so far refused to say which areas of the capital will be affected by hundreds of thousands more flights a year at the west London airport.

Video: Here’s what Heathrow could look like after an expansion (Sky News)

But many MPs in west London are concerned that their constituencies could be affected. Mr Hands won Chelsea & Fulham at last year’s election with a majority of 8,188.

Mrs May is still expected to get Commons backing for a third runway by a comfortable majority, as it is supported by many Labour MPs from the regions, as well as the SNP.

However, anti-third runway campaigners praised Mr Hands for his stance.

Tory MP Zac Goldsmith resigned as Richmond Park MP in 2016 over the Government’s stance on Heathrow, sparking a by-election which he lost, before winning back the seat last year. He tweeted: “Thank you Greg. This should NOT be a whipped vote. It cannot be right for a Party to whip people into breaking solemn promises.” 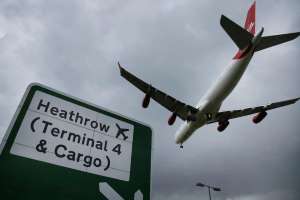 
Before Mr Hands had confirmed his resignation he had said he would vote against another runway, former Cabinet minister Justine Greening, MP for Putney, said: “Great news Greg! Lots of MPs will worry about costs, pollution, safety and regional impact. Would be sensible if PM could allow Conservative MPs a free vote on #Heathrow expansion.”

Mr Hands, 52, who was elected an MP in 2005, is seen as a loyalist MP and his resignation appeared to take his own department by surprise, with Antonia Romeo, its permanent secretary this morning highlighting her work with him.

Brexit minister Steve Baker said: “It’s been a huge pleasure to work alongside @GregHands in his capacity as Trade Minister. He’s been a brilliant colleague and he leaves a considerable gap to fill”

Mr Hands, a fluent German speaker, was elected MP for Hammersmith & Fulham in 2005 and then the redrawn Chelsea & Fulham constituency from 2010 onwards.

In 2011 he was appointed a Treasury Whip, and then became Deputy Chief Whip. He was promoted to Chief Secretary to the Treasury in 2015. Under Theresa May he was appointed Trade and Investment Minister in July 2016 and served as Minister for London between June 2017 and January 2018.

He worked on the trading floors of the City and New York and led the Conservative group on Hammersmith & Fulham Council before entering Parliament.