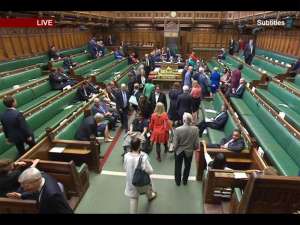 The Conservatives have been branded “cruel” after forcing seriously ill MPs to leave their sickbeds in order to vote, ripping up normal Commons rules.

One Labour MP said she had to discharge herself from hospital and delay a possible operation to take part in the showdown on a “meaningful vote”, while dosed up on morphine.

Four other MPs were also required to vote while sick – while others had to go through the voting lobbies while heavily pregnant.

Labour accused the Conservatives of breaking with decades of convention by refusing to allow “nodding through” – perhaps in an ambulance, somewhere on the parliamentary estate.

Even during the knife-edge votes of the 1970s, when the Callaghan government teetered on the brink of falling, “nodding through” had been allowed, the party pointed out. 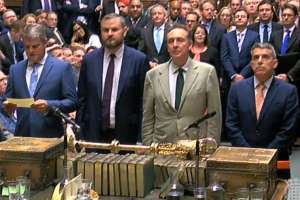 
Naz Shah told The Independent how she was forced to travel from her constituency in Bradford – and then be pushed in to vote in a wheelchair, with a sick bucket on her lap.

“I was taken to hospital last Friday and I could have had the surgery I needed today,” she said.

“I had to discharge myself from hospital, against medical advice – and when I got to parliament, the Tories said I couldn’t be nodded through and forced me to go through the voting lobby.

“It’s disgraceful and has made my pain worse. I had to take more morphine and am now going straight back to hospital in Bradford.”

A second Labour MP voted while in a wheelchair, while Laura Pidcock, a Labour MP who is eight months pregnant and suffering serious back pain, also had to vote.

Liberal Democrat Jo Swinson came into parliament to vote even though she is several days past the date she was due to give birth.

The prime minister’s spokesman declined to comment. The Independent has asked the Conservatives to respond to the criticism.

Mark Tami, a Labour whip, said: “It was cruel and unnecessary. Parliament talks about making itself more family-friendly and then the Tories refuse a request like this.

“It was Labour who had the sick MPs today – but who is to say that, in six months’ time, it won’t be Conservative MPs who are ill?”