On 12th April 1961 Major Yuri Alexeyevich Gagarin became the first human in space and the first person to orbit the Earth. The Vostok-1 spacecraft blasted off from the Baikonur launch site at 06:07 UTC* (09:07am Moscow time).

Gagarin’s flight lasted 108 minutes, this including 89 minutes in space. He completed one orbit of the Earth, travelling at 27,400 kilometres per hour. At the highest point, Gagarin was 327km (203miles) above mean sea level.

For many years it was believed that Gagarin landed inside his capsule. It wasn’t until 4 months later, when Gherman Titov (the second man in space) had admitted to ejecting himself from Vostok-2, that there was any investigation that Gagarin had in fact ejected from Vostok-1 and parachuted to the ground.

The Fédération Aéronautique Internationale (FAI) delegates decided to redefine the qualifying parameters of human spaceflight to recognize that “the great technological accomplishment of spaceflight was the launch, orbiting and safe return of the human”, not the manner in which he or she landed. Therefore, Gagarin remained the First Man in Space and his status as hero of the Soviet Union was unaffected. 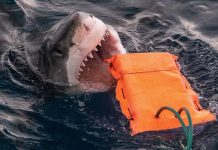 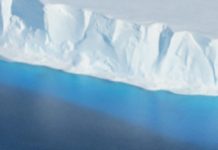 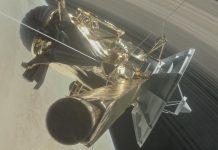