In a new study, researchers from the University of Copenhagen have discovered two important functions of a protein called RTEL1 during cell division. The researchers hope that the new knowledge will help to find new cancer treatments.

One of the body’s most important processes is cell division, which occurs throughout life. Normal cells only have a limited number of divisions, while in cancer cells the cell division goes awry and is uncontrollable.

The cell division cycle contains several phases. The two most important are S-phase when the cell’s DNA is duplicated or replicated, and mitosis when the duplicated DNA is divided equally between the two daughter cells.

Therefore, much research is being done to identify the proteins that play key roles in the cell division of human cells. In a new study, researchers from the University of Copenhagen have uncovered two important functions of a special protein during the cell division cycle of cancer cells.

The new study shows that this protein – called RTEL1 – plays an important role in both S-phase and mitosis. The results have been published in the scientific journal Nature Structural & Molecular Biology.

“We discovered RTEL1 has two key functions. In the S-phase, RTEL1 can prevent damaging clashes between the processes of DNA replication and transcription (when RNA is made), which otherwise can cause DNA damage and chromosome instability. It does this by ‘ironing out’ certain unusual structures that can form between DNA and RNA called R-loops.”

“The second feature is that RTEL1 promotes a process called MiDAS, which is very common in cancer cells and happens in mitosis,” says Ying Liu, Associate Professor at the Center for Chromosome Stability (CCS), Department of Cellular and Molecular Medicine.

Tests with Three Forms of Cancer

MiDAS stands for “mitotic DNA synthesis” and occurs at the early stage of mitosis. This process was discovered at the CCS in 2015 in a study led by Professor Ian Hickson.

“Our earlier data showed that cancer cells utilize this unusual form of DNA replication far more often than normal cells, because cancer cells have a lot of ‘replication stress’ in S-phase due to the cell division cycle being perturbed by the over-activity of cancer-causing genes called oncogenes,” says Ian Hickson.

MiDAS helps cells to finish DNA replication that is not completed in S-phase.

“If MiDAS cannot take place, it leads to cell death or mutations in the surviving cells. In the case of cancer, this means that the cancer cell has the potential to become even more abnormal due to the new mutations,” Ying Liu explains.

In the new study, which is a continuation of the previous findings in the CCS, the researchers have primarily done tests on different types of cancer cells including bone, cervical and colon cancer.

Two Roles in One Cell Division

It was a surprise to the researchers to see how big a role the RTEL1 protein plays in cell division.

“We were investigating which proteins help cancer cells to use MiDAS. And then this protein, RTEL1, came up, which was a surprise. We did not expect it had such a big effect.”

“We believe that this RTEL1 function is critical for any cancer cells that rely on MiDAS, which is more than 80 percent of the known cancer types based on our knowledge. Therefore, we can use this to design drugs to inhibit RTEL1 and hopefully selectively kill cancer cells,” says Ying Liu.

Their next step will be to investigate how RTEL1 performs its two roles and whether they are connected. They will also investigate exactly how RTEL1 promotes MiDAS in mitosis. 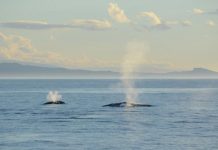 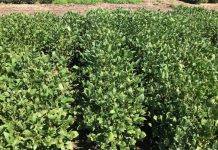 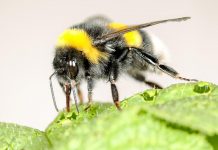